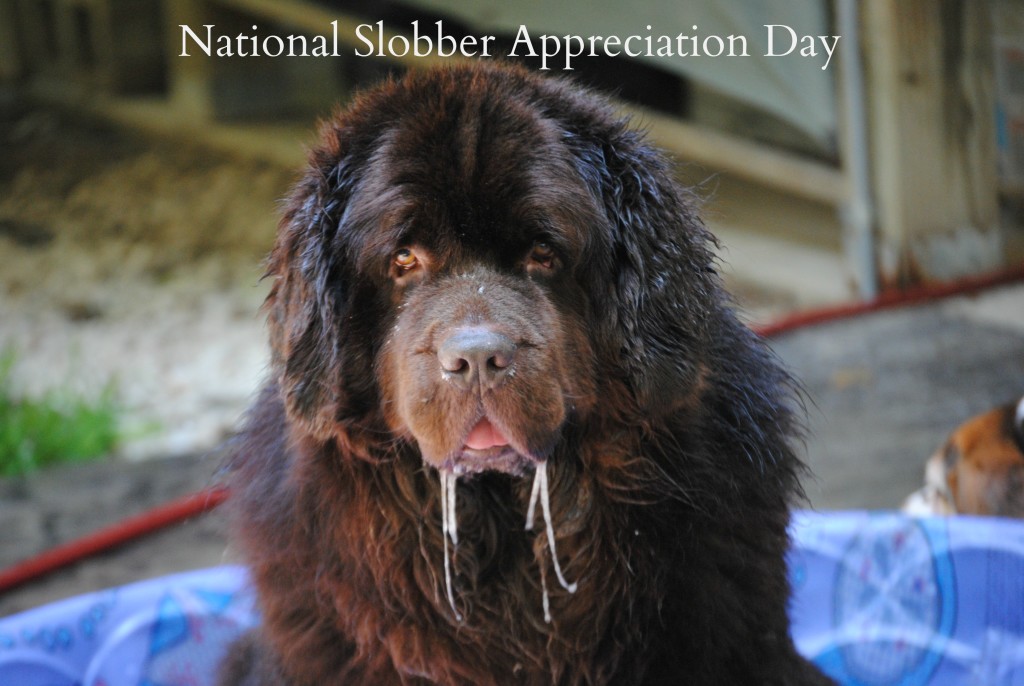 The Double Shoestring. This technique takes a bit of practice to master, but some dogs are just gifted with the ability

I made that up.

But in light of certain developments over the week, I thought maybe we should have a day set aside for slobber fun and education.

Now, let’s make a few things clear before we get started.

It’s for any dog that slobbers, but all I have is Newfoundlands so that is what my slobber pictures and post will be about.

2. Not everyone is a fan of slobber.

I understand that, and that is why you have a dog that does not slobber.

I appreciate the fact that you know that a slobbery dog is not a good fit for you. 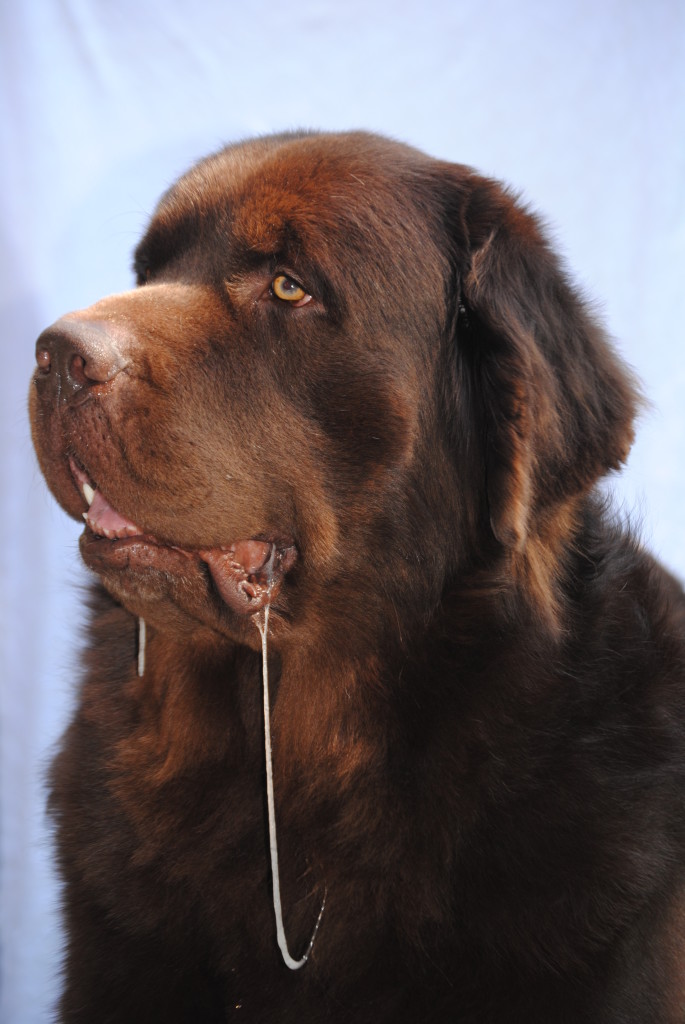 Shoestring with a little bit of a fancy curve

Now that we have that out of the way, let’s get started!

What exactly is slobber?

To slobber is to let saliva or liquid spill from the mouth; drool.

Can slobber be defined another way?

Yes. Some other words used to define slobber can be drool, goobers, flooger, slime.

Do all Newfoundland dogs slobber?

Yes, to some extent, and some Newfoundlands drool more than others. 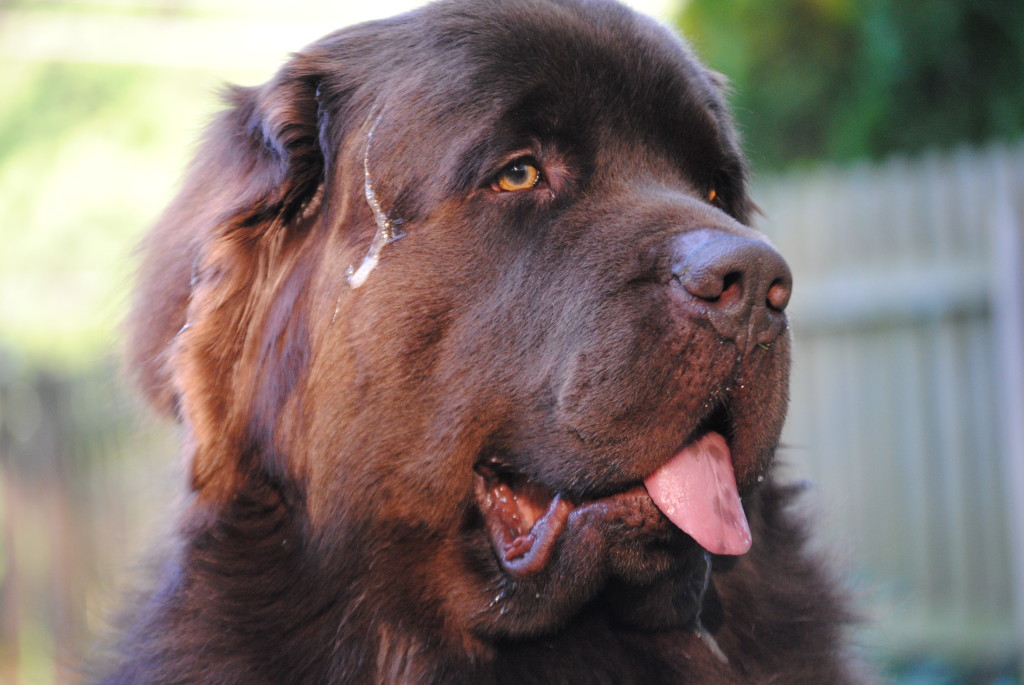 Oops! How did that get there?

Is there such thing as dry mouth Newfoundland?

And don’t let anyone tell you differently.

Some people claim to breed dry mouth Newfoundlands and the problem with that is they claim to love the breed but not the slobber so they try to alter the breed by breeding for tighter flews.

I don’t understand how you can love a breed but want to alter it to fit your needs.

Are there different types of slobber?

Yes. Owners of slobbery dogs have many names for that. 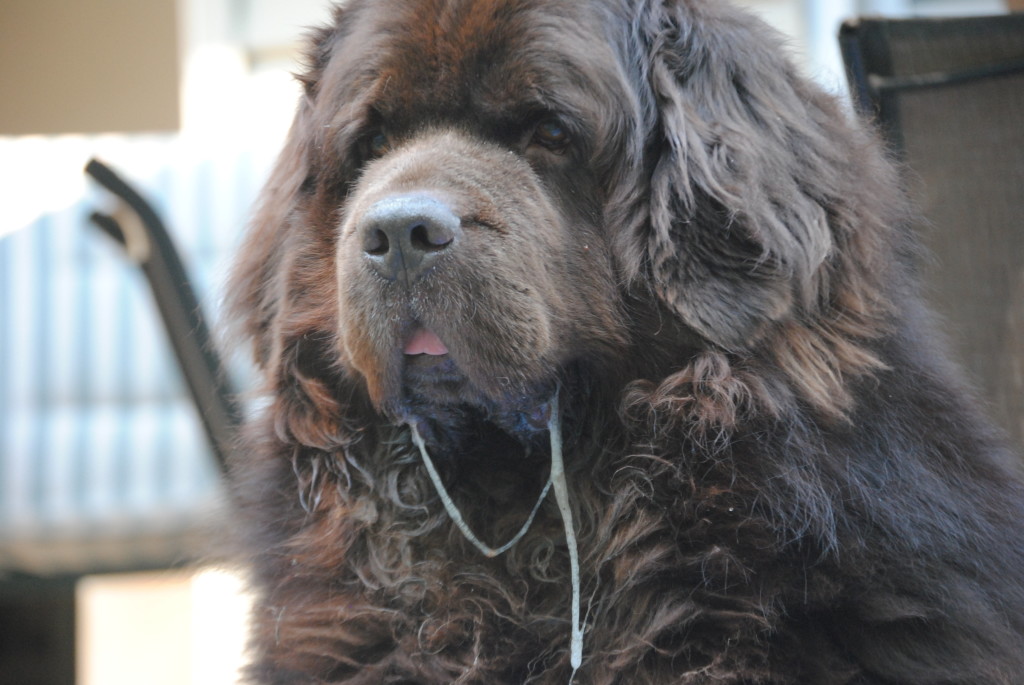 How do you stop slobber?

You let it flow.

How do you wipe it away?

Any towel will do.

Or you can use a bib. 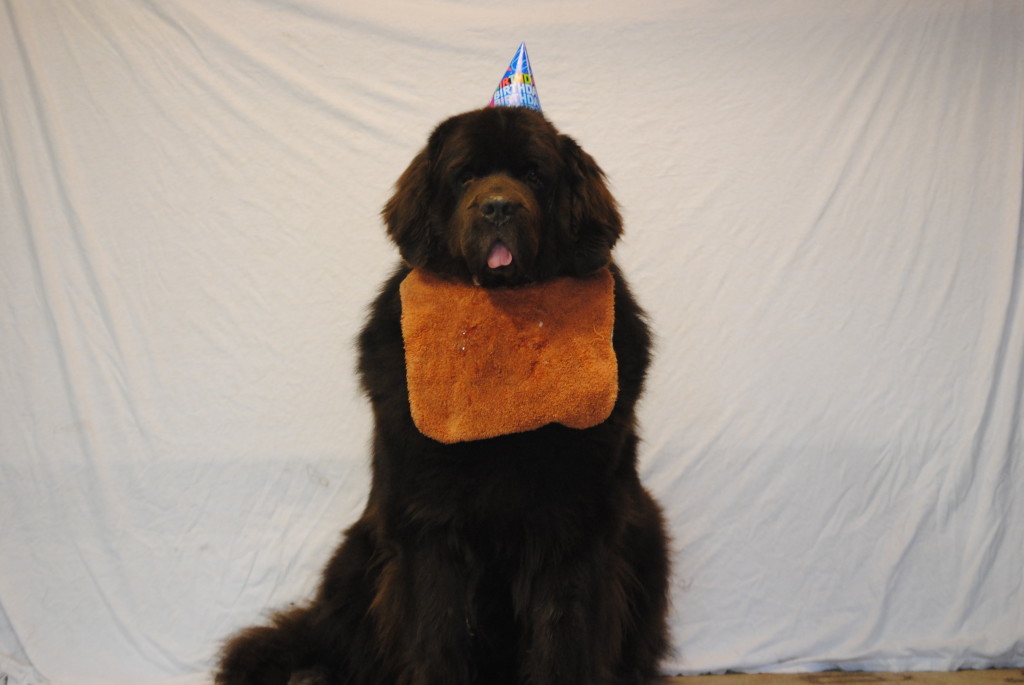 We have towels placed strategically in every room of the house in case of an emergency wipe is needed.

When we have multiple guests over Sherman will wear a bib, that way if I am not in the room at the time of leakage,  anyone can simply lift the bib and wipe.

I am fully aware that some of my guests do not like slobber so I try and make it easy for them.

If they don’t want to wipe, someone in my family will do it for them.

I’m not going to lie.

If you step just right in a nice, fresh puddle of it on your lament floor you could go sliding.

Been there. Done that.

Do you ever find slobber embarrassing?

Again, I’m not going to lie.

One time when I was walking Leroy a very nice-looking man stopped to chat with us.

I was trying to be all cool and then Leroy shook his head and a big slobber landed on the side of my face.

It was embarrassing, but only because I was trying to be cool, and while drool is cool, it’s not so cool on the side of your face when you are talking to a “hot” stranger.

I guess that depends on the kid, mine are used to it and know that it comes with the territory.

They are both very gifted in the “slobber wiping” department and Gracie would never let a little slobber stop her from giving one of her dogs a hug.

Does slobber get all over your house?

Not all over, but it has found its way onto my walls, ceilings, lampshades, couches, and well………..yes, I guess it does get all over my house but that’s fine, it’s nothing that a little wiping won’t get rid over, and it’s not like my house is dripping with slobber.

If Sherman or Leroy have a slobber hanging and they shake their head, the slobber has to land somewhere, right?

What do you use to wipe the slobber up with if it is on your walls?

If it’s still fresh I wipe it with a rag.

If it has dried, which most of it has, I use Mr. Clean’s Magic Eraser. It really is magic you know.

Well, I think that about sums it up for my National Slobber Appreciation Day post. If you think of any more questions about slobber, ask away, or if you would like to add any additional information about slobber, feel free.

And if you would like to show off your slobber, stop by our Facebook Page today and throughout the weekend and proudly display your slobber appreciation!

It made my day to see this post!!! Everyday is slobber day here and I love it!!! My Newf girl Hazel is a brown Newf also. She is the light of my life along with my Saint Bernard Sadie. :) Thank You so much for sharing this. Everyone should have a slobbery gentle giant.

Thank you for the kind words Joann and thanks so much for stopping by and saying hello! I couldn't agree more that everyone should have a slobbery gentle giant!

Is the bib on the above Newfie actually one of those furry mats that sits around the bathroom toilet? :)

So sorry really wanted to enter. We have had tons of slobber stringy. Wrap around the head, foamy, wraparound the other dogs head. It would have been perfect!! But we had to be gone almost all weekend so I couldn't get any pictures:/ how embarrassing ;(