When You’re The Dog That Isn’t Sick 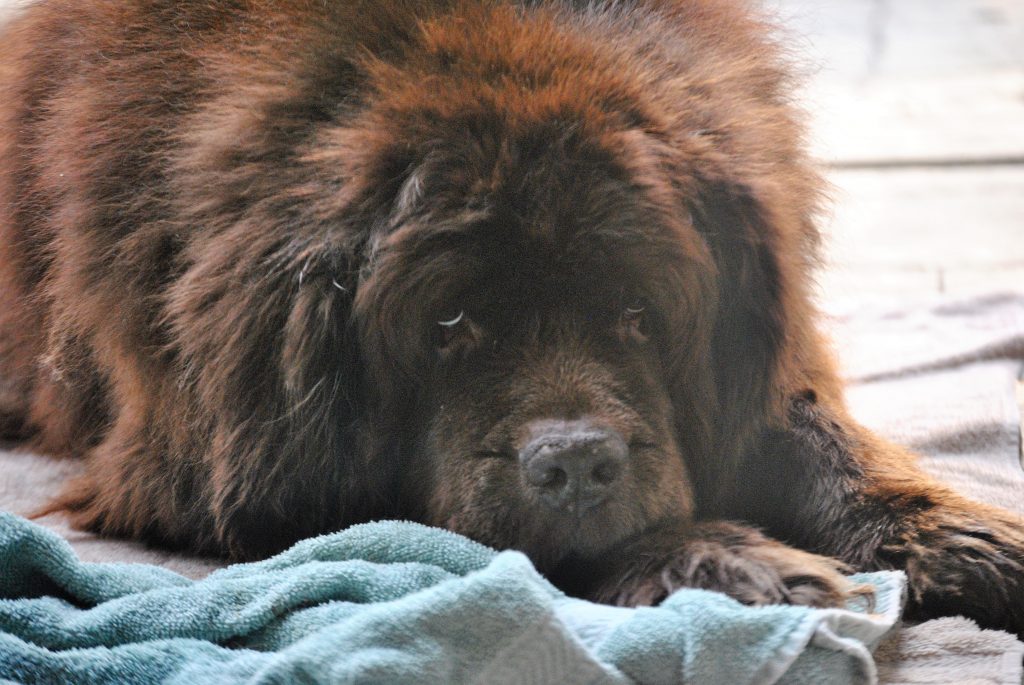 For the past month I’ve been struggling to get Sherman to eat his morning meal.

He has never been one to miss a meal so it had me a little concerned.

I tried all kinds of stuff, added bone broth, some dehydrated raw and I even had my husband try to feed him in the morning. 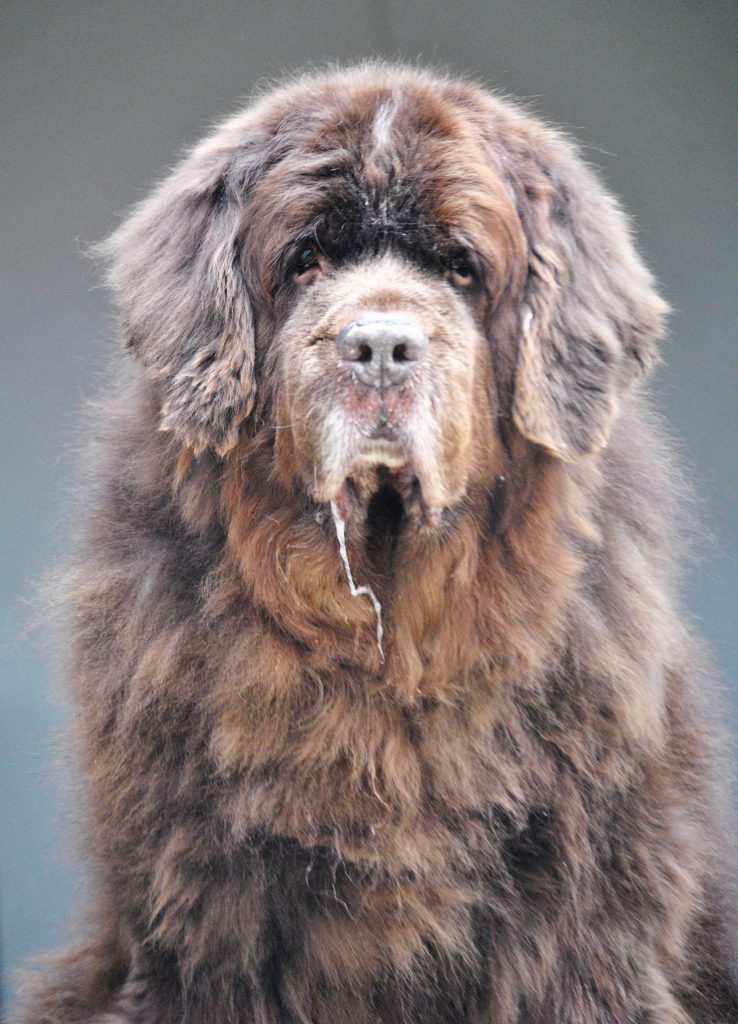 Last week I figured it out.

Sherman has been watching me give Leroy his medication in the morning.

Leroy gets his medication in a scoop of pumpkin.

Sherman doesn’t like pumpkin all that much and his supplements go in his food so he doesn’t get “something” before he eats in the morning.

So I started giving Sherman a scoop of pumpkin after I would give it to Leroy and he’s been eating his breakfast ever since. 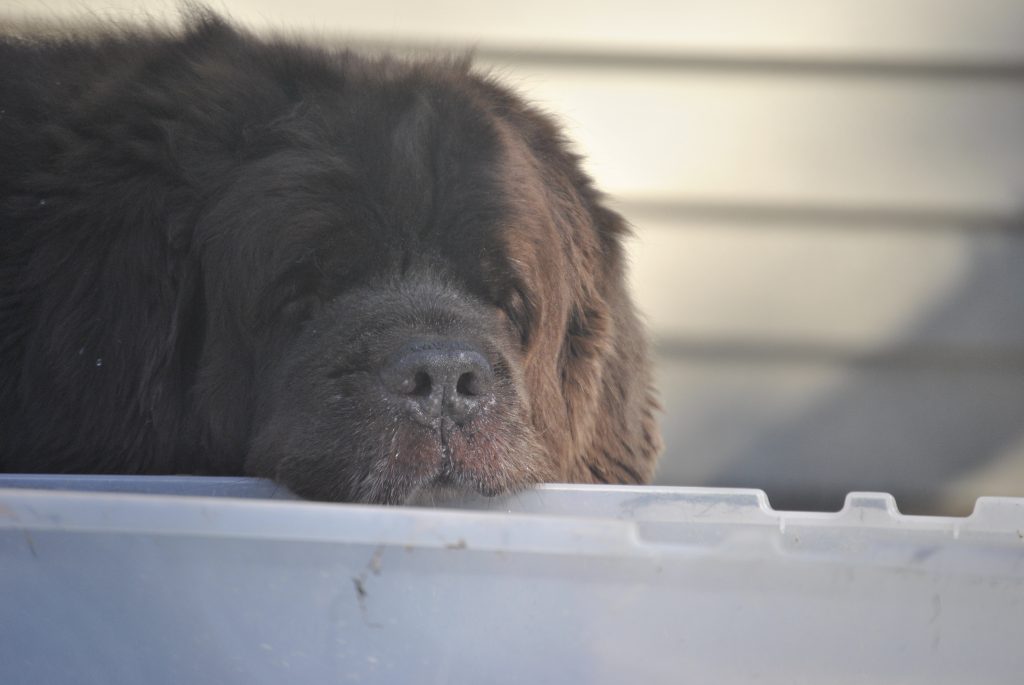 I can’t help but feel bad that Sherman wasn’t eating because he wasn’t getting something like Leroy does.

And I feel even worse that it took me so long to figure it out.

While I always do my best to spread the love between the boys, I’m sensing that Sherman is feeling a little bummed out that Leroy has been getting so much special attention.

He quietly watches us take care of Leroy. 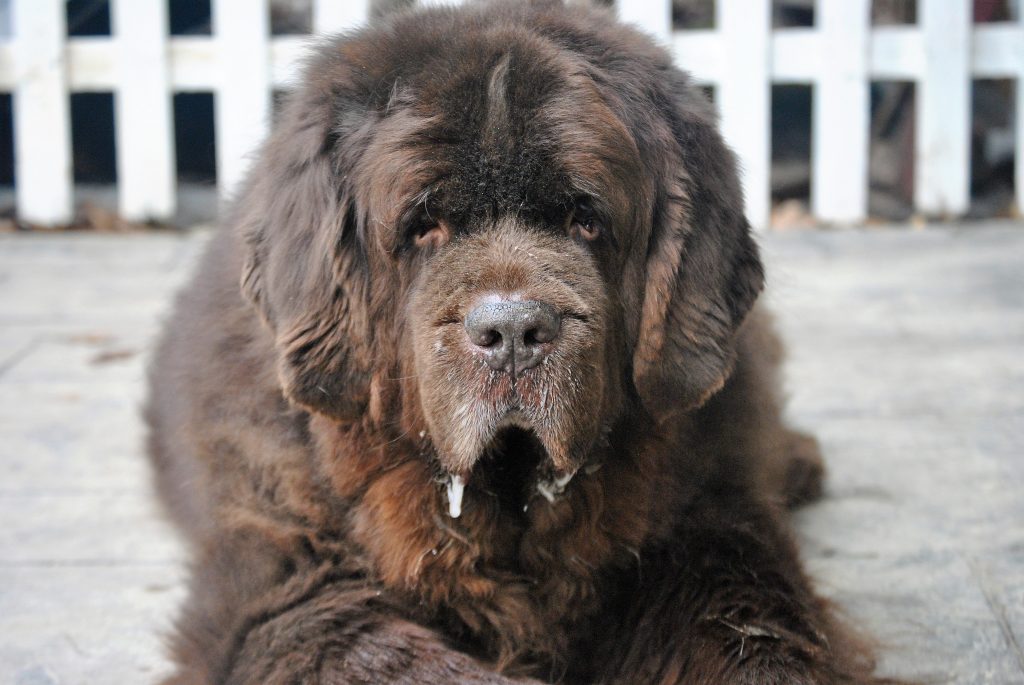 The other day, as I was helping Leroy climb the stairs, Sherman walked over to the top of the stairs and laid down.

He was blocking the entire doorway and he was staring right at us.

Now, Sherman has done this before and under normal circumstances Leroy would just jump over him, but I can’t help but wonder if Sherman was trying to make Leroy’s life a little more difficult.

I had to tell him to move because Leroy and I were at the top of the stairs and if Leroy’s legs would have given out, we both were going to take a tumble. I told him in my most stern but very nice way, ‘Ya gotta move buddy” and he did, with a big sigh. 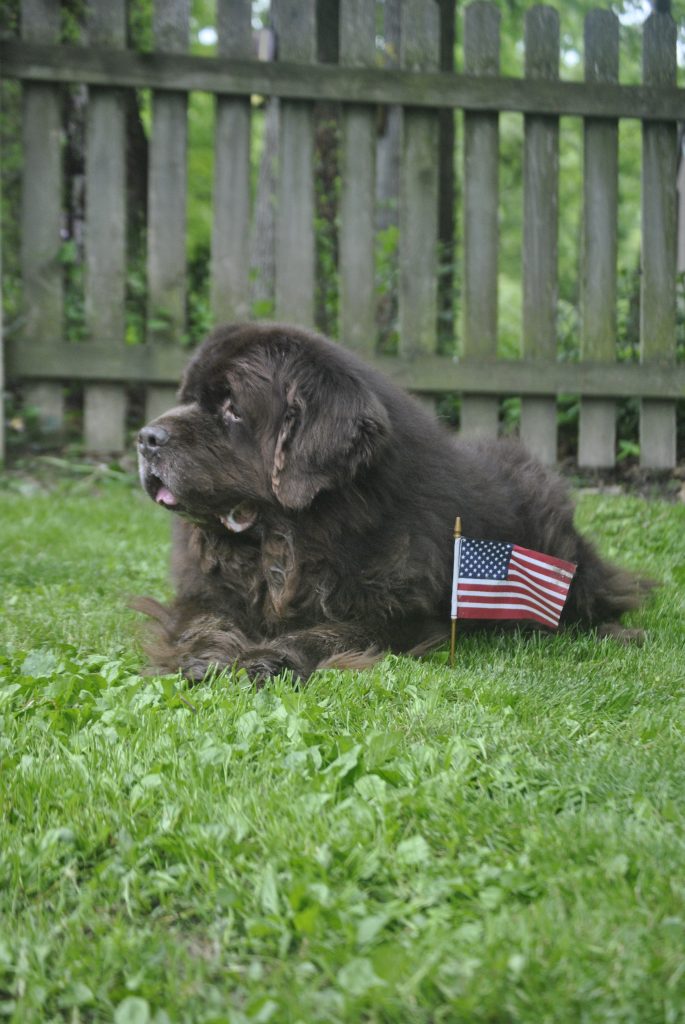 Now, don’t get me wrong. Sherman is in no way neglected. Sherman and I have our own little things that only him and I do but I’ve been feeling bad lately and I think it goes back to almost 10 years ago, when getting Leroy was being discussed.

I did not want another Newfoundland.

I wanted 1 Newfoundland in our family and I wanted to love that Newfie as much as I possibly could.

I wanted to devote the next several years to 1 Newfoundland and 2 kids.

But then, who’s going to deny their husband wanting to add another Newfie to the family? 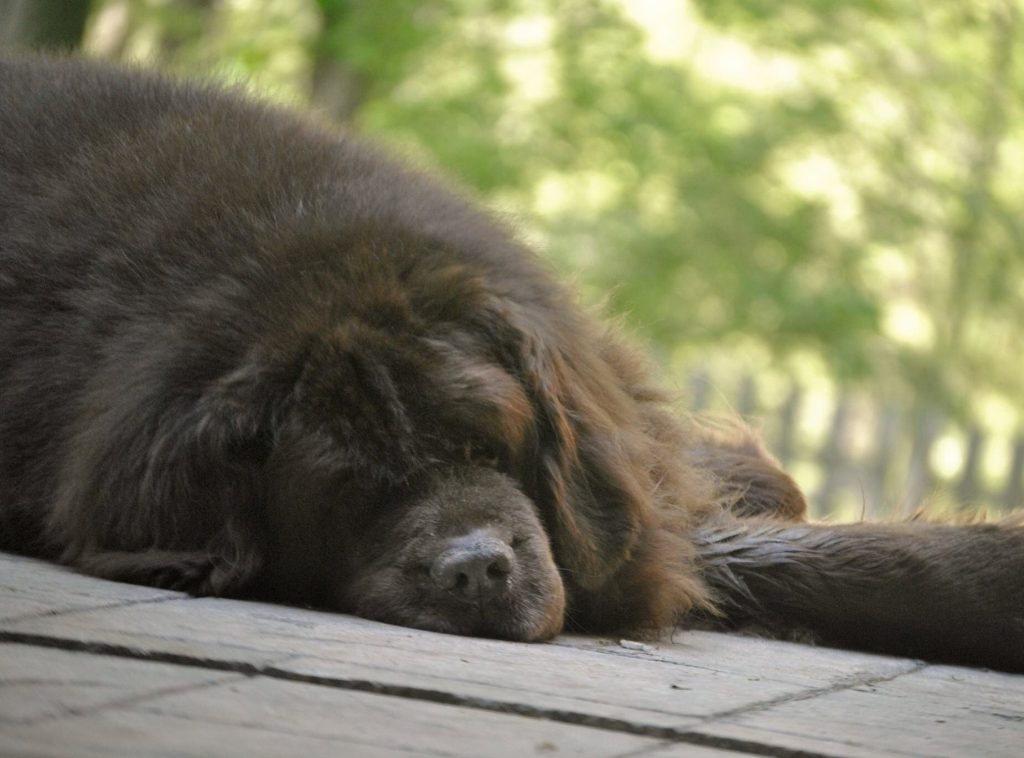 The day we were set to pick Leroy up at the airport, I curled up on the floor with Sherman and sang, in tears, “You know you will always be my baby.”

I don’t know, I think I just knew that Sherman was too easy of a puppy and we wouldn’t have that luck again.

Now, let me tell you how the last 10 years have been.

Sherman has always be the quiet one. He’s always by myself, keeps to himself and asks for much.

He will protect me if need be unlike his brother who I don’t believe will. Not because he doesn’t like me but because he wouldn’t know how. I don’t Leroy has that instinct. 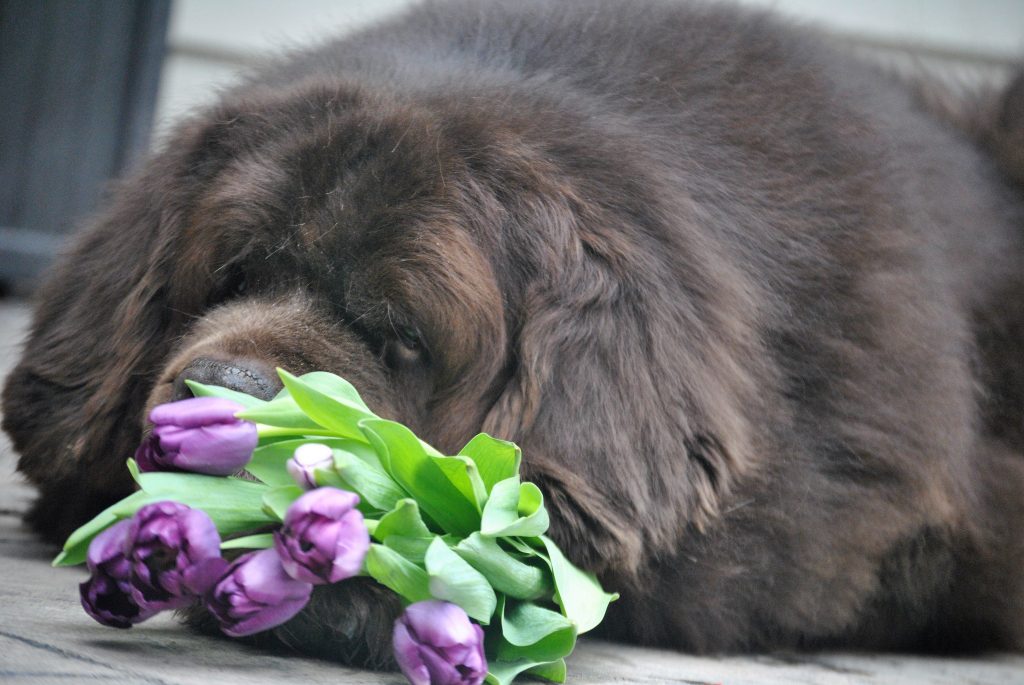 Example, one day the family was messing around in the front room and there was a lot of horse-play going on. Sherman doesn’t like that and he immediately wedged himself between me and the kids.

Leroy jumped on me from behind and took me down.

Sherman’s laid back personality has always but him in the underdog category but he’s not an underdog at all.

When called upon, Sherman will do what needs to be done.

His OCD doesn’t make him a likely candidate but he always delivers. 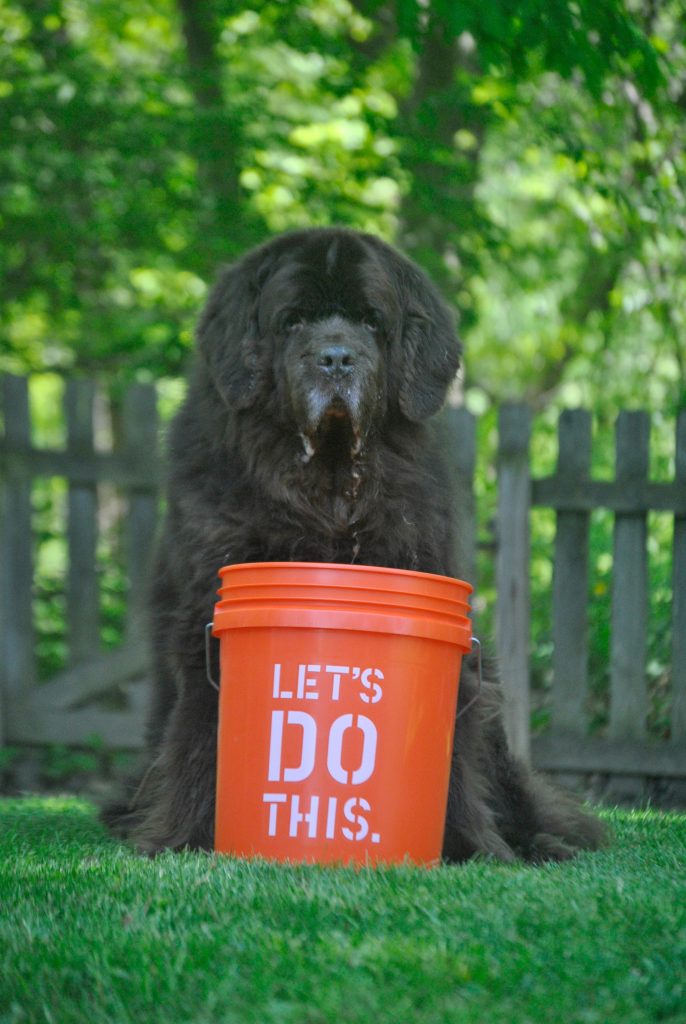 Just like when we were training the boys to pull carts. We didn’t think Sherman would be a fan because we thought he would be spooked by the cart behind him, but he did it.

Swimming, we didn’t think he would be the first and only Newf to jump in the pool, but he did it.

Chasing an opossum out of the basement, he did it and then laid on top of it.

Wearing a hat, did it. 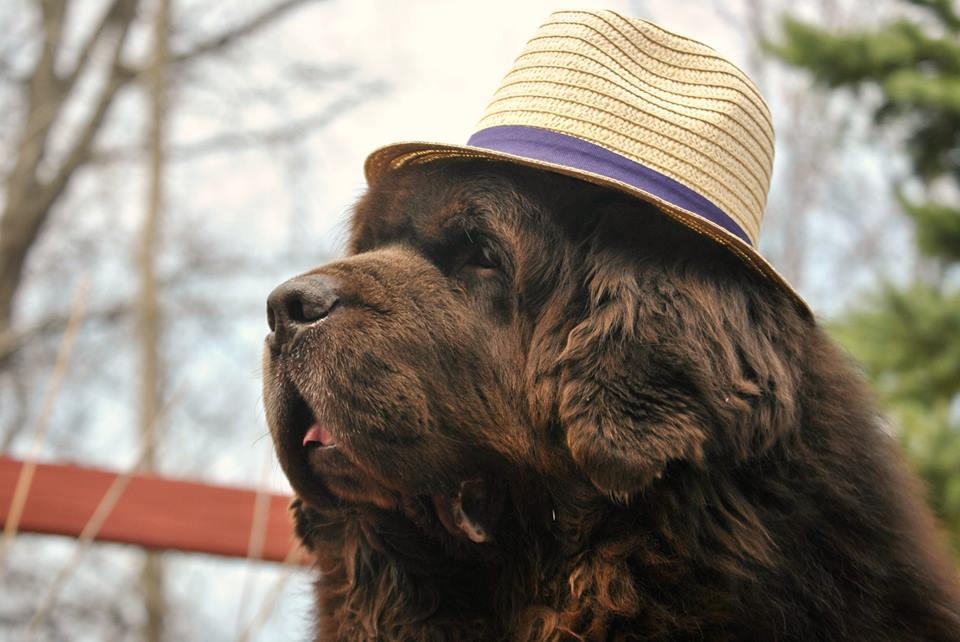 The past few months, while Leroy has been sick, Sherman has remained by my side.

He’s always close by and only asks for a few kisses and belly rubs. He’s taken over being the first to greet me when I come home because Leroy can’t get up on his own.

Despite not being a fan of the camera, he has stepped up into the dog modeling role while Leroy is recovering.

Dog mom worries about the non-sick dog ALL the time.

The non-sick dog will always be the dog moms baby.

Ice cream is on me this weekend. 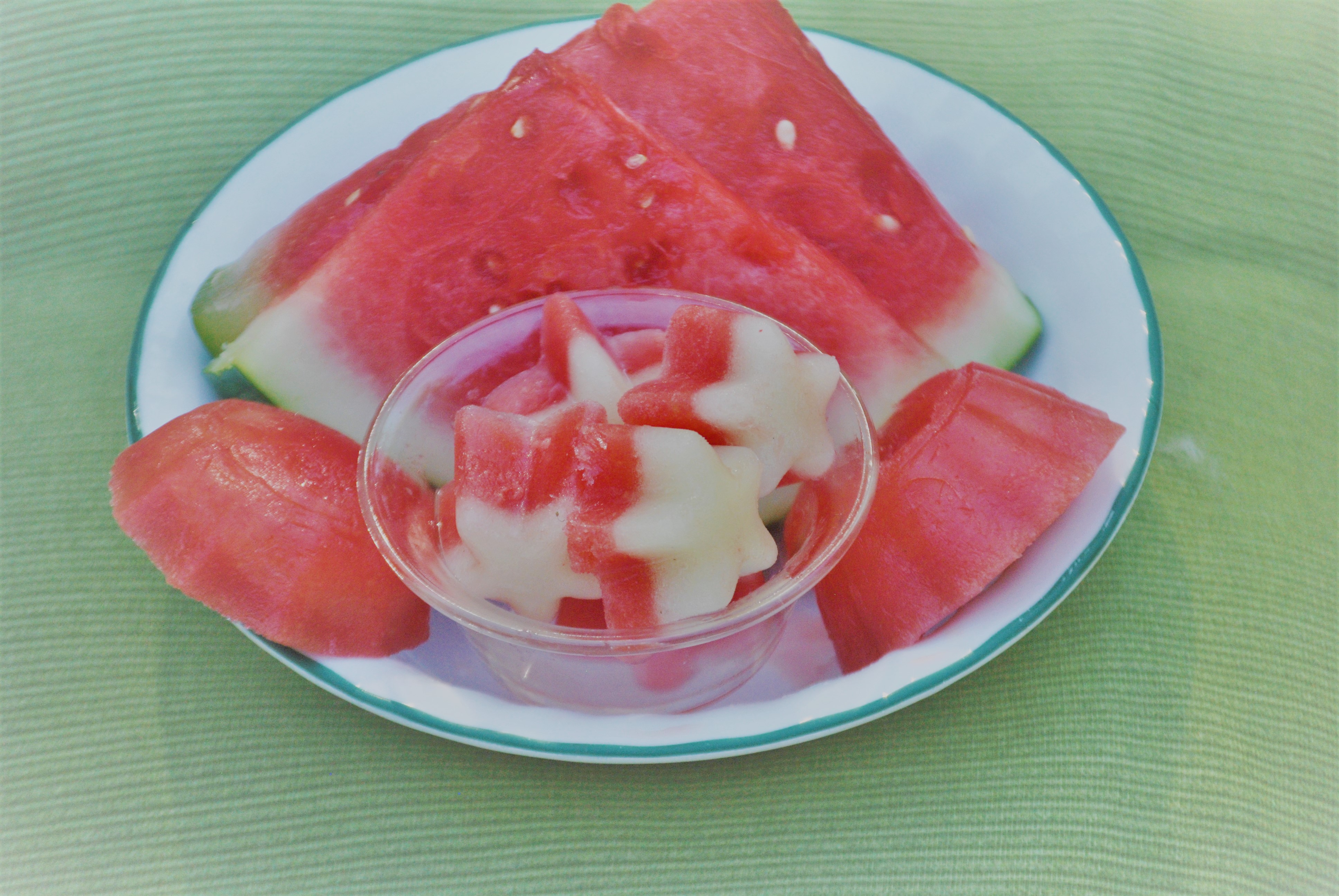 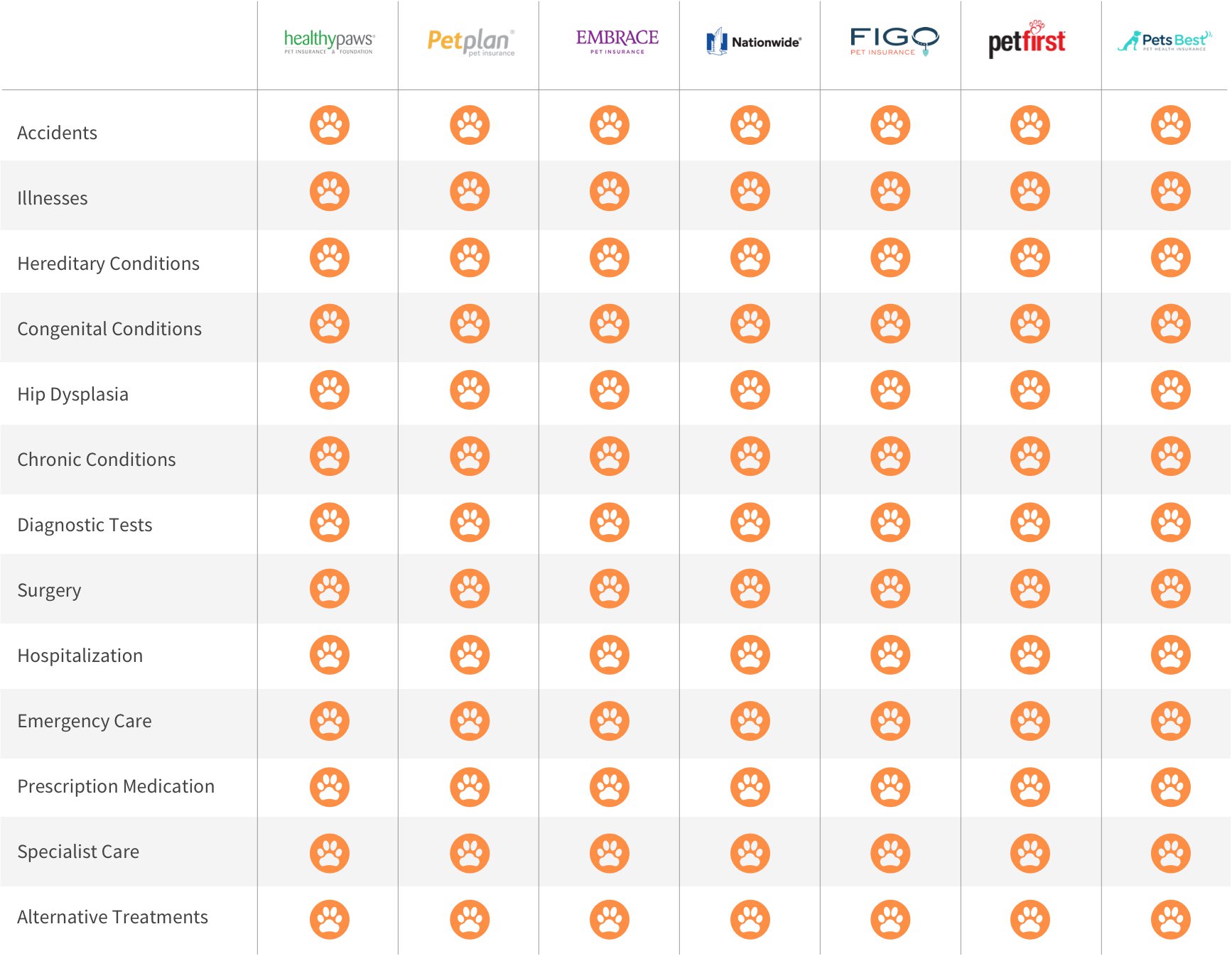 Next
Pet Insurance Providers. Which One Is Best For Your Dog?
Click here to cancel reply.

I was actually wondering about this not long ago, whether Sherman feels left out since Leroy has had health issue the last year or so. Poor Sherman probably doesn't fully understand why it seems like his bro is getting all the attention. It must be difficult. When Icy was the only pup for her first 2 years and then clingy, velcro dog Phoebe came along, Icy's world changed. We try to do special things with just her taking her on little outings, but I can see she still feels like Phoebe has taken away so much attention. Moms can only do their best. I think there is always enough love to go around. Love & Biscuits, Dogs Luv Us and We Luv Them

How fascinating. I've been working on a post about whether or not dogs know when treats aren't exactly equal. Who knew?!

Ohhhh! That sounds interesting! I don't think Leroy pays as close attention to it as Sherman. Sherman has just always be more in tune with what is going on around him.

Ducky and Shadow get jealous of each other now and then, too; especially when one isn't feeling up to par. But I do my best to give them equal amounts of love and attention. When Shadow is feeling a little neglected, I take Ducky to daycare for a few hours. While Ducky plays with her friends, I give Shadow some extra love.

That is so great that you're able to give them each their time. They are lucky to have you <3

Dear Jen, Stop beating yourself up! I mean it why is it that we as women no matter what are the first to gut ourselves??!! The me too movement is just that ME TOO, stop and think about what you do everyday to better the lives of your dogs and family, like any other women you juggle multiple things usually multiple tasks kids dogs all while blaming ourselves we forgot didn't see neglected a task a kid a dog a significant other YET in the reality of things it is ourselves that we are forgetting and neglecting.

I know all to well the mental beat down I gave myself for missing a sign from one of the dogs, the horses or my kido -now after reflecting on what I an other women friends discussed what we as a whole where doing to ourselves with these mental beat downs I stop now and

Remind myself - deep breath I see what is needed to fix the issue - I fixed it and with that I say "thank you " under my breath to me and making things right again.

That is wonderful advice. Thank you Pim. TBH, I recently have had to give myself a break. I wore myself down trying to do it all and there's no reason why I have to do that because I have a lot of people that are here to help. <3

It's not always easy spreading the love with multiple pets. Mom works really hard to try and balance things out, but we all know exactly who gets what around here, and jealousy sometimes comes into play. I'm sure Sherman feels better getting something before his meal, and getting extra attention by forcing it such as lying at the top of the stairs.

I can't even imagine how you do it with 3! They seem to have gotten better the older they get but I still feel like they feel like I'm plying favorites!