Do Male Dogs Have Nipples?

Do Male Dogs Have Nipples? 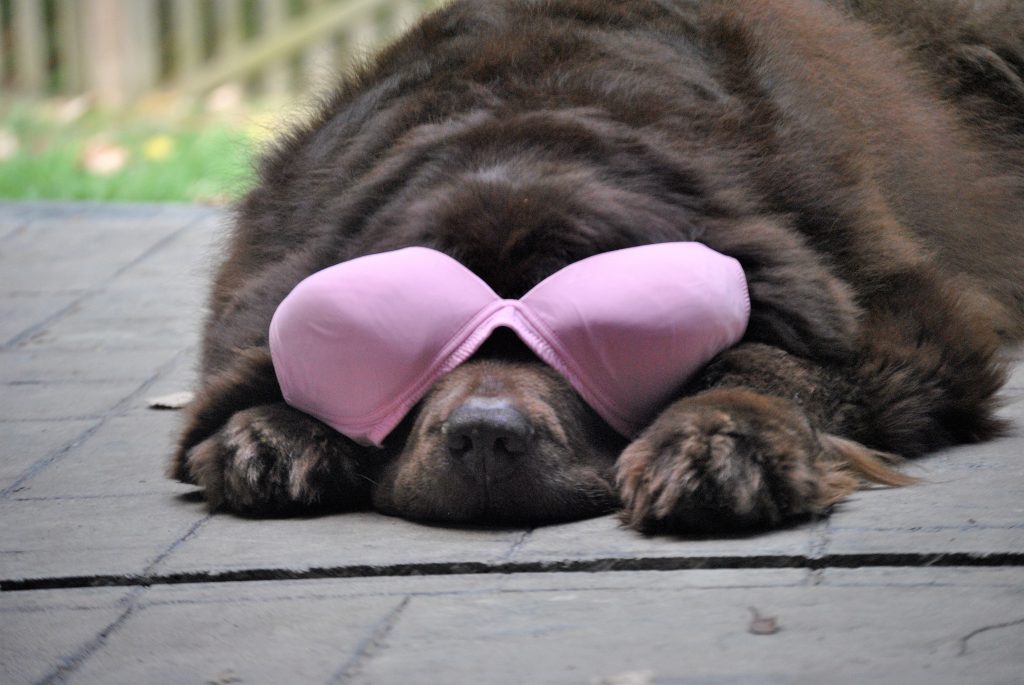 We’ve all been there before.

We’re giving our dog a belly and all of a sudden we feel a bump and our hearts stop.

Is that a tick?

We dig through the hair and see something odd.

It’s raised, black on the top, skin color on the bottom.

So we grab our tweezers, dig through the fur again and start to try and extract the tick.

As we pull up our dog gives us the side-eye, some dogs may wince.

The tick isn’t budging. It’s stuck in their skin good.

Another grab with the tweezers and our dog whips his head around in complete shock.

What the heck is this thing attached to my dog’s stomach?

Well, there’s no easy way to say this:

It’s a nipple and your male dog has a few of them and they’re supposed to be there so put the tweezers down.

Do male dogs have nipples?

Most male dogs will have nipples that are either black or the color of their skin.

Nipples on a male dog are small, round bumps.

They are usually located in the groin area and up to the middle of their stomach on both sides. 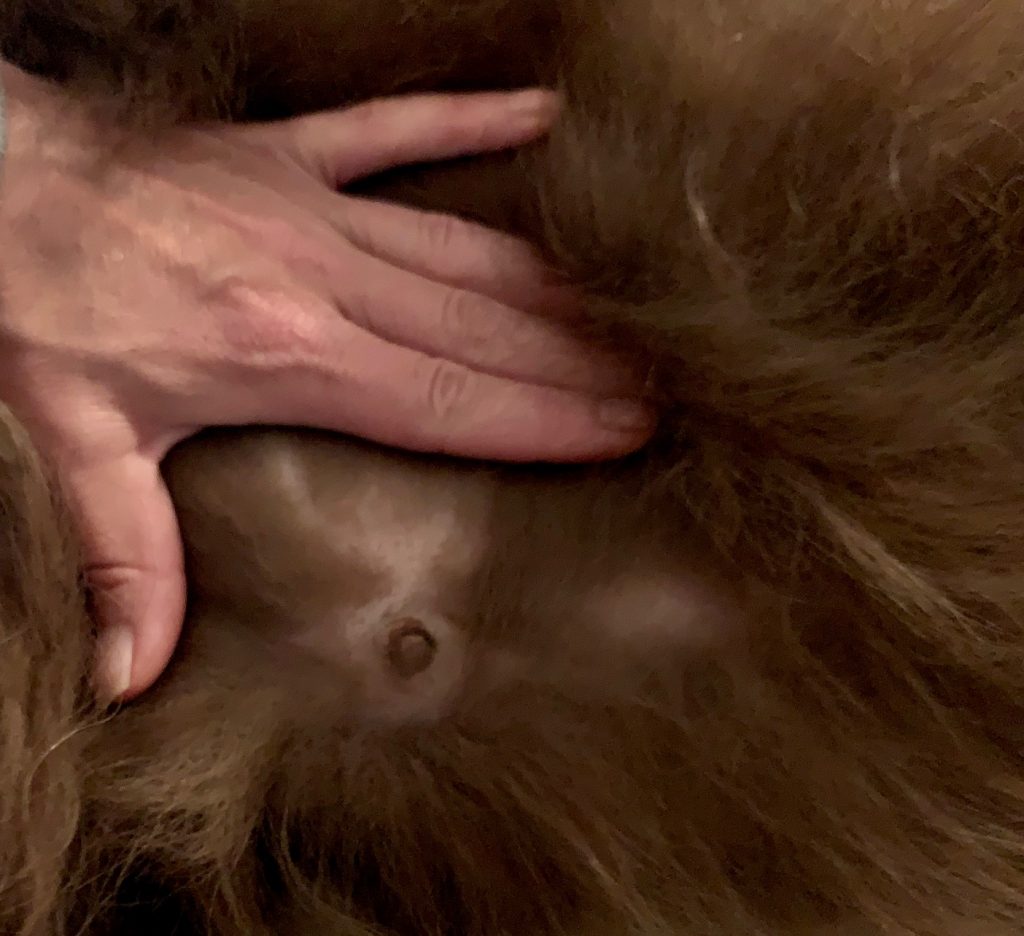 The size of the nipple will often be determined by the size of a dog.

A Newfie will have a bigger nipple than a chihuahua.

Why do male dogs have nipples?

Nipples on a male dog do not serve a purpose.

Science believes that it’s part of the natural selection process and basically the nipples on male mammals were overlooked. 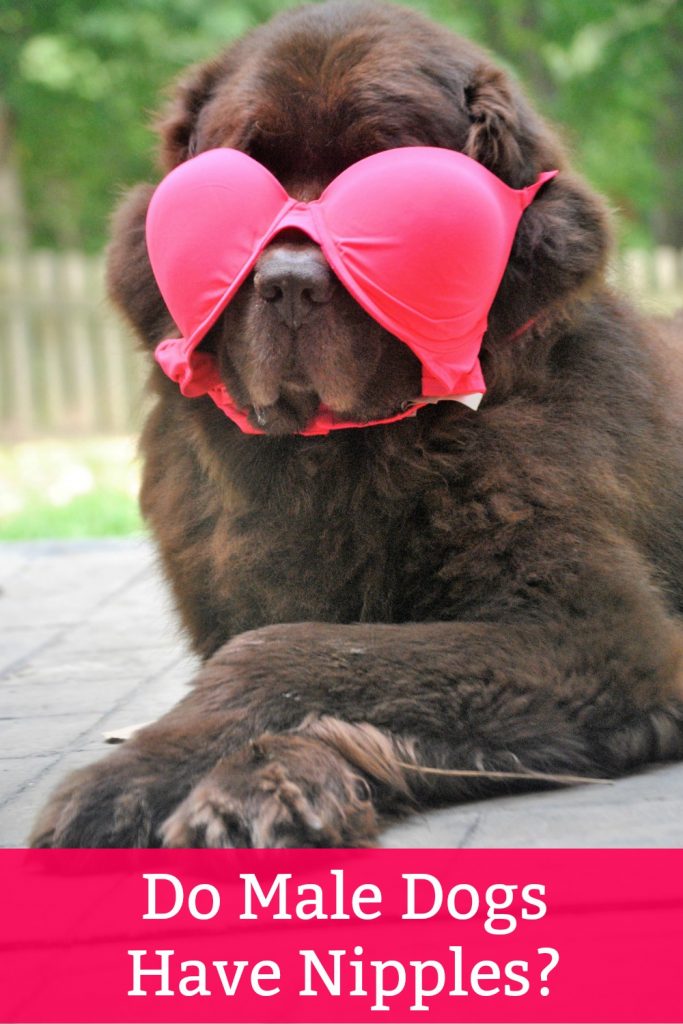 Female and male mammals both have nipples in utero and they don’t get selected out like other features do because there is no advantage or disadvantage of a male having them.

Can nipples on a male dog cause any health issues?

It is not common that a male dog will see any health issues related to their nipples but in rare cases, they can suffer from a condition called mastitis.

Mastitis occurs when there is an infection of the mammary glands and the nipples become swollen.

It is more commonly seen in female dogs but it can be just as dangerous if seen in a male dog.

A veterinarian should be contacted immediately if mastitis is suspected as the condition can be fatal if left untreated.

How To Tell The Difference Between a Tick And A Nipple

While they may look similar at first glance, upon further inspection you will see they are nothing alike.

A tick has little tiny legs and a nipple does not. 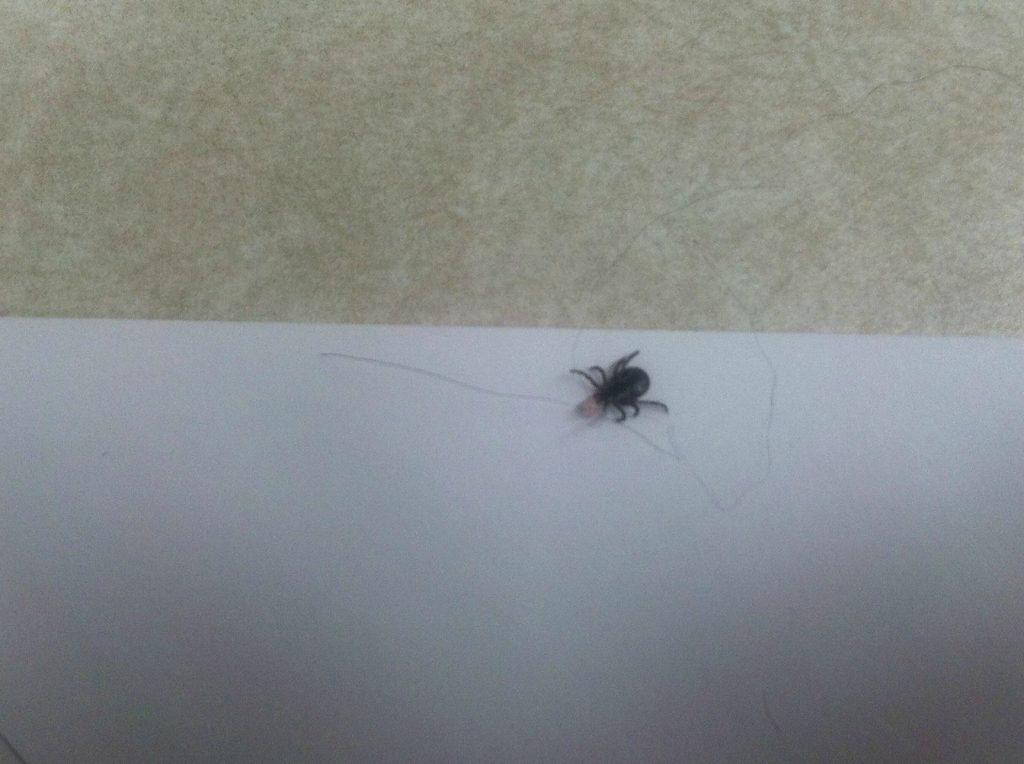 If you look closely at a tick you will be able to see their little legs moving as they suck the blood out of your dog.

An engorged tick is bigger than a nipple. Look for another nipple on your dog to compare if you’re unsure.

A nipple is going to bleed if you keep pulling on it and it will be uncomfortable for your dog.

A tick will usually pull right out with the proper tool and most dogs don’t feel it.

A nipple is an even lump attached to your dog. There is no space between the nipple and the skin

A tick will have its head engorged in your dog and it’s the body (with legs) will be sticking out. A tick is not flush with the dog’s skin.

265 shares
How Hot Is Too Hot For A Newfoundland Dog?
← Previous
Homemade Lemon Mosquito Repellent For Dogs
Next →
Click here to cancel reply.

It happens all the time and it's easy to see why. You're not expecting them to be there! Hahaha

What a great post! Not everyone knows this. Our first two dogs were females, and I was new to dogs, so the first time I found nipples on a male dog, I wasn't sure what to think!!

Whoa...interesting! Guess I've mostly overlooked them before since they're not very prominent on Sam.

There aren't easy to find on some male dogs! I bet Sam's fur covers them perfectly!

I had to laugh when I read the title of this post. I couldn't imagine any adult human not knowing that male dogs do, indeed, have nipples. But, I guess when the nipple is black, it can resemble a tick at first glance - and cause panic and fear in the heart of any devoted dog guardian - so bravo to you for letting folks know the truth.

I have to admit that I've done it. I knew they had nipples but feeling a round bump during tick season and then not being able to get a clear look freaked me out> Hahaha