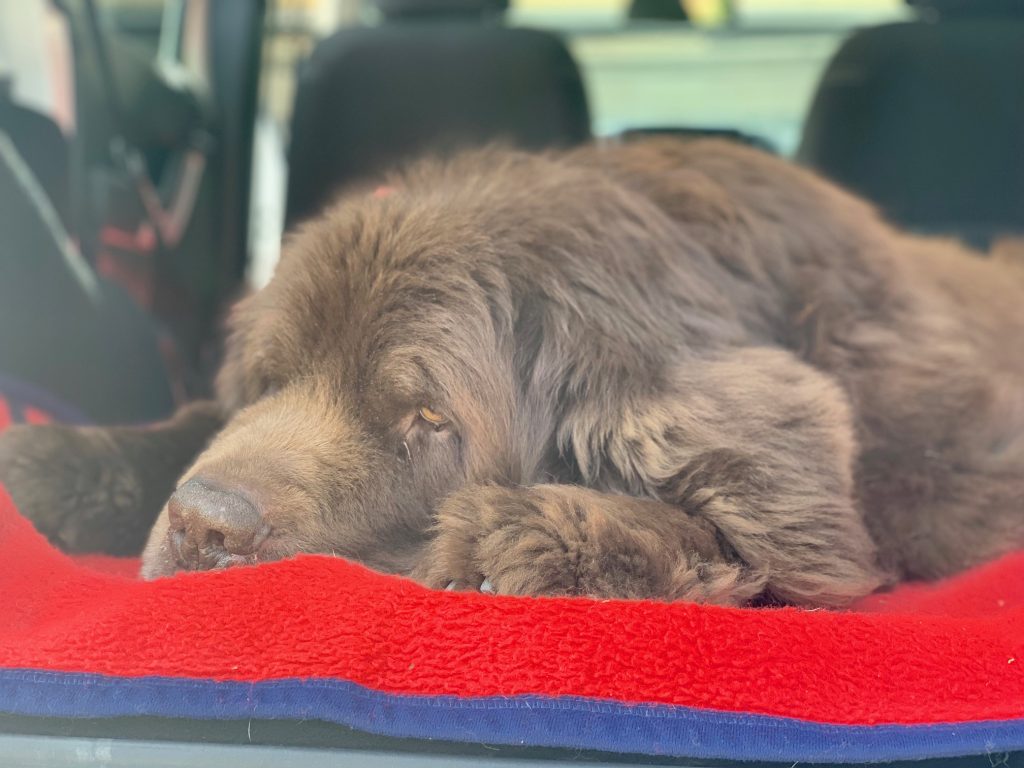 In case you’re new to the blog, these posts are the way that I track Leroy’s journey with Inflammatory Bowel Disease (IBD).

Leroy is an 11-year-old Newfoundland that was diagnosed with IBD about 5 years.

He’s been battling the disease with ups and downs since then.

He has highs and really bad lows and our goal is to keep him as healthy as we can for as long as we can.

Leroy loses protein through his intestines and he also has a history of chronic pancreatitis.

We battle this disease with him and do whatever is in our power to keep him from experiencing lows but since this disease is challenging, to say the least, that isn’t as easy as it sounds.

At Leroy’s last re-check in March, his bloodwork showed that his albumin was dropping. 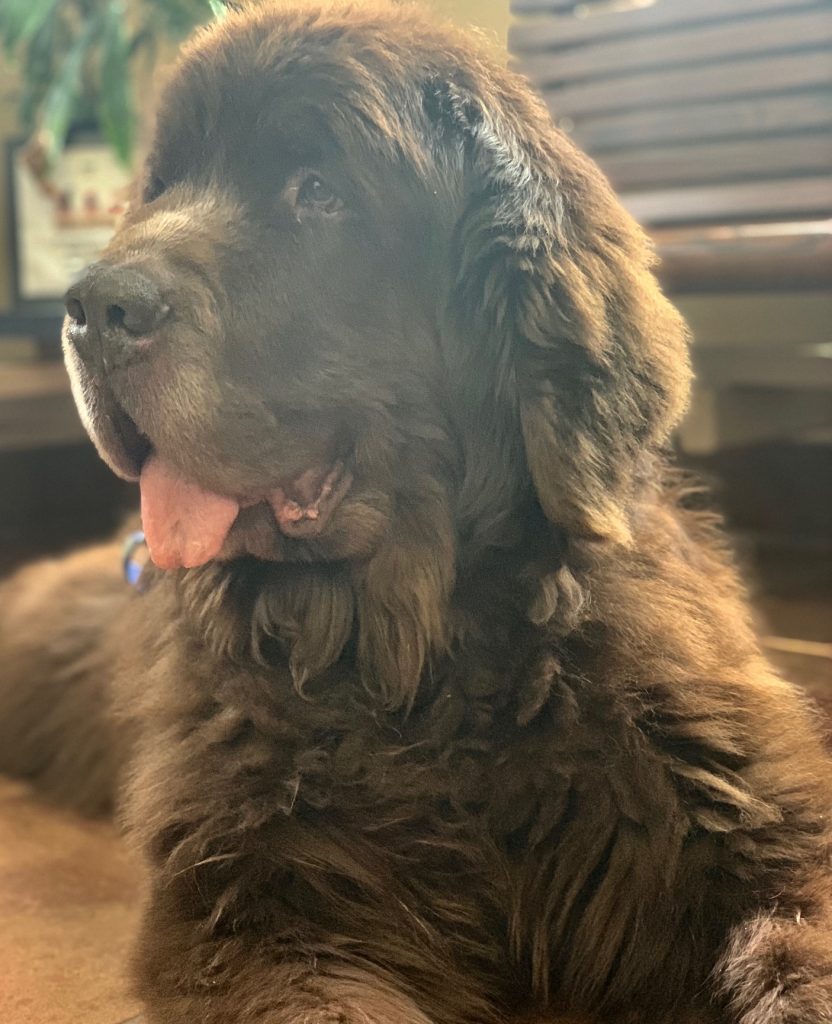 He was at 1.8 (2.5 is normal) and 1.5 is critical and is usually when Leroy begins to fill up with fluid from the protein loss.

This was, of course, of concern for us and we stayed the course of weekly B12 injection, Budesonide, probiotic and his current diet.

We tried the egg whites for a short period of time but that wasn’t agreeing with him so we stopped.

Since March he’s been holding pretty steady but over the last month, his poop was gradually getting softer.

This wasn’t a good sign and normally means that he’s losing protein and he’s beginning to fill with fluid.

So in a desperate attempt to keep him from crashing, I ordered a new high potency probiotic called Visbiome.

Adding this in was a risky move because there is the potential that he could not react well to it so when it arrived I put it in the fridge and sat on it for a few days.

Finally, I decided to just go for it and I gave Leroy 1/4 of the recommended dose for his size with one of his evening meals.

I gave it to him again in the morning and then he had extreme watery diarrhea.

I immediately started to regret my desperate attempt to help him.

Anxiety set in but thankfully the voice of reason showed up too.

I wasn’t ready to write off the Visbiome.

After looking into it again and talking with some other owners with IBD dogs I decided to stop the probiotic for 48 hours and start again but at a much smaller dose.

Much to my delight after 3 days on the smaller amount we had soft but formed poop again.

When our vet visit came I was hoping that things hadn’t gotten too derailed.

I was praying that there was no change. That his albumin stayed the same and we could continue on with his regular treatment.

Much to my delight and surprise, Leroy’s albumin was up.

Not much. It went from 1.8 to 1.9 which is still not ideal but it’s a move in the right direction and that’s a win.

So the plan is to keep Leroy on his current dose of Budesonide, weekly B12 injections, his heart meds and continue to gradually increase the Visbiome and recheck in 3 months.

Oh, his weight was 125 pounds which is exactly the same as it was back in March.

Mobility is the same. I noticed a little bit more knuckling than he was doing in the winter but that has since gotten better again.

The only other thing that has happened was that on Monday I pulled an engorged American Dog Tick off of him.

So gross and disappointing because he is using a tick prevention but it happens.

One more thing, he has a small quarter sized hematoma on his right ear.

I have no idea why. He doesn’t have an ear infection and he’s not shaking his head or scratching at it.

The vet felt it was best to leave it alone and not try to drain it since he’s not bothered by it.

Draining it could cause it to fill back up with more fluid thus creating a problem we don’t need.

Way better than I expected and another time when Leroy proved me wrong!

Now let’s hope we can make it through the summer without any other surprises!

Next update will be around September.

Thank you for following this journey with us.

Just found your amazing blog!! I am wondering, have you thought about trying CBD for Leroy's IBD? It works for humans for the same thing AND helps with other ailments too (like arthritis and anxiety and cancer!).

Have been waiting for a update on Leroy. Slow and steady, glad he is moving in the right direction. Fuzzy hugs! <3

Thanks Lynn! I was so happy that his test results showed him moving in the right direction for once! Fingers, toes and paws crossed that he can hang steady for the summer!

Poor guy just can't catch a break. He is lucky he has you to take care of him and give him all the opportunities to manage his health that you can.

I know. I feel like just when he gets back to feeling good he starts to get sick again. I wish I could just keep him healthy forever!

So glad there is good news to report. We will keep our fingers and paws crossed things continue to improve.

Thank you! I was so relieved to get his results backed and see that they were better. It's wasn't what I was expecting based off of the last month!

Best wishes for your beautiful Leroy!

Thank you so much Diana! This dog certainly has a lot of people cheering him on! <3