They’re the tiny pests that stop us from wanting to venture outside with our dogs in the spring and fall and experts say even though temperatures may be dropping, ticks are still very active in many parts of the country.

Not only are ticks gross in appearance, but they also carry many diseases that can harm us and our dogs.

A rise in cases of Lyme disease and other tick-borne illnesses, plus the spread of certain tick species into new parts of the country, according to the latest findings from the Centers for Disease Control and Prevention, makes finding a tick on your dog even scarier.

Fortunately, dog owners can take simple steps to help lower the risk of their dog’s exposure to ticks and Lyme disease. 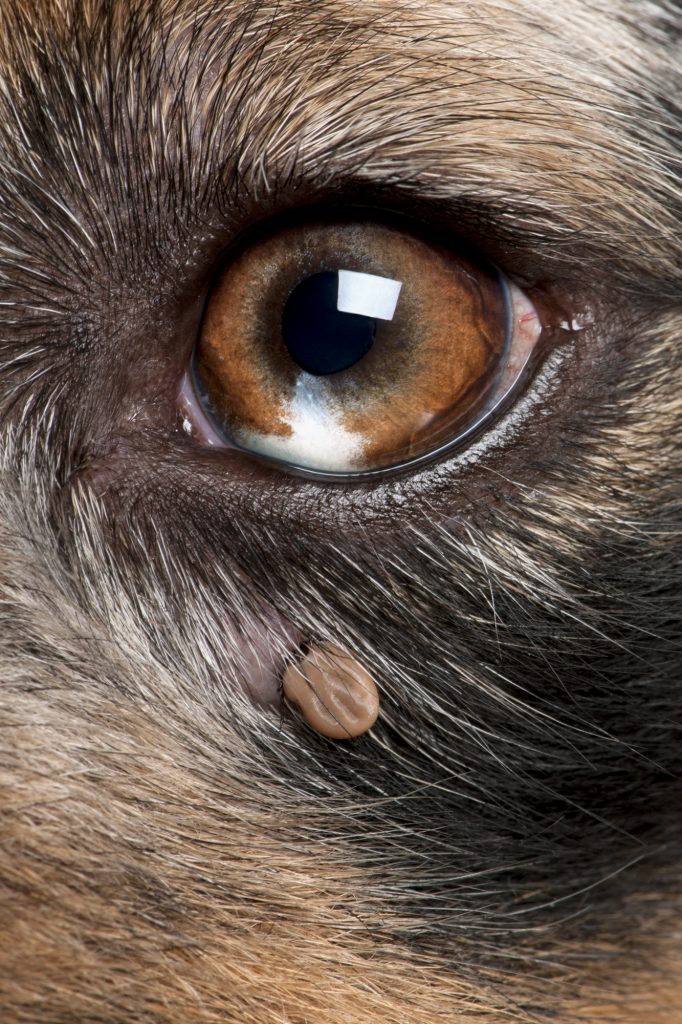 One major misconception is that all ticks carry Lyme disease.

According to tick expert Thomas N. Mather, director of the University of Rhode Island’s TickEncounter Resource Center, this is a myth.

Only certain species of ticks carry Lyme disease and the life stage of the tick (larva, nymph or adult) also matters.

Lyme disease, for example, is most commonly spread by blacklegged ticks, also called deer ticks, in the nymph stage.

Another thing to remember is that only some ticks will harbor disease. So not ALL blacklegged ticks with carry Lyme disease.

Larval and nymphal blacklegged ticks can become infected when they take a blood meal from infected rodents and birds.

Deer do NOT pass the infection to ticks but deer are the main reproductive host for the adult stage of blacklegged ticks. 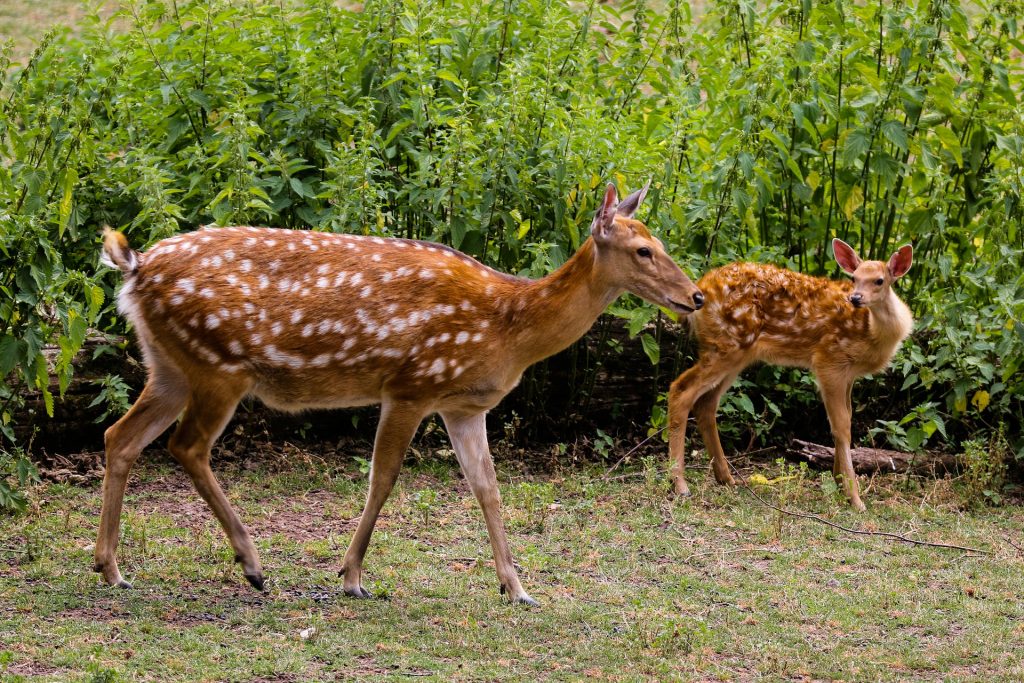 Image by Gerhard Gellinger from Pixabay

Among blacklegged ticks in most places in the Northeast, an estimated 20 percent of nymphs and 50 percent of adult females carry the bacteria that cause Lyme disease.

Because different species are found in different parts of the country, the risk of tick-borne illnesses varies by region.

Lone star ticks are commonly found in the southern U.S. and transmit a disease called ehrlichiosis.

The last factor to consider is the season because tick activity peaks at certain times of the year.

Blacklegged ticks, for example, most commonly bite in the spring, summer and fall which makes preventive measures most important during those seasons for people in the Northeast, mid-Atlantic and upper Midwest, where the risk of Lyme disease is highest.

To reduce your dog’s risk of a tick-related illness, experts recommend a two-part strategy.

First, minimize your dog’s chances of being bitten.

Then, take preventive steps, like examining their body once they are back indoors.

For those in high-risk areas, experts stress the importance of staying vigilant on a daily basis.

It doesn’t take an hours-long trek through the woods to be at risk — everyday activities like walking your dog, gardening or mowing the lawn can be the perfect opportunity for ticks to find a human host.

To avoid your dog from being bitten by ticks: 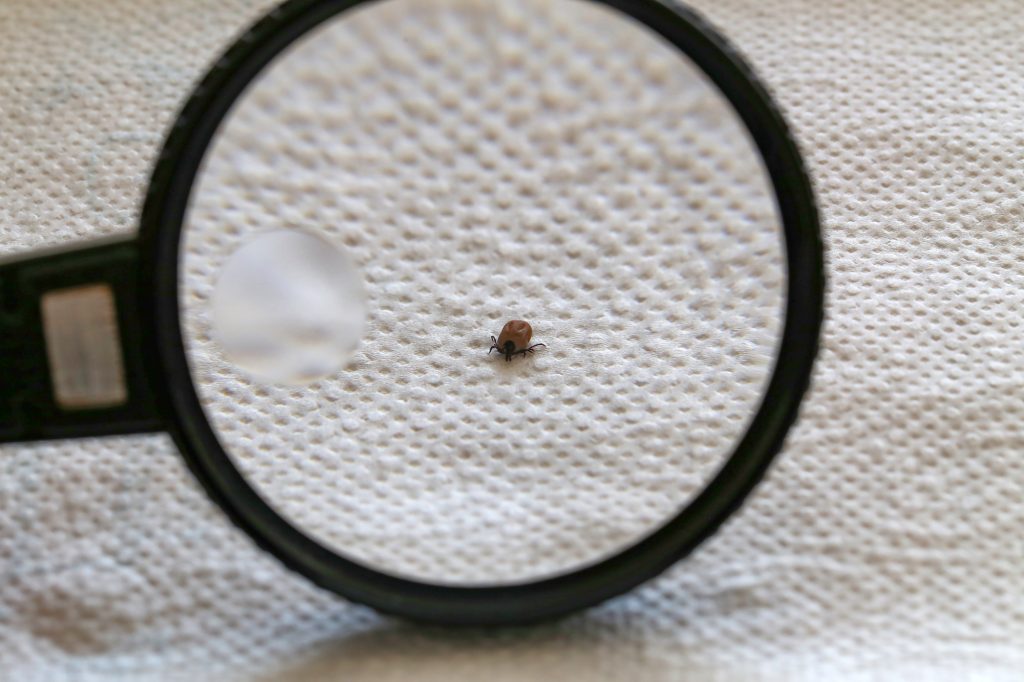 Here’s What To Do If Your Dog Has A Tick

If you find a tick on your dog, grab your tick kit and remove it promptly by using tweezers and pulling upward with steady pressure. 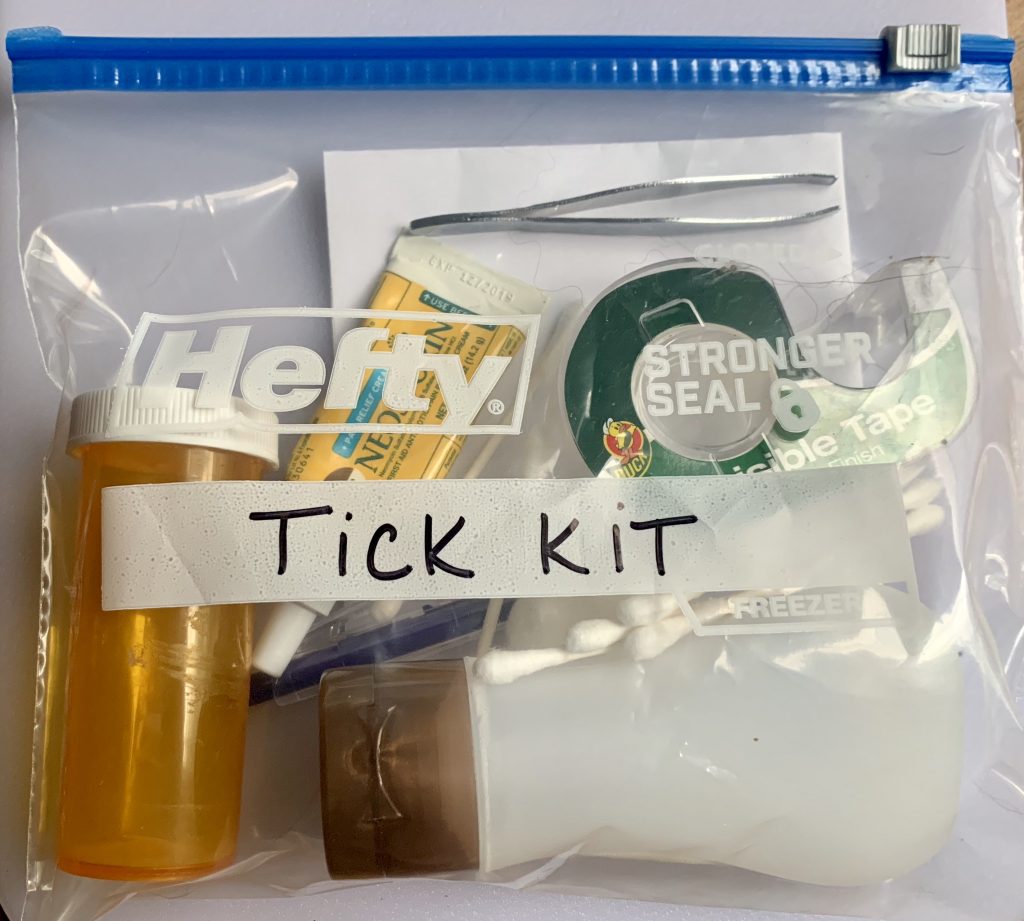 How To Make a DIY Tick Kit For Your Dog

If you don’t feel comfortable removing the tick from your, call your veterinarian and see if they can do it.

Avoid folk remedies like painting over the tick with nail polish, using heat to dislodge it or smothering it with petroleum jelly.

The CDC recommends monitoring your dog for symptoms for 7-21 days following a tick bite.

If your dog experiences a rash (it doesn’t have to be bull’s-eye-shaped), contact your veterinarian immediately. 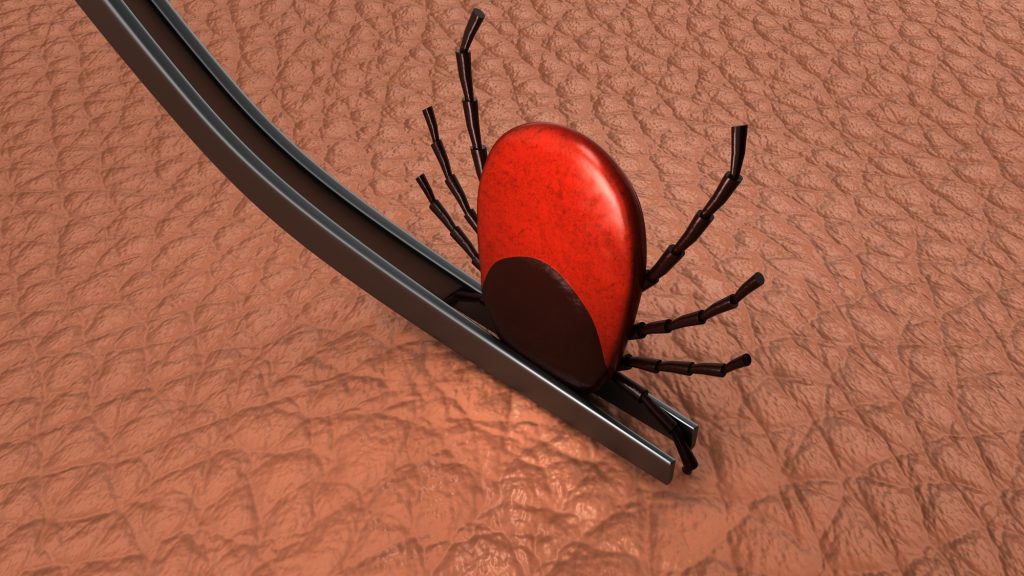 It’s recommended that if your dog has a thick coat and you remove a tick from them, trim the hair around the bite so that you can easily find and monitor it.

Most tick-borne illnesses that are detected early can be treated with a course of antibiotics prescribed by a veterinarian.

The agency also notes that a Lyme-carrying tick typically needs to be attached for at least 36 hours before it transmits the disease.

This makes daily tick checks and prompt removal all the more important.

If you’re curious about the type of tick that bit your dog, consider submitting a photo to the TickEncounter Resource Center’s TickSpotters tool, which provides an expert response about the tick’s species and disease risk within a few days.

Your local health department may also offer a tick identification program for those who can mail or bring in specimens in person.

If you’re not interested in the identification, disposing of a dislodged tick is easy — a flush down the toilet will do.

Thank you for sharing this valuable info. Ticks make my skin crawl!

Same here! I can't stand them!