How I Taught My Dog To Catch Treats In 20 Days 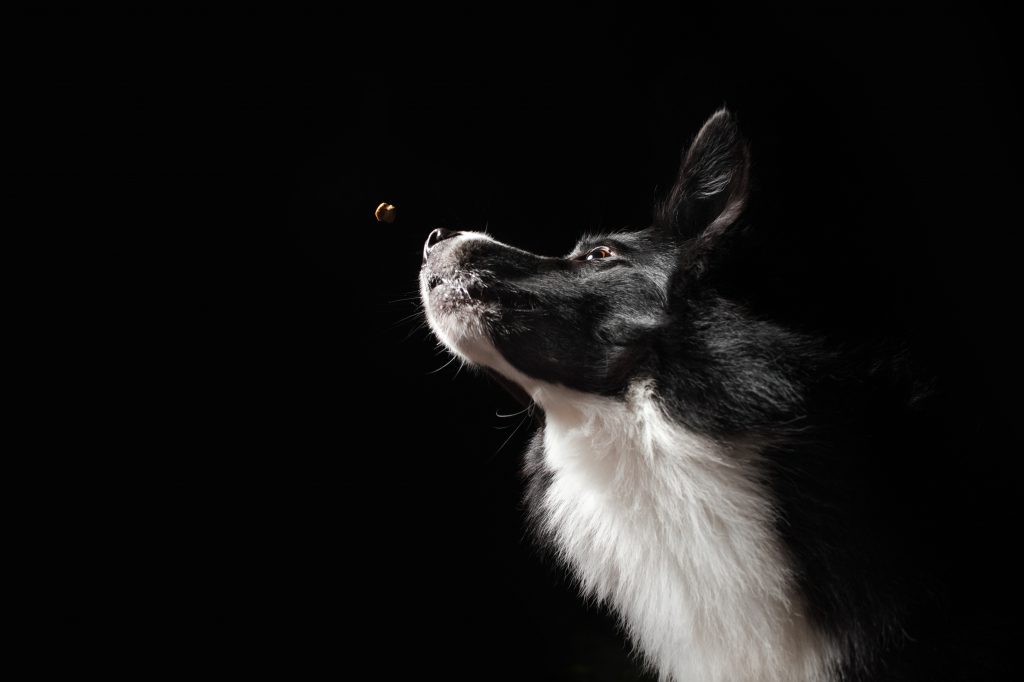 When we adopted Odin, he knew how to catch.

It was one of the first days that he was with us and I tossed him a piece of popcorn and he caught it.

Since Sherman and Leroy could barely catch anything that I tossed to them over 11 years, I was shocked.

I tossed him another piece of popcorn just to make sure it wasn’t a fluke and he caught that one too!

From that day on I knew that I had one of the most talented Newfies in all the land.

Odin is just a natural catcher.

He has great eye coordination, is food motivated and very focused when he wants to be.

When we adopted him I was told that he would tree squirrels and wait for them to fall so perhaps that has something to do with it but whatever the reason, I love that he can catch.

Odin can catch just about anything but he definitely prefers to catch treats of any kind.

When we first got Finn, I noticed that he would watch Odin in awe when he caught treats.

I would try to throw one to Finn but since he was a puppy his coordination wasn’t there yet.

I decided to keep working on it with him and while it seemed at first there was no hope for him, in a few short weeks Finn became almost as good as catching as Odin is.

If you have a dog that you would like to train to catch treats, here are a few things that worked for us.

**Please note that I am not a professional dog trainer**

Popcorn and Goldfish Crackers are great, small and lightweight treats.

They also have a longer hang time in the air giving your dog more time to focus on catching the treat.

Heavy treats such as chicken nuggets and some fruits just made him turn his head and the treat would wind up hitting him in the side of the face or the ear.

It’s hard to stay consistent but it really does pay off!

I tossed treats to Finn twice a day for 20 days until he caught one.

He got into the habit of knowing the whole procedure and he looked forward to it!

Finn wasn’t the only one that needed practice, I did too!

For Finn he did much better when the treat was tossed with an arc rather than straight on.

This slowed the treat down and gave home more time to focus.

I also had to kneel for Finn so that he could easily see the treat in my hand from start to finish.

Make sure to pick a treat that your dog likes and doesn’t get all the time so that the reward is higher for them.

I would always let Finn have a taste of the treat before I tossed it to him.

Since we were doing a challenge and I was documenting his whole catching saga on Instagram and TikTok, I switched the treats up daily but you definitely don’t have to do this.

@odinthenewfThanks for cheering Finn on for the past 15 days! We’ll keep doing this until he succeeds! ##finnmissesthings♬ Rocky: Eye of the Tiger – Best Movie Soundtracks

I also learned that it was better to pick the treat up if Finn missed it rather than letting him still have the treat.

This way the reward was catching the treats!

Don’t forget that dogs are smart! Odin started picking up that if he missed the treat he got another one.

The day I tossed them steak he missed 3 times and I don’t think it was on accident.

Can All Dogs Catch Treats?

Catching does not come naturally to all dogs, in fact, it’s more of learned behavior!

Most dogs will have to practice before they become dog treat catching masters.

Leroy probably caught a total of 5 things in his entire lifetime.

So don’t think that your dog is broken if they can’t catch some dogs may just not want to learn how.

I had a lot of fun teaching Finn to catch treats and in the process, he also learned how to sit and stay so I call that a win for both of us!

Can Finn catch other things besides treats now?

He can catch a tennis ball in the air and off a bounce.

Not all the time but he’s getting better! 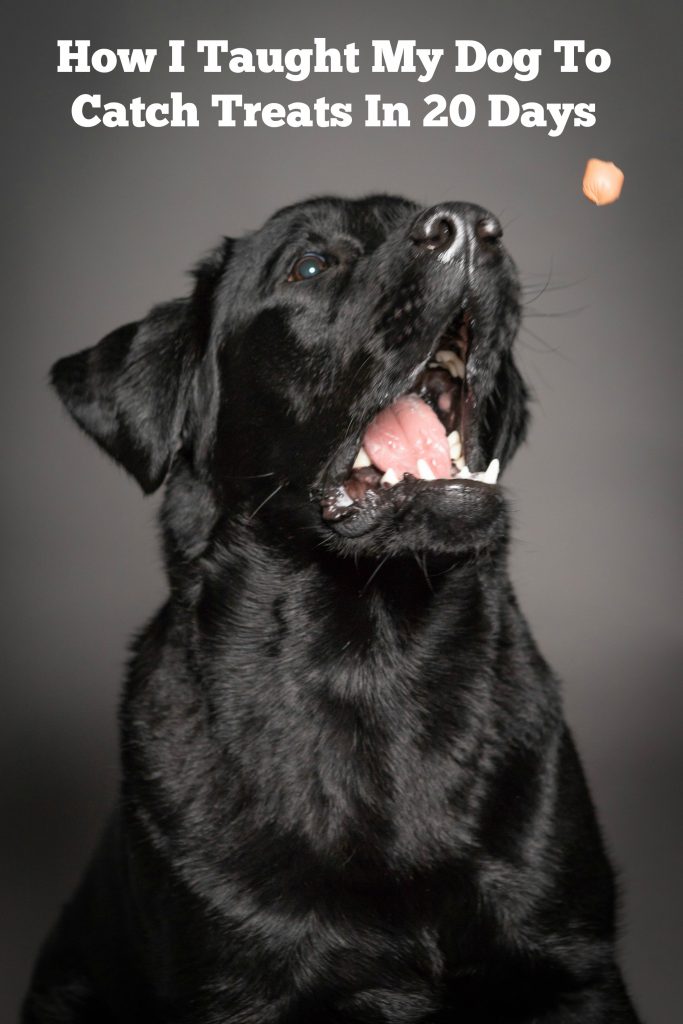 I loved watching Finn learn how to be just like Odin. His confidence has skyrocketed. Mr Jett can catch things, but he's Finnicky & on the Lazy side. When he misses the throw. I pick it up. If it smells like something interesting . I throw it again. He good at it when he wants to do it. He's going to be 8yrs old . Proof that you can't always teach an old Newphie new tricks

Aw, how cute is that?! With some more practice, Finn will be catching everything every time!

Your enthusiasm and upbeat attitude are contagious Jen! Thank you for your delightful posts. You provide a positive, hopeful balance to the upsets of this time.

Aww that’s so cute!!!! I love watching him flinch then go for it haha!! Yep my newfies both catch. One was a natural one was NOT. Just like everything else they do.