In my last post about pumpkin, I mentioned that it was hard to get my hands on canned pumpkin this year.

When I researched if there was a shortage of Libby’s pumpkin in 2020 I didn’t come up with much other than some pumpkin crops were delayed a few weeks due to the high volume of rain that the country saw in the spring.

Libby’s isn’t reporting any shortage but I’m still and having a hard time finding it in Ohio.

I was able to track down 2 cans of an off-brand but just in case that’s it, I bought a few pie pumpkins to make my own pumpkin puree for dogs. 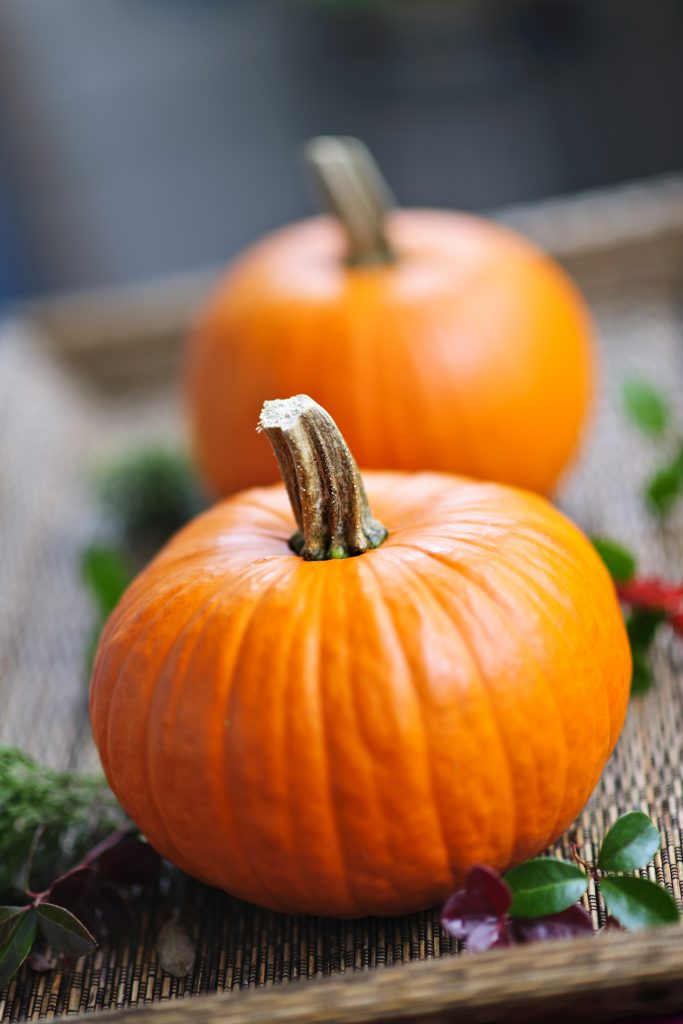 I’ve never made homemade pumpkin puree before so I looked up some recipes online.

Based on some of the sites that I visited it seems easy enough to make homemade pumpkin puree for dogs, although most recipes were for humans.

Some conflicting information I found was that some people baked the pumpkins at 350° F and others baked it at 400° F. 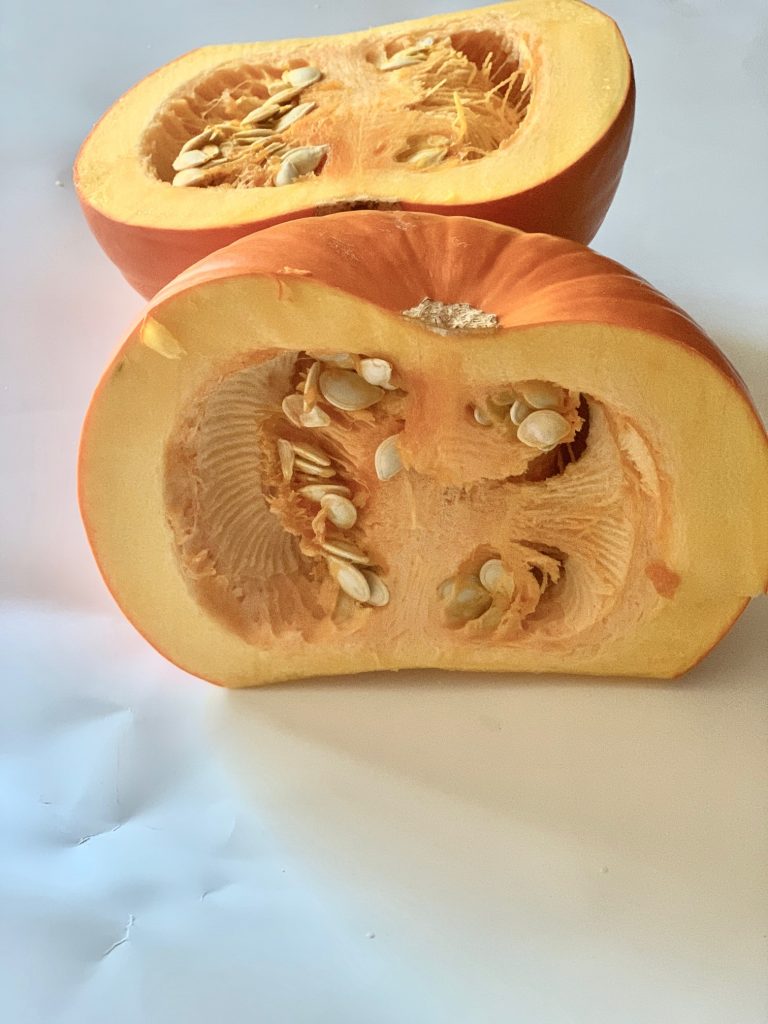 What Type Of Pumpkins To Use

It’s recommended to use pie or sugar pumpkins if you’re making pumpkin puree because they are smaller and easier to cut but you can also use big carving pumpkins if that’s all you have on hand or can find.

I read that big carving pumpkins are not as flavorful as pie pumpkins but I have never compared them. 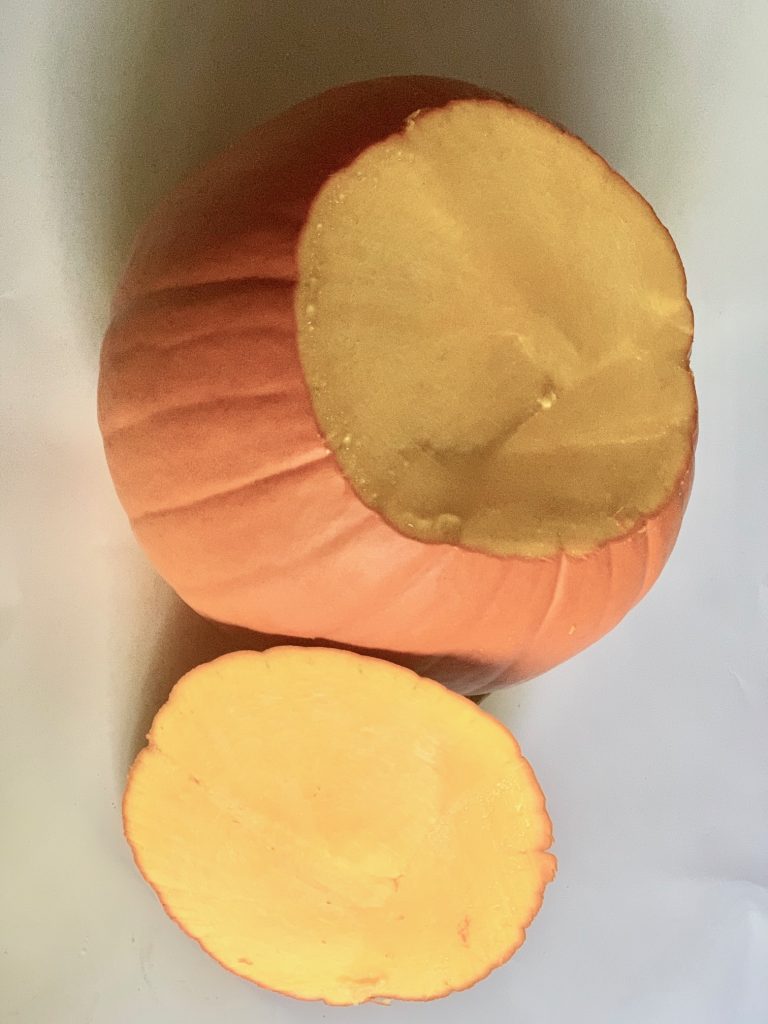 What You Need To Make Homemade Pumpkin Puree For Dogs

You don’t need much for this easy pumpkin recipe! 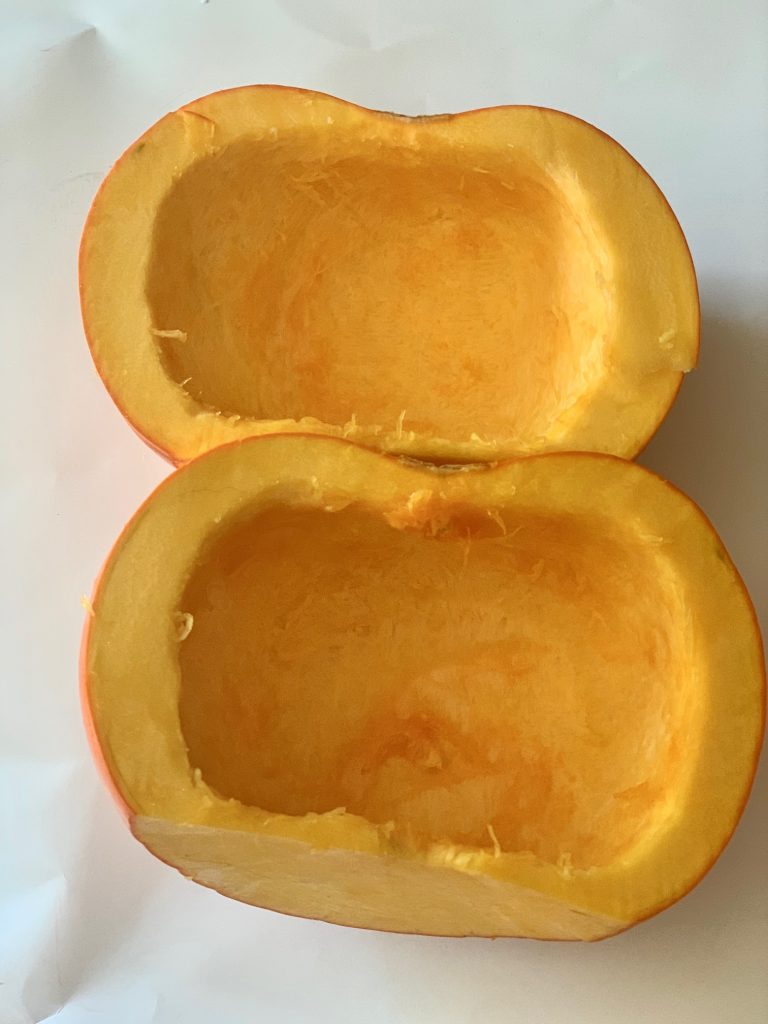 How To Cook The Pumpkin 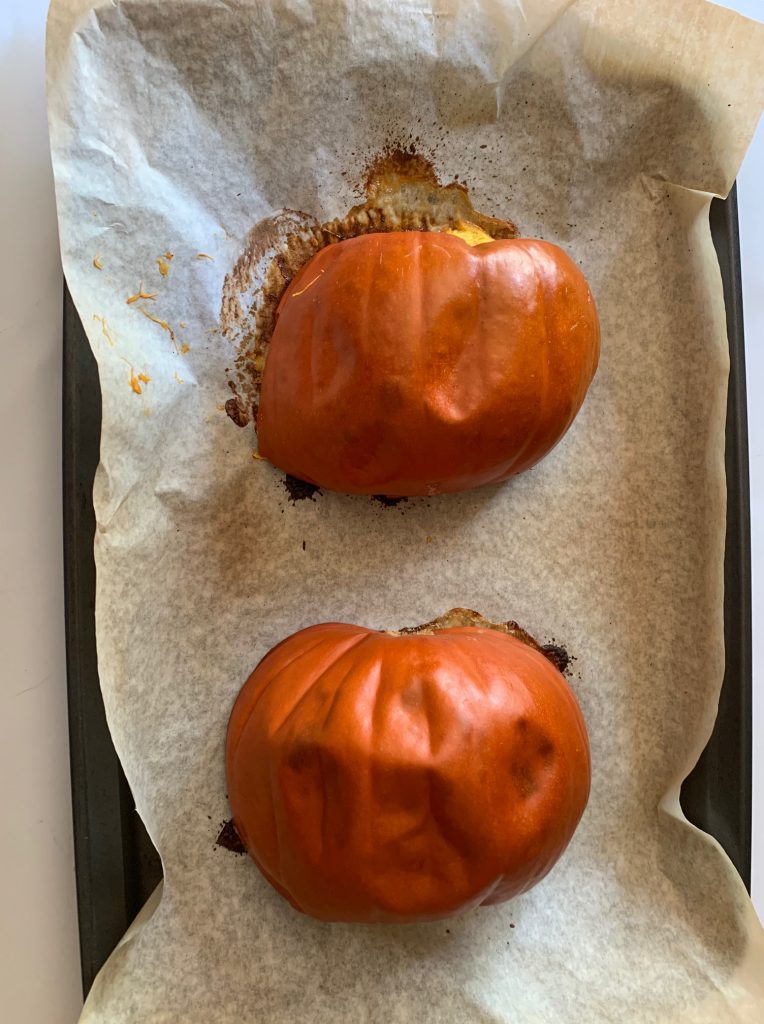 Baking times will vary based on the size of your pumpkin so just make sure to peek on them.

There are done when the skin blisters and/or the pumpkin collapses.

You can also cut the pie pumpkin into quarters rather than only in half.

Parchment paper is optional but will make things less messy. 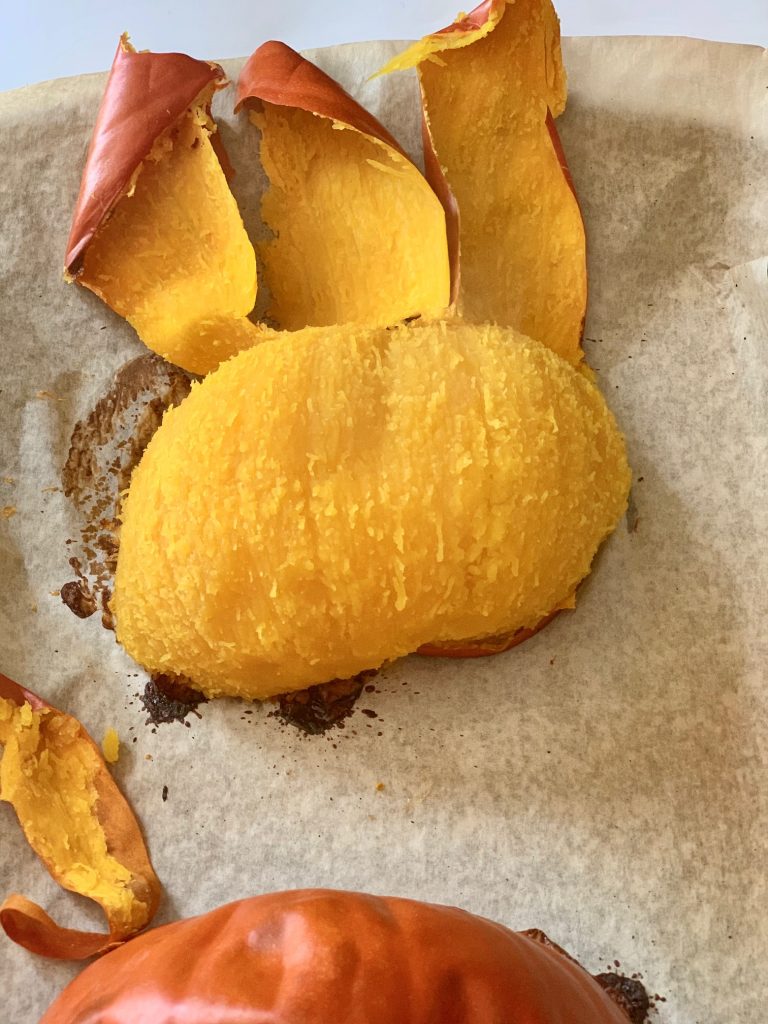 How To Make The Pumpkin Puree 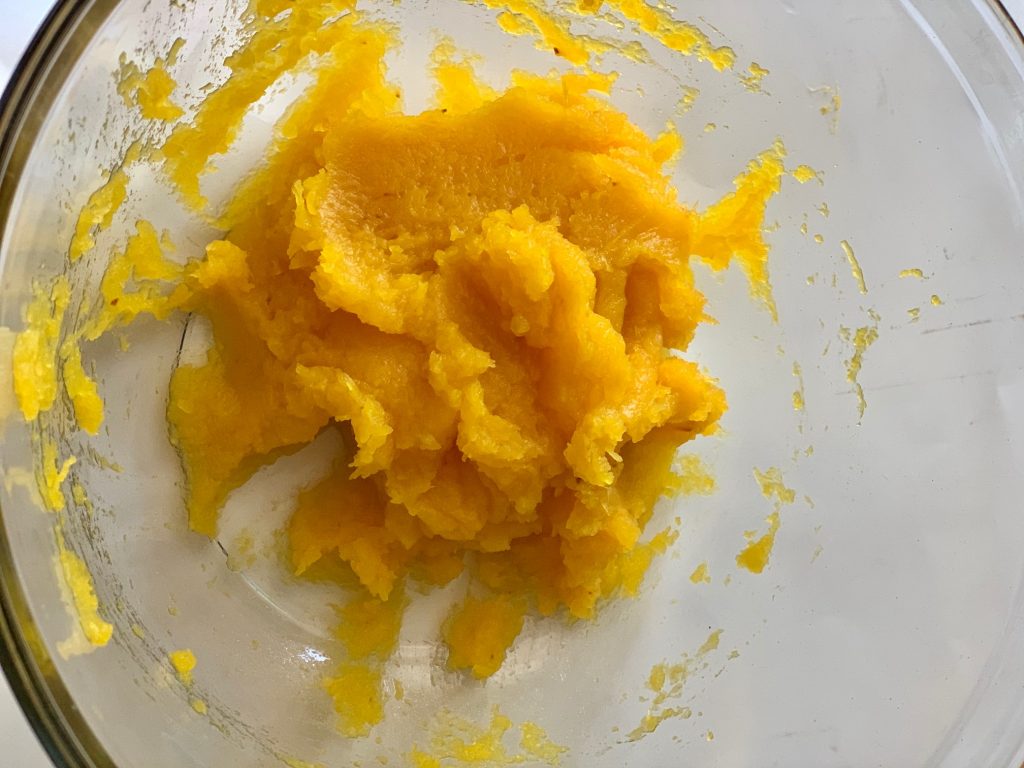 If your pumpkin seems overly watery you can place a cheesecloth over a colander.

Place the colander over a bowl and allow the puree to drain for at least an hour, maybe more depending on what consistency you want.

My pumpkin did not seem watery at all so I did not drain it.

1 small pie pumpkin gave me a little over 2 cups of pureed pumpkin.

I used a blender because I couldn’t;t find my food processor and honestly, it was so soft that I could have skipped the blender part.

Store the pumpkin puree in an airtight container and place in the fridge for up to 5 days.

You can also store the puree in the freezer for up to 3 months. (probably longer)

I placed mine in a Ziplock freezer bag. Just make sure to remove the air from the bag. 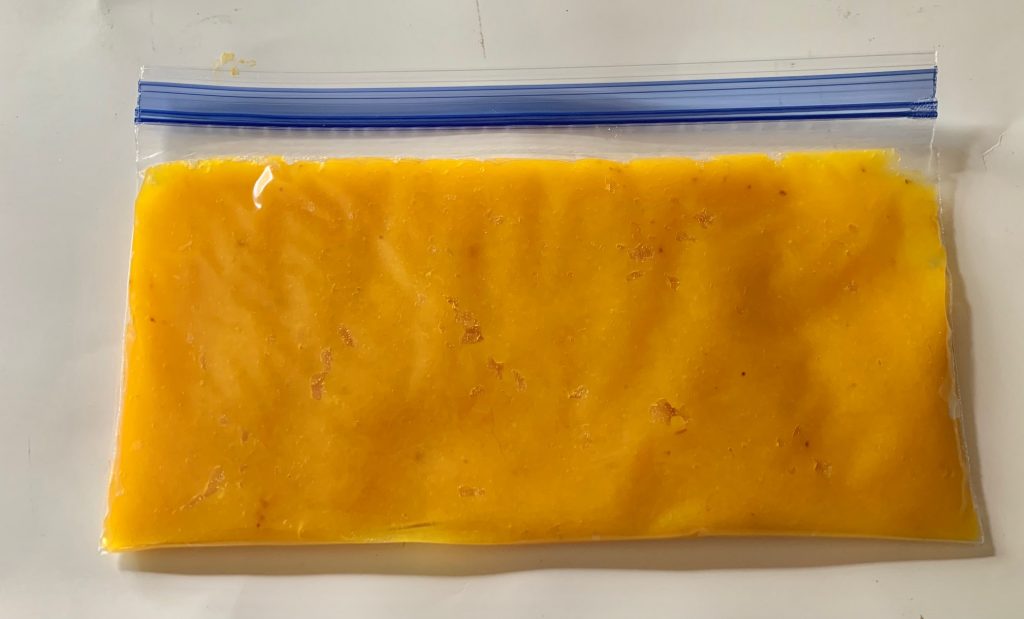 How To Give Your Dog Pumpkin Puree

There are several different ways that you can serve homemade pumpkin puree to your dog. 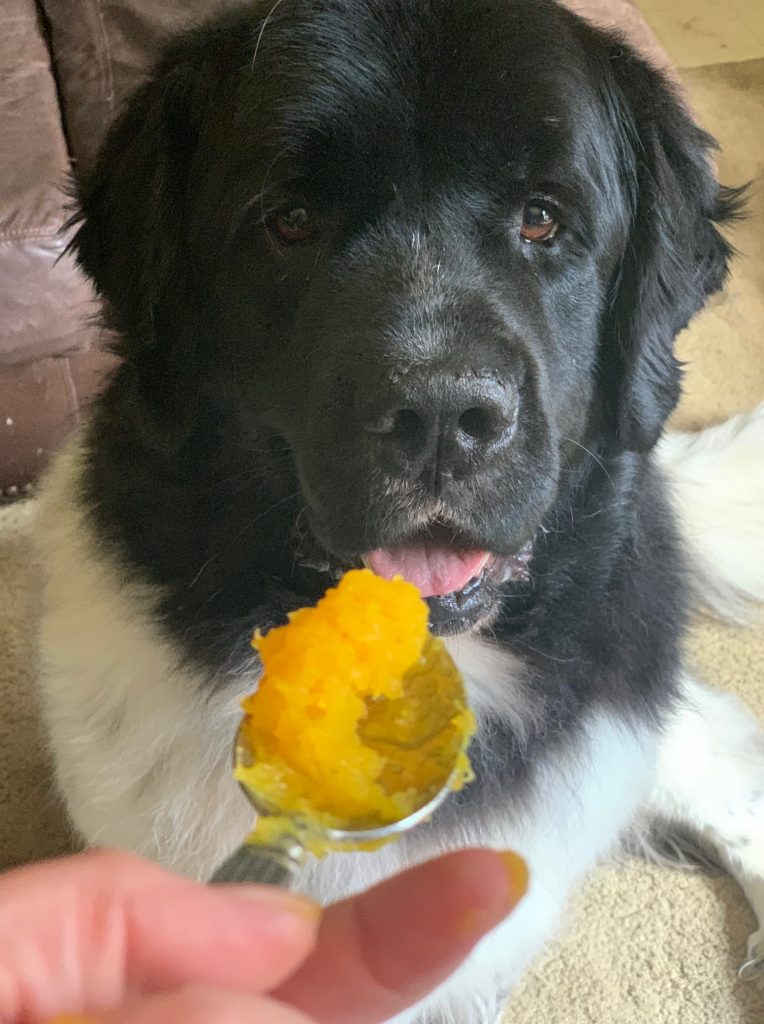 Is Pumpkin Good For Dogs?

Pumpkin is packed with nutrients, high in fiber and low in calories.

In moderation, pumpkin can be a great addition to your dog’s diet.

It’s also known to help some dogs with diarrhea and constipation. 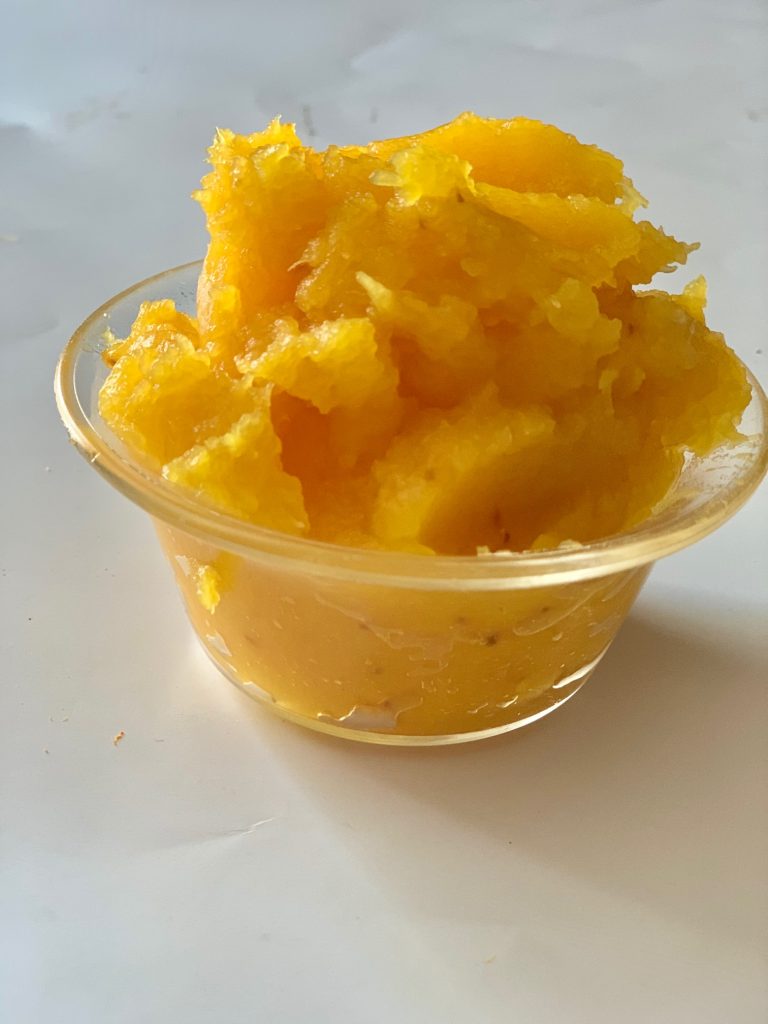 Just don’t overdo it because too much pumpkin can also induce diarrhea for some dogs.

It’s super easy to make homemade pumpkin puree and it’s the perfect alternative if you’re having a hard time finding canned pumpkin in the stores this year.

You can also use butternut squash as a substitution. 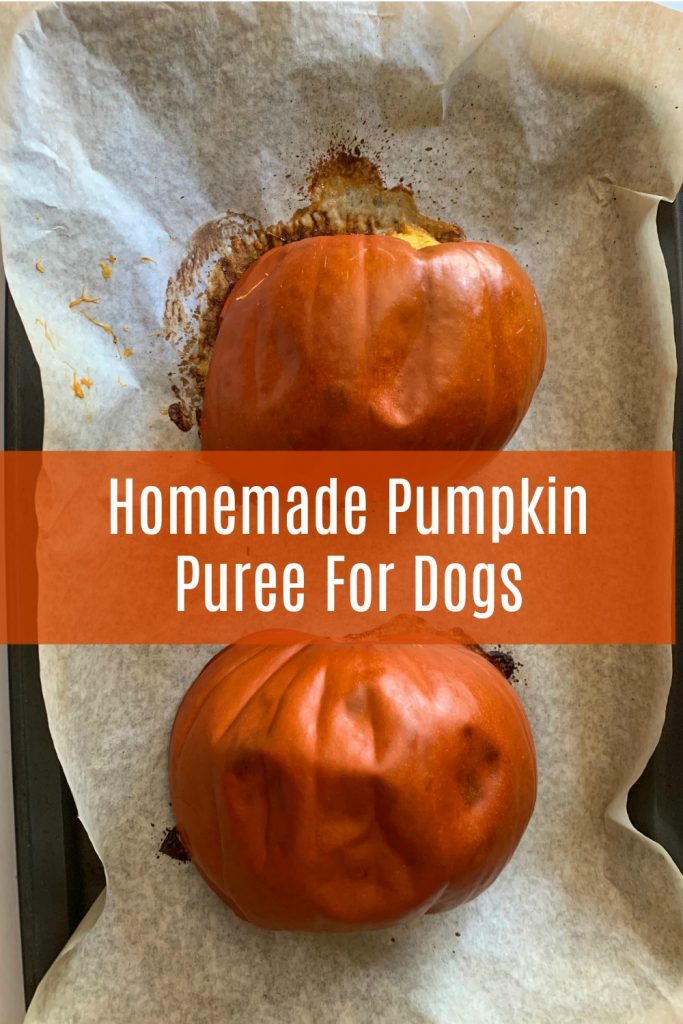 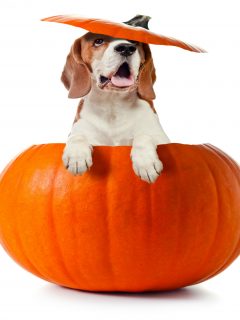 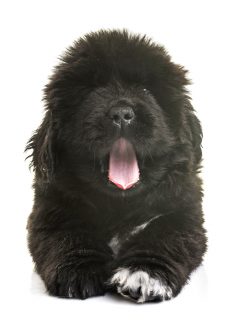 Next
Do Newfoundland Dogs Sleep A Lot?

There still is no pure pumpkin on the shelves here either. I found two cans of pumpkin pie filling but it cannot be used for dogs because of the various spices (nutmeg is seriously bad for dogs to name one) not to mention unnecessary sugar. I'll be bookmarking this and making my own. Thanks! Happy autumn 🎃