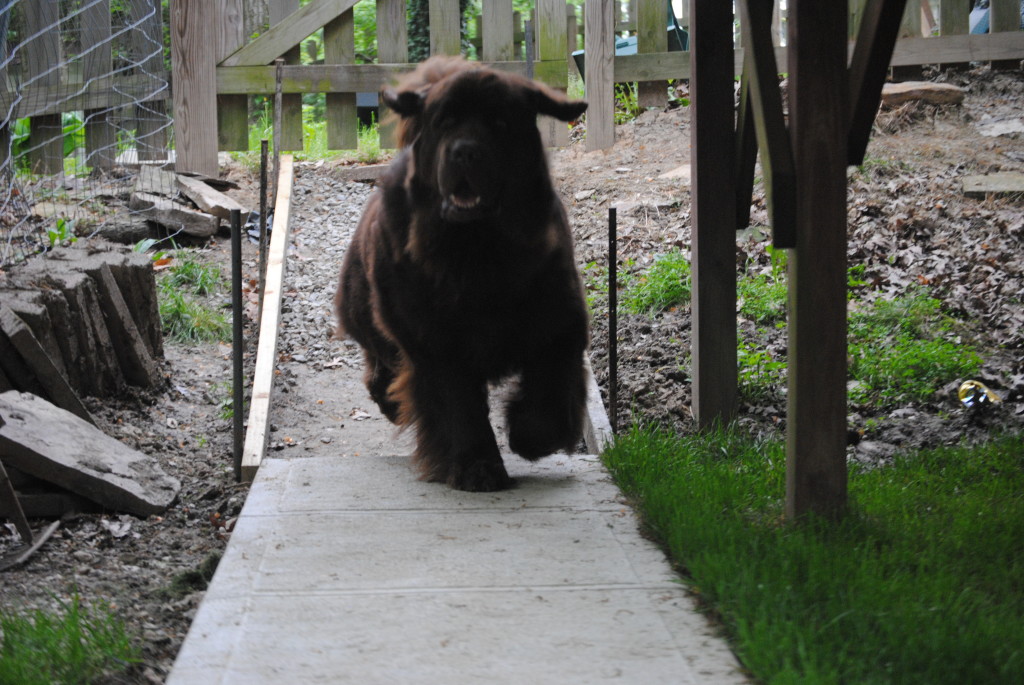 For the most part, Sherman and Leroy are pretty well laid back dogs.

At times he is laid back.

When he’s napping he’s laid back.

Anyway, most of the time when we’re hanging out in the house the dogs are laying down. They don’t get out of their comfortable laying positions unless something good is going down.

Something good usually means food but it can mean other things too, so her is a list of sounds that bring the dogs running to check things out:

A knock at the door or the door bell ringing usually does nothing for the dogs because we have people coming and going all the time.

I probably shouldn’t of told you that.

Now you’re going to try and break into my house.

I have a viscous guinea pig and he’s not afraid to eat you.

So tell me, what sounds make your dogs come a runnin?

The school bus stopping outside the garage door opening the door bell and God forbid I say the work dinner....

The sound of the leash for sure! Gallagher loves kisses so whenever I make kissy noises he comes a-running. Also I typically keep the doors in my apartment closed, so when I open one that means a new adventure and he comes running to find the toys we've stashed in each room.

Also, whenever I'm in the kitchen there are a few trigger noises:

The jingle of their collars. They each have an indoor collar they wear all the time, this has one tag on it with their name, my name and my cell phone number. Their going outside on walks collars has all their tags on it and if I really want Sampson to come from anywhere, all I have to do is jingle the collar.

For Delilah it's any time you step foot in the kitchen. She's right there next to you, waiting.

Those are good ones! May I add the sound of cellophane crinkling. And a cat meowing in the kitchen. If the cats are in the kitchen that means they may be getting fed, and don't the dogs just love cat food?? they only get little nibbles of it, but it's enough to keep them coming every time.