It’s a rainy, humid day outside today but right now my house smells SO good because I’ve got a batch of apple slices baking in the oven for dogs!

I’ve been making these apple chips for several years now and every dog that I’ve ever had loves them (and so do I)!

I usually sprinkle the apple slices with a bit of cinnamon before I pop them in the over for a few hours.

Are apple chips good for dogs?

In case you didn’t know, apples, minus the seeds which contain cyanide, are a low-fat healthy treat for dogs.

Apples contain Vitamins A and C, which are a great source of fiber and contain antioxidants.

Most dogs can eat apples raw or you can slice them up, sprinkle them with some cinnamon and toss them in the oven for a few hours and give your dog a nice, healthy snack!

How to dehydrate apples for dogs: 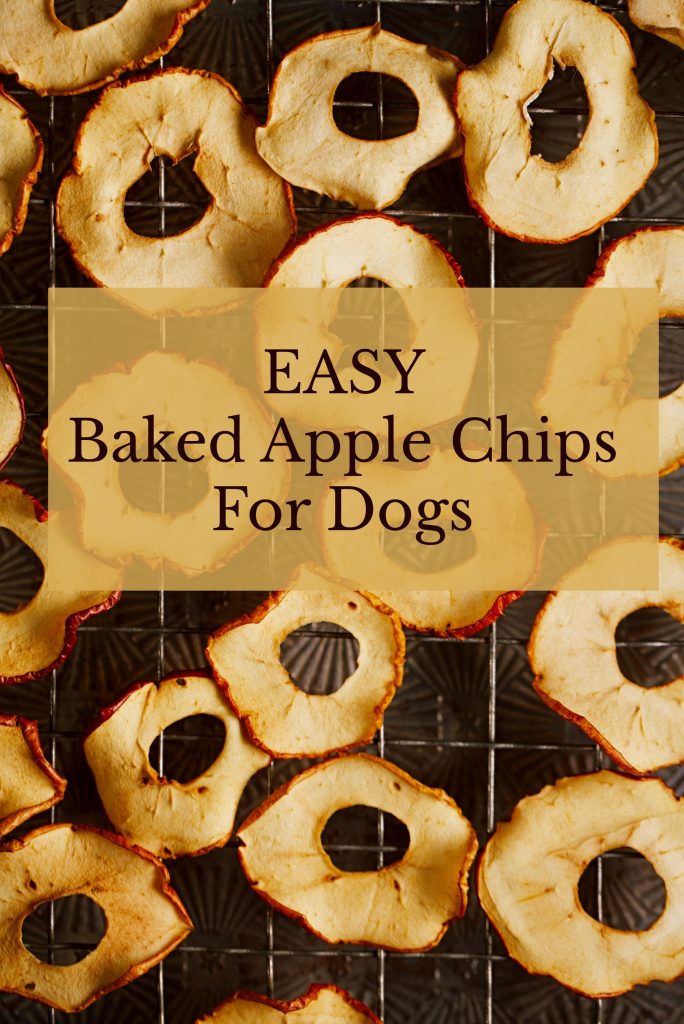 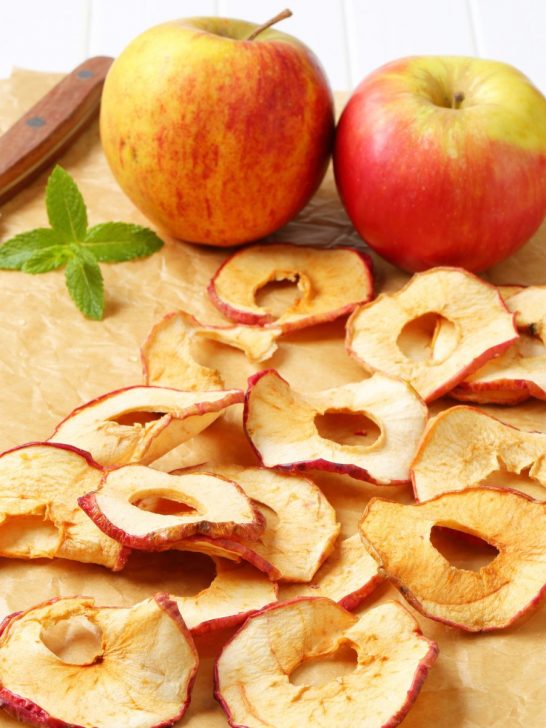 Please note that oven temperatures might vary and depending on how thick your slices are, you may have to bake them longer.

The longer you bake, the crunchier the slices will be.

You can substitute cinnamon for honey or coconut oil and if you go with cinnamon just make sure that it does not contain nutmeg is toxic to dogs.

I like to use Ceylon cinnamon because it’s said to be the safest for dogs to consume. 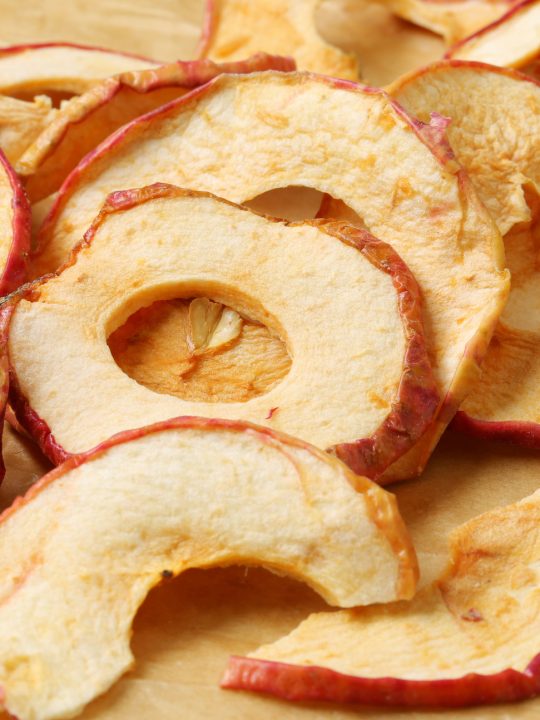 A very important part of the baking is to leave the apple slices in the oven after you turn it off.

The slices should be a little soft and then when the oven is completely cool and you take them out, they should be crunchy!

Sherman was my taste tester and they received his signature drool of approval. 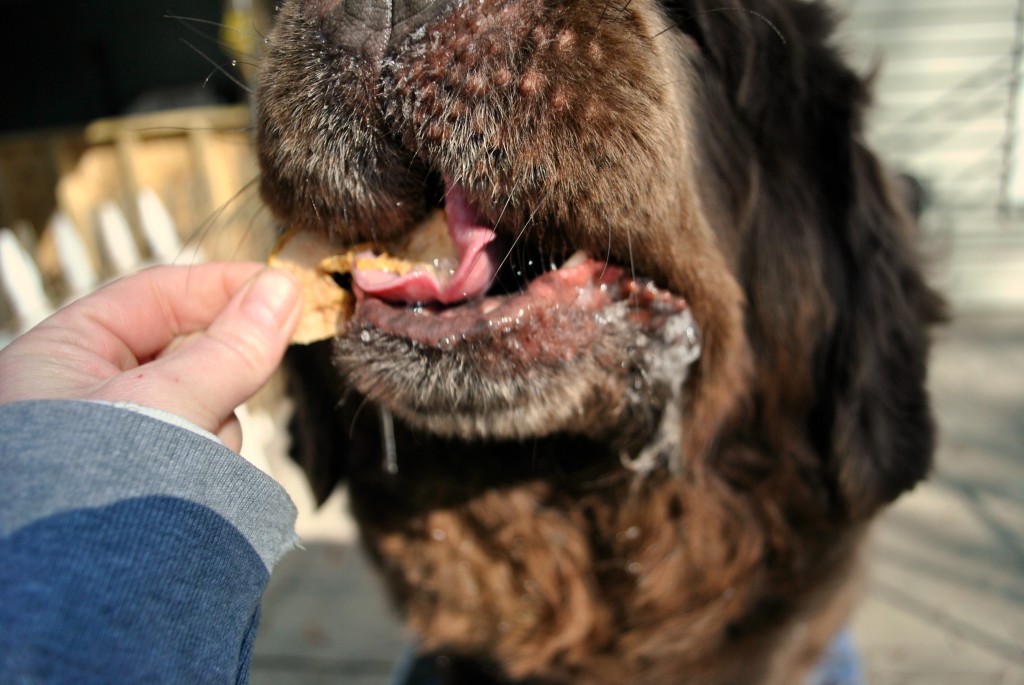 The only bad thing about these baked apple chips was that I left them out on the counter and went outside with the dogs and when the kids came home from school they each grabbed a handful and went to town eating them, barely saving me enough to take these pictures!

So easy, so good, so healthy and good for dogs and kids!

What type of apples should you use?

I like to use Pink Lady apples but Gala, Honeycrisp, and Fuji apples will work nicely too.

Today I actually used green apples because someone ate all the Pink Lady apples! 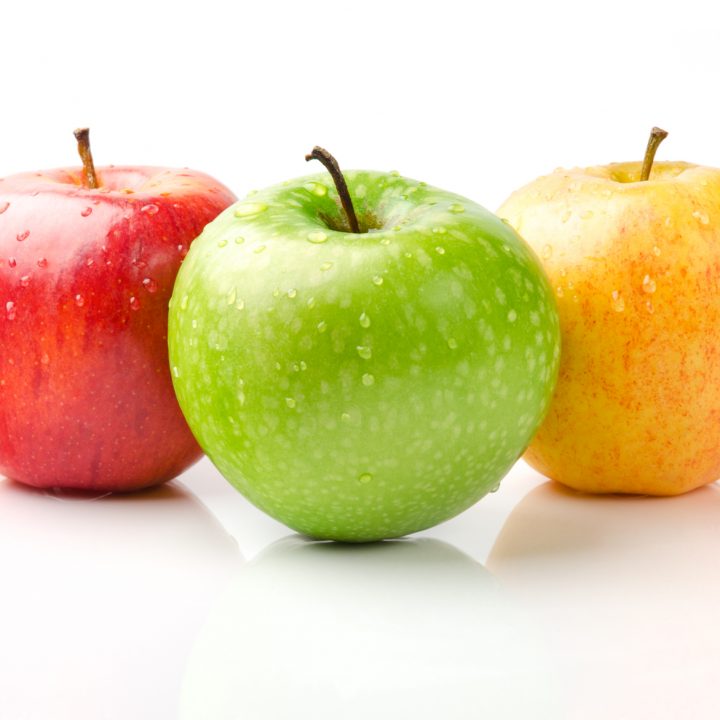 You can store these baked apple chips in an airtight container.

Depending on how dried they are, they should stay for at least a week if they last that long!

My dogs like their treats crunchy, so I always leave them in for a bit longer.

And I’ve been known to grab a few myself so sometimes we curl up on the couch and share some apple chips!

I wonder if they can be made in a air fryer? Hhmmnnnn - will let you know!

They definitely can be!

[…] Mmmm…apples! I love these chips but make sure, human pals, to remove the core and the seeds completely before you make this amazing treat. My mom skips the cinnamon, just because she doesn’t like cinnamon (but sometimes my dad puts them, lol). With or without cinnamon, this recipe is an amazing home made treats for your furry babies. Here is the link to that fabulous recipe https://mybrownnewfies.com/2014/03/19/baked-apple-chips-dogs-easy-good-healthy/ […]

This is great! It's October so I'm going to try this perfect Fall treat. I love that it's SO simple, I bet my dogs will love them. I'll have to be on the lookout to be sure my hubby doesn't scarf them all down himself though...LOL! Love & Biscuits, Dogs Luv Us and We Luv Them

[…] really couldn’t be simpler to make; I made ours in the oven following the directions from My Brown Newfies.  Recently I read that one kind of cinnamon is good for dogs, but another one might not be.  I […]