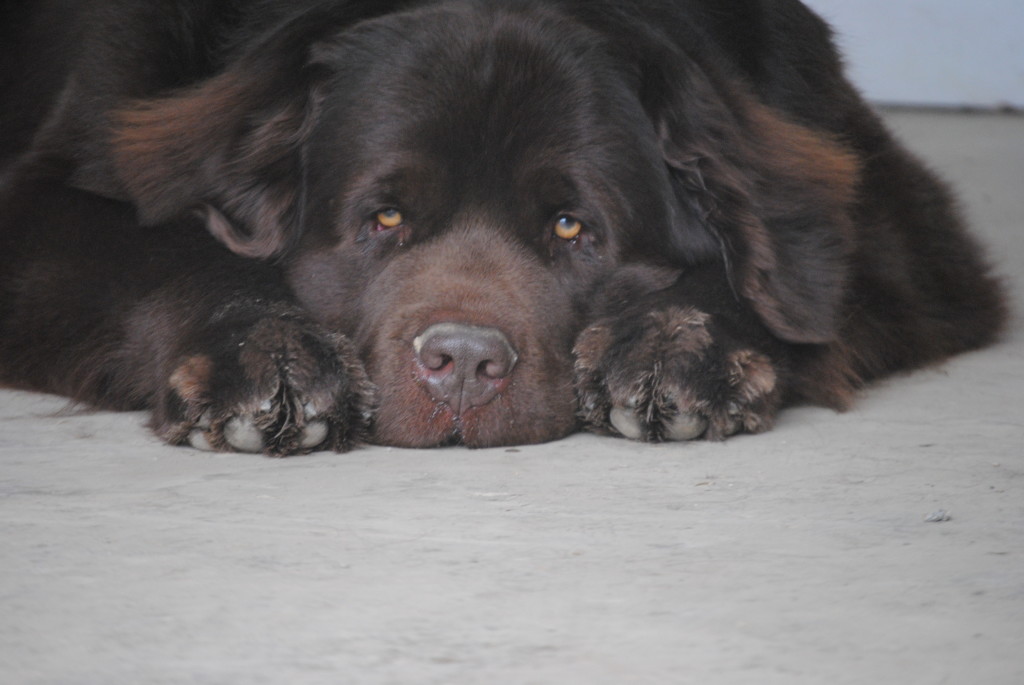 Paper towels are something that we use often in this house.

My husband always tells me that I should buy paper towels in bulk because we will always use them, but I insist on ignoring him and I buy a roll or two each time I go shopping. On rare occasions I run out, but this is very rare and I feel that I’m a pretty good judge of our paper towel usage and if or if not we will run out during the week.

I totally miscalculated our paper towel usage last week and we ran out at the worst possible moment.

In my defense, I had no idea that Leroy was going to get sick and produce diarrhea and vomiting in the same day. The diarrhea wasn’t so bad but it was bad enough that it didn’t make it to the ground and instead made it onto Leroy’s ass and tail, which of course then got smashed on my floor when he sat down as I was trying to wipe him up.

Normally when this happens I would just rinse him off with the hose, but seeing as the temps have been so cold we were forced to shut the water off in the garage so the pipes wouldn’t freeze and of course, I needed the hose when my husband was at work and I’m not tall or coordinated enough to reach the valve that is in a very stupid place.

So that is where the first roll and a half of paper towels went. Wiping diarrhea off of Leroy’s ass and my floor. The other half of the roll went to cleaning up dog vomit later that night. Dog vomit that contained undigested food and slime. Slime that was so thick that it wouldn’t just absorb into the paper towel, instead it kept sliding off.

As Leroy continued to puke throughout the night and my paper towel supply was quickly depleted, all I had left was dog towels, and when all the dog towels were used up I had to move onto the regular bath towels.

I have learned my lesson.

Dogs are unpredictable and I just need to suck it up and buy more paper towels so that I don’t find myself in this situation again.

Welcome to Monday Mischief – The pet blog hop that wraps up the weekend! This Blog Hop is brought to you by Alfie’s Blog, Snoopy’s Dog Blog, and My Brown Newfies.

That story is enough to have me heading out to the shops to stock up!!

I actually think I just vomited a little in my mouth.

Ugh, poor you and poor dog - and those poor bath towels will never be the same. We always buy paper towels and food in bulk. With kids and dogs in the house, there is never enough of anything on hand - more is definitely better.

Yikes. Poor Leroy. Poor you. Poor bath towels. I hope he is feeling better now...and that your hubby didn't rub it in your face for very long - and I pray - not literally.

lol, we always but TP and paper towels in bulk! :)