A Little Girl, Her Big Dog and the FURminator #PetHairSolutions 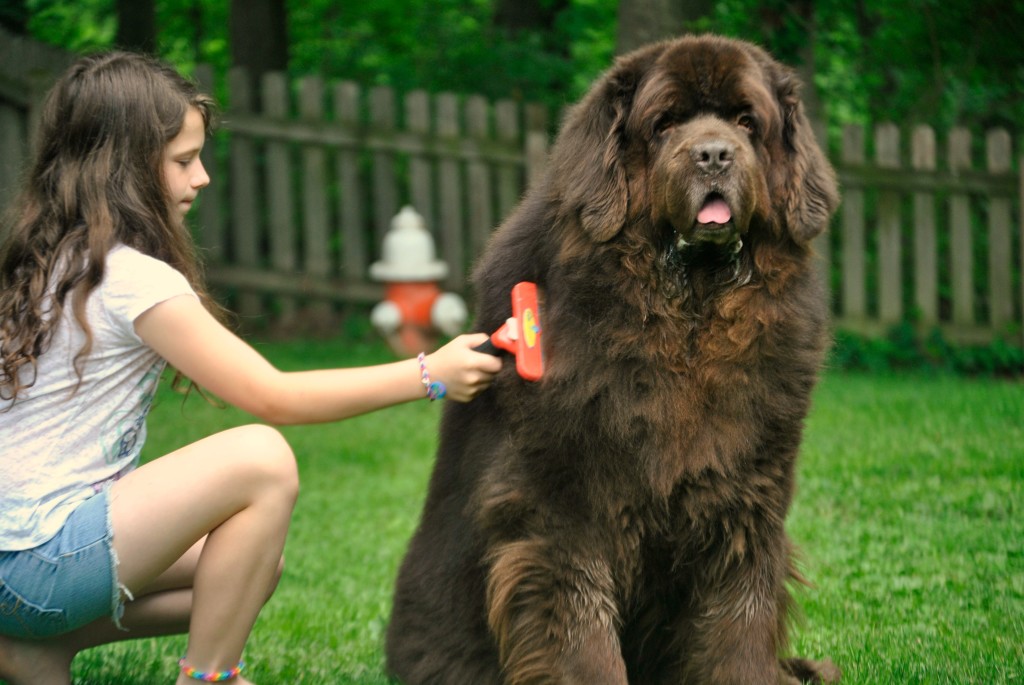 There once was a little girl named Gracie.

Gracie had a very big dog that looked like a bear.

Her dog’s name was Sherman.

Sherman was very fluffy and had a lot of hair. 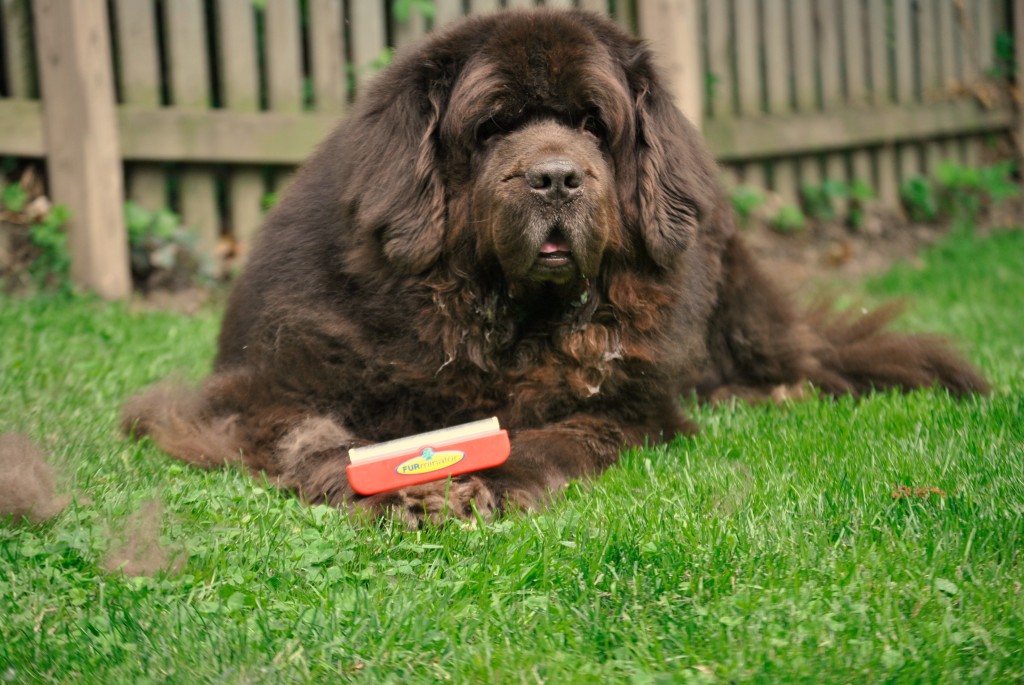 Gracie watched her totally awesome mom brush Sherman all the time with her FURminator® deShedding tool and she longed to one day try this tool out on Sherman because her mom, who is awesome, always raved about how well it worked on Sherman’s coat and how much undercoat it removed on him without breaking or pulling the hair.

So one day when Gracie’s totally awesome mom was working tirelessly on laundry, Gracie decided that she wanted to give the FURminator® deShedding tool a try on Sherman so that she could help keep his beautiful brown coat in top condition for the summer.

Gracie brushed Sherman for hours and the both of them had a great conversation about how they were going to have so much fun in Sherman’s pool this summer. 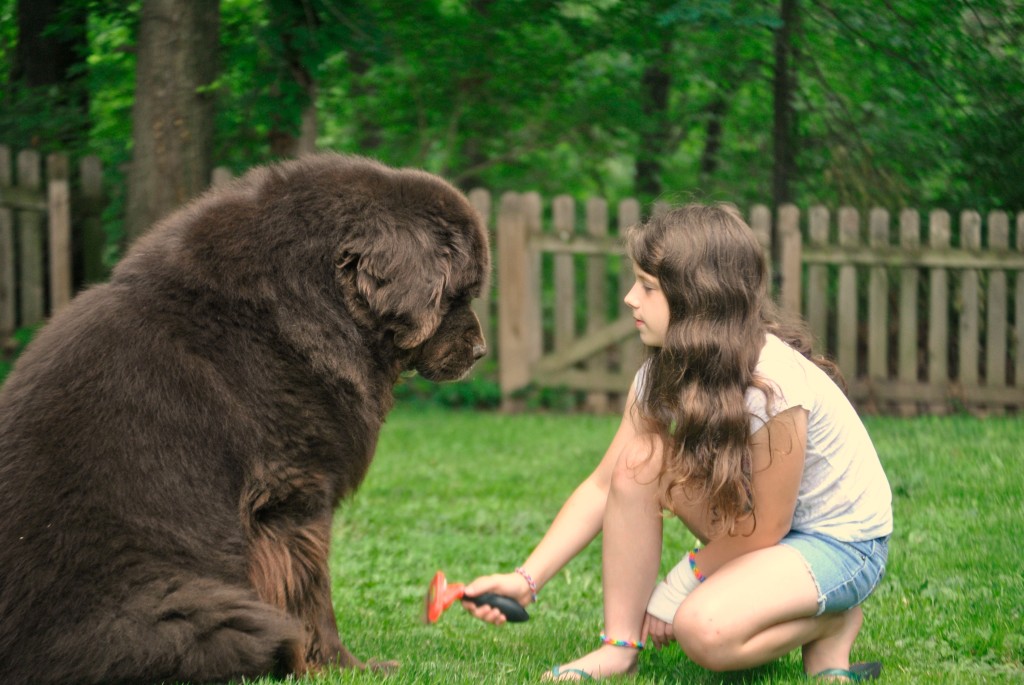 Gracie explained to Sherman that if they were going to be sharing a pool this year they would have to do something about all the loose hair that was falling off of him because she would prefer to lounge in a pool that did not have dog hair floating everywhere in it. (some girls are so picky)

Sherman agreed that a swimming pool filled with hair would be no fun but he wondered about the slobber?

He didn’t think it would be possible to keep slobber out of the pool but then he figured slobber and water go together so Gracie probably wouldn’t notice if a little bit of slobber got in the pool as long as it was just slobber and didn’t contain any debris. 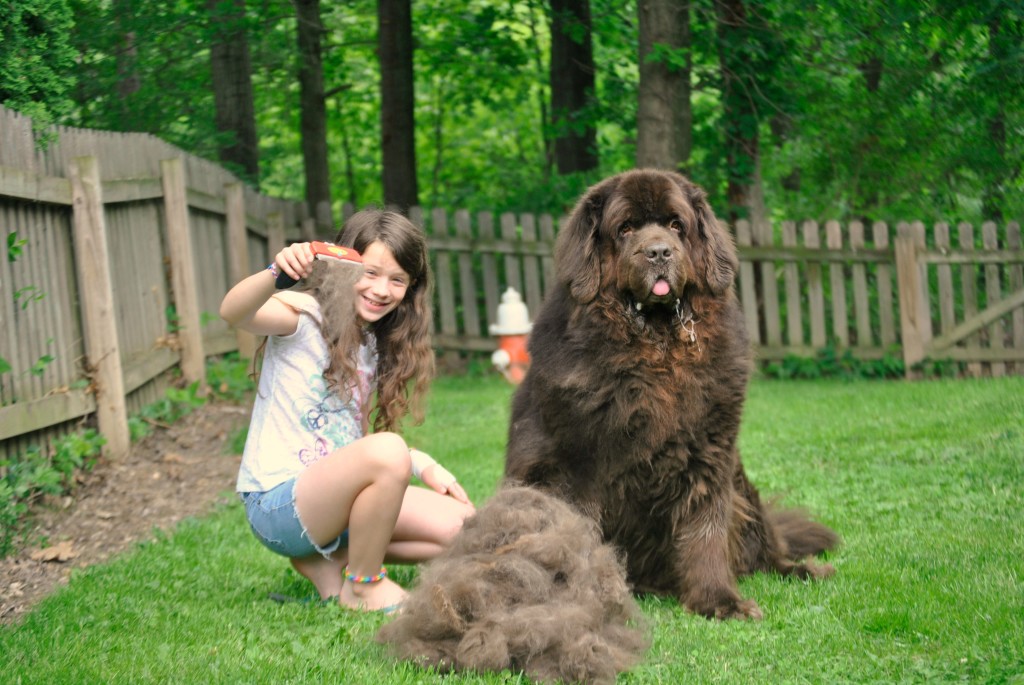 Gracie and Sherman were having so much fun with their summer pool discussion that they didn’t realize that Gracie had been eaten by a giant mound of dog hair until her awesome mother, who was still doing laundry, came looking for her.

“Gracie. Gracie! Where are you?” her mother shouted.

Gracie tried to answer back but every time she opened her mouth she ate a little dog hair, so she began waving her hands high above her head.

Sherman began to bark and paw at the mound of dog hair that was wiggling back and forth. 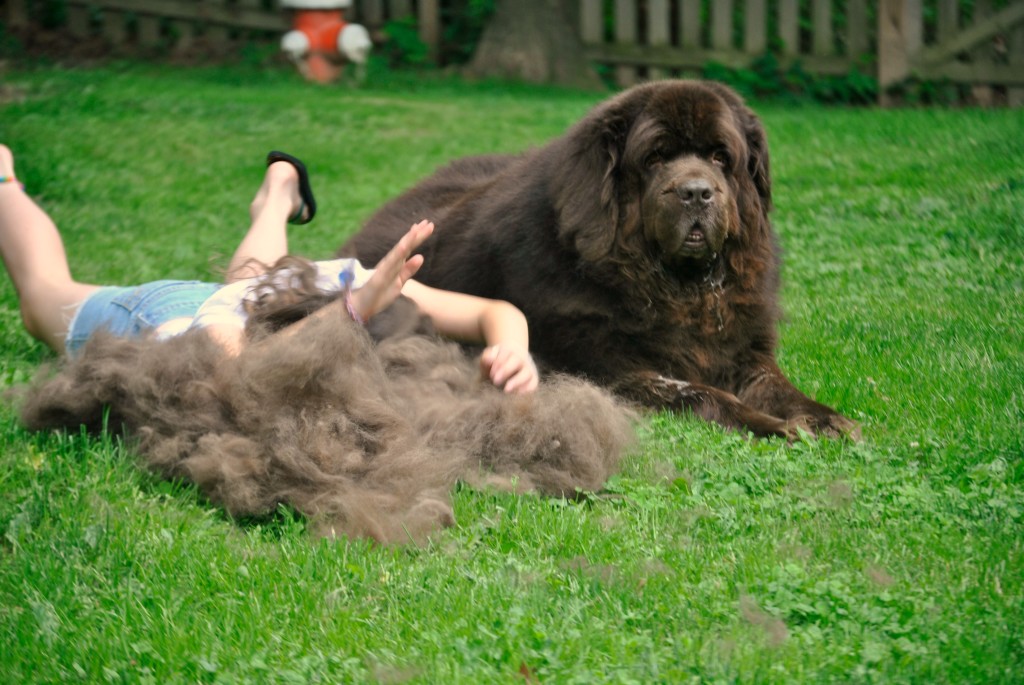 Finally, Gracie’s mother saw her little hands waving back and forth and she was able to pull Gracie from the giant mound of dog hair.

It appeared as though Gracie and the FURminator deShedding tool had gotten the job done and Sherman was deemed pool ready for this summer! 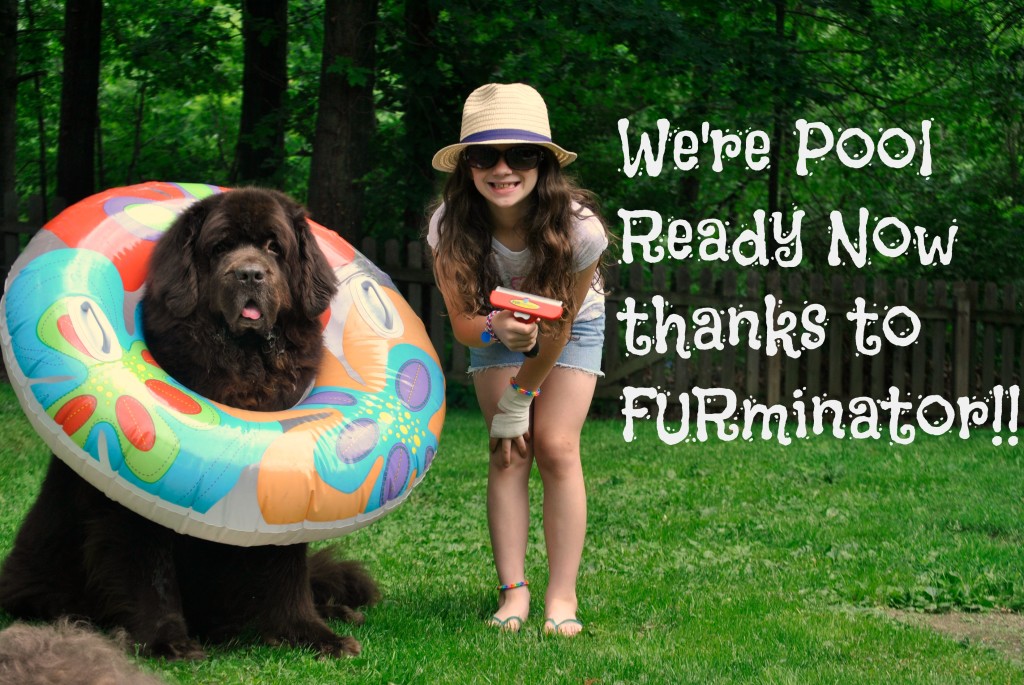 No! Not the end! Since you sat through that here’s a great summer giveaway for you!

One lucky reader of My Brown Newfies will win a FURminator® deShedding tool of their choice just by entering the rafflecopter below! Open to US residents only.

This post is sponsored by FURminator. I am being compensated for helping spread the word about FURminator, but My Brown Newfies only shares information we feel is relevant to our readers. FURminator is not responsible for the content of this article.

0shares
Previous
How Dog Slobber Helps Me In The Bedroom
Next
The Look Of Disgust
Click here to cancel reply.

how could you not look at that dog and smile?

I am smiling and you are too sweet. :)

I'm a newbie to your site (I almost said 'newfie' as a horrible pun...), but am loving it so far! I'm definitely smiling and know the dog fur pile well.

I am smiling at that gigantic dog!

What a great story and a great review. And Sherman looks so soft and fluffy!