4 Newfoundland Dogs That Lived In The White House. 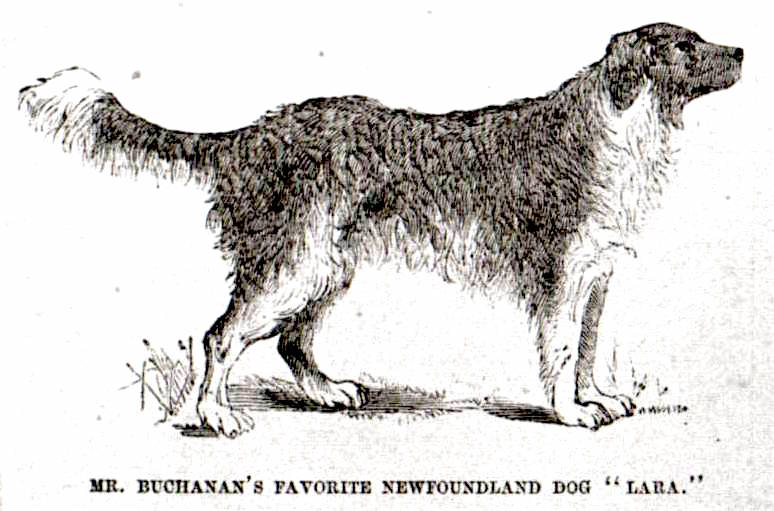 The Newfoundland is a working dog on land, in water and………. in the White House?

That’s right! There has been more than one Newfoundland that has lived in the White House alongside their owner, The President of the United States.

James Buchanan was the first president to bring a Newfoundland into the White House. Her name was Lara.

“The president brought Lara, all 170 pounds of her, to the White House with him from his Wheatland estate near Lancaster, Pennsylvania. In 1857, it was rare to spot a Newfoundland in the United States. Several sources from the time report that Lara looked like a bear, and she seems to have caused quite a stir in our nation’s capital. (So that’s where that bear comment came about!)

Because photography was in its infancy at the time, no photos exist of Lara, but her popularity did warrant an artistic rendering in Frank Leslie’s Illustrated Newspaper, a popular magazine (pictured above), and this comment:

“Prominent also is Mr. Buchanan’s Newfoundland dog, Lara, remarkable for [her] immense tail and [her] attachment to [her] master…. This dog will hereafter become historical as a resident of the White House.”

“In addition to their close friendship, the president and Lara also shared unusual eye habits. Lara had the somewhat unnerving practice of sleeping motionless for hours with one eye open and the other eye closed.

Interestingly, Buchanan was near-sighted in one eye and far-sighted in the other. This condition caused him to frequently tilt his head to the left both in conversations and when he was reading.” 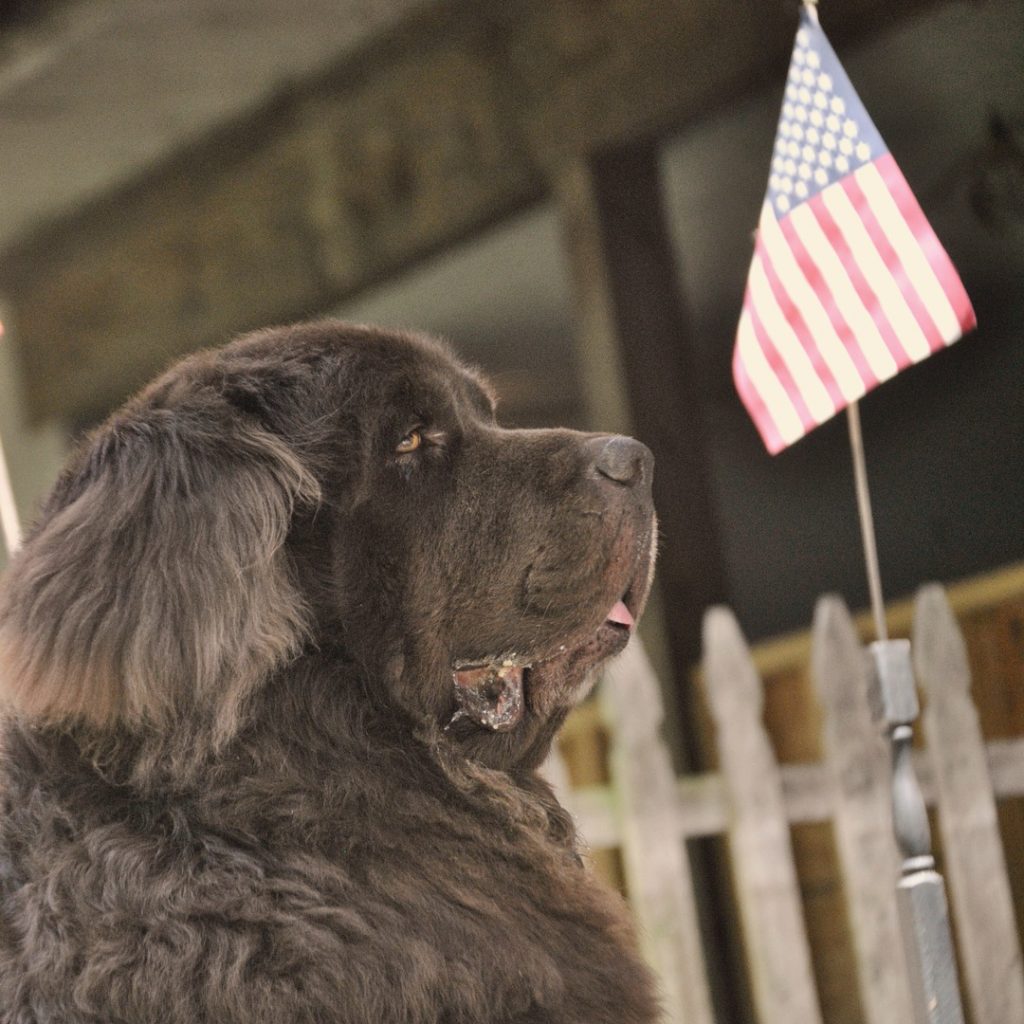 Ulysses S. Grant had a Newfoundland named Faithful. Actually, Faithful belonged to Grant’s son, Jesse. Jesse, didn’t have good luck with pets up until Faithful so President Grant once made this statement when he was presented with the Newfoundland:

“Jesse has a new dog. You may have noticed that his former pets have been peculiarly unfortunate. When this dog dies, every employee in the White House will be at once discharged.”

It’s said that Faithful was happiest when performing tasks at the White House.

Rutherford B. Hayes had a Newfoundland named Hector. It’s also said that he had 20 other pets in the White House with him including birds, cows, horses, and cats. Due to the era, there are no pictures of his dogs.

James A. Garfield had a Newfoundland named Veto. Why the name Veto?

“According to the book First Dogs: American Presidents and Their Best Friends, “Garfield wanted to remind the rambunctious Congress of 1881 that he might not sign all of the bills it passed.” He declared those bills were essentially “a revolution against the Constitution.”

So naming his dog Veto was kind of like Garfield giving Congress the middle finger.”

According to reports, Veto was a true protector and one time “Veto held the reins of a valuable horse on a rampage in the barn, and he kept on holding the stamping horse until help arrived.” On another occasion, when the barn caught fire, it was Veto’s barking that sounded the alarm.”

I wonder when the White House will once again be blessed with the love and devotion of a Newfoundland.

**Robert F Kennedy did have a Newfoundland named Brumis that visited the White House on occasion. 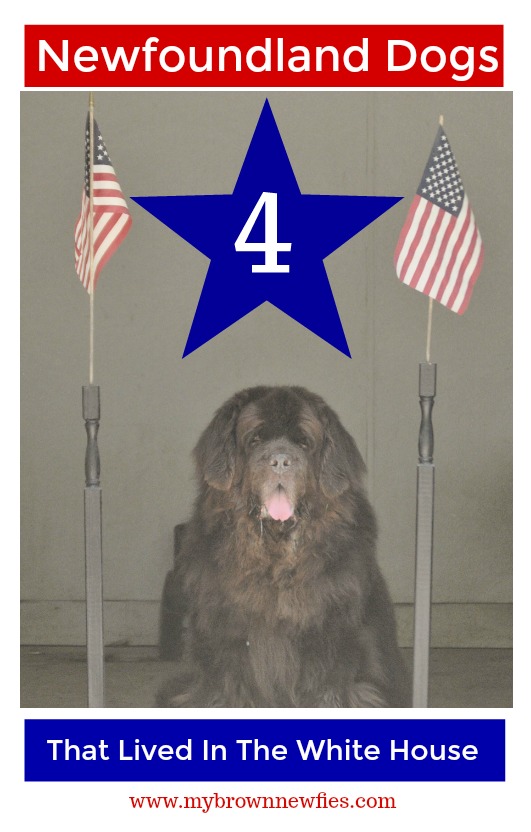 **This post contains affiliate links. Thank you for your continued support.

766 shares
Caring For a Chronically Ill Dog. Leroy Update
← Previous
What You Should Know Before Giving Your Dog CBD Hemp Oil
Next →
Click here to cancel reply.

Sounds like Garfield had quite a sense of humor! Loved the name of his dog -Veto! :)) Would be interesting to find out if someone in Congress had a dog by name Impeachment! LOL Thank you, for sharing!

I didn't know that, and it was so interesting! But to me, Lara doesn't look much like your Newfies. Do you think the breed has changed that much, or that it was it just an inaccurate drawing?

The breed had changed over the years. The Newfoundlands way back in the days was not as bulky as the Newfoundland today. Her head and muzzle do look a little long in the picture though. I would say that maybe she was an ECT Landseer which is a different breed than the Newfoundland but as far as I know the ECT wasn't around in the 1800's.

What a fascinating history of Newfies in the White House. I had no idea! Thanks for sharing a bit of history.

Right?! I actually didn't know all of them either. I remember reading about the dog Veto a long time ago! It was a fun post to write!