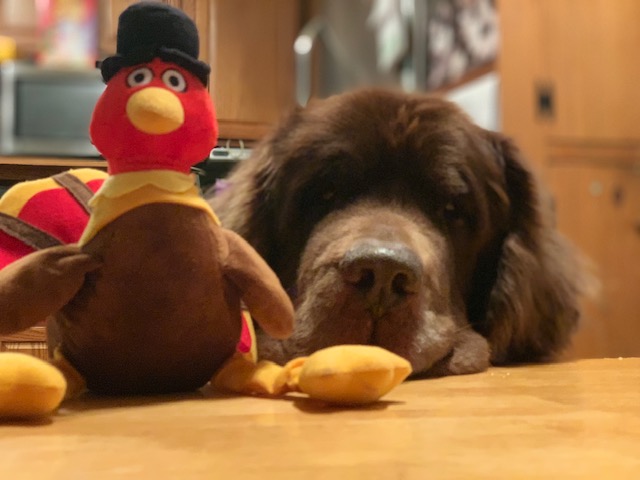 As we gathered around the dinner table on Thanksgiving, as we do every year, we each said what we were thankful.

The kids said what they thought I wanted to hear and since I’m an adult now,  I said what I really felt.

I was thankful that my family was happy (for at least an hour), healthy and gathered around the dinner table for the first time in months.

Having 2 teenagers, the gathering and happiness are both pretty good blessings these days.

As far as the health, the entire family has been sharing coughs and colds back and forth for the past few months, and with Sherman and Leroy being seniors everyone being healthy for the time being is also a very big blessing.

Do you ever say something and think you jinxed it? 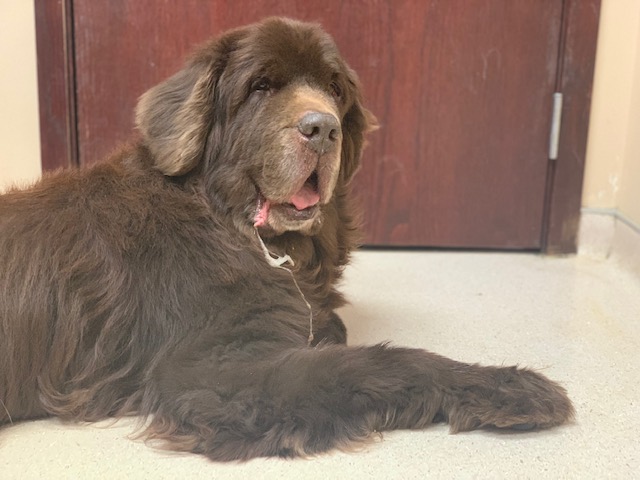 Husband woke up with a pretty bad cough and some mild wheezing. As the day progressed, so did his cough and wheezing. It got to the point where he needed to be seen by a doctor so he headed to a local Urgicare where he was diagnosed with pneumonia and admitted to the hospital.

In between his time of having a mild cough and it progressing, I took Leroy to the vet for his recheck.

Everything was going just as I had envisioned it would.

Leroy had gained 4 pounds which was the slow and steady weight gain I was hoping for.

His albumin level was up to 2.3 (low normal is 2.6 but for Leroy, anything above 2.0 is considered good) and all his other lab work, kidney and liver function all were good.

Then it happened. The kick in the teeth.

You know when you visit your vet frequently enough that you know his routine and how he examines your dog?

Well, that was a little different than normal and I knew something was up when he was listening to Leroy’s heart.

It wasn’t a quick 20 second listen, it was quadruple that. And then he moved his stethoscope around.

And then he said the words that I never thought I would hear again.

“He has an arrhythmia. I think we should do an ECG.”

My vet is awesome and he’s extremely laid back. He doesn’t recommend something just to recommend it. He recommends what is needed and he’s never steered us wrong. I could tell that he was caught off guard by this finding and he was a little worried so I ok’d the ECG and had it done.

I wasn’t supposed to get the results until the following day but they came back before we had left the clinic so the vet gave them to us.

I’ll be honest with you, I blacked out for a little bit while the vet was talking. Not like fainted blackout but zoned out because my mind was beside itself.

This is why my husband usually comes with me because he knows that I do this but, he was home trying to catch a breath.

And then I started to come back around and swear words were taking over my mind.

In 10 minutes I went through all the stages of being mad, sad, and even keel.

If after all we’ve done to get him back from the IBD and his heart gives out, I will be SO pissed.

How could this happen?

How did I miss this?

It’s not like he’s not at the vet every 2 months.

Did I miss the signs?

Maybe. Leroy has had an intermittent cough which I attributed to acid reflux. It doesn’t happen daily and it doesn’t happen at any specific time. There’s no exercise intolerance. No lethargy and no fainting. There is the weakness in the back legs but it’s gotten better.

But now I’m getting ahead of myself like I normally do. We don’t know the cause as of right now.

It could be nothing but it’s probably something with our luck.

So we wait and see what the ultrasound shows and go from there.

We take it day by day and do what needs to be done. If anyone can fight this it’s Leroy.

Thank you to everyone for your support. I write these posts both for educational purposes and for documentation for myself.

The vet does not believe that Leroy is in any immediate danger and we can go about our normal routine. I promise to keep everyone updated.

p.s. I did ask about Taurine and DCM while I was there. If Leroy does have DCM we will have his taurine levels checked but the vet doesn’t believe that there is any reason to do that now. I personally don’t think that would be the cause in Leroy’s case but I will have it checked if need be.

p.p.s. Leroy’s cobalamin/folate results will be back next week.

p.p.p.s Husband is doing better and will hopefully be able to come home from the hospital in a few days.

Wow. It's always something, isn't it? Just when you get things steady something else happens. Hope hubs is feeling better. Dougie and I have all of our fingers and toes crossed that it turns out to be "nothing" for Leroy, and that things get back to normal. And give your other cocopuff a kiss for me. Hopefully he's not feeling left out of all the excitement.

So sorry to hear the latest news. Bet wishes to your hubs as he recovers. Keeping our paws crossed for Leroy's results.

Jeepers! Sending hugs and healing energy for ALL of you! And sending angel kisses from Callie and slobbery puppy kisses from Shadow and Ducky.

I can so relate to Joy's and your emotions...for months I blamed myself for not catching Callie's cancer at a time when we might have been able to do something about it. Three years later I'm past that but it doesn't mean I don't still cry over not having my big girl here with us.

Big hugs to you and Leroy and hubs. Hope it's all nothing and everyone gets better quick.