The Adventures Of Odin And Finn. October Edition

The Adventures Of Odin And Finn. October Edition

I thought that I would bring a little fall cheer to your week by sharing some of the hundreds of pictures that I took of Odin and Finn this week.

Don’t worry, I won’t share every single picture, just some of my favorites! 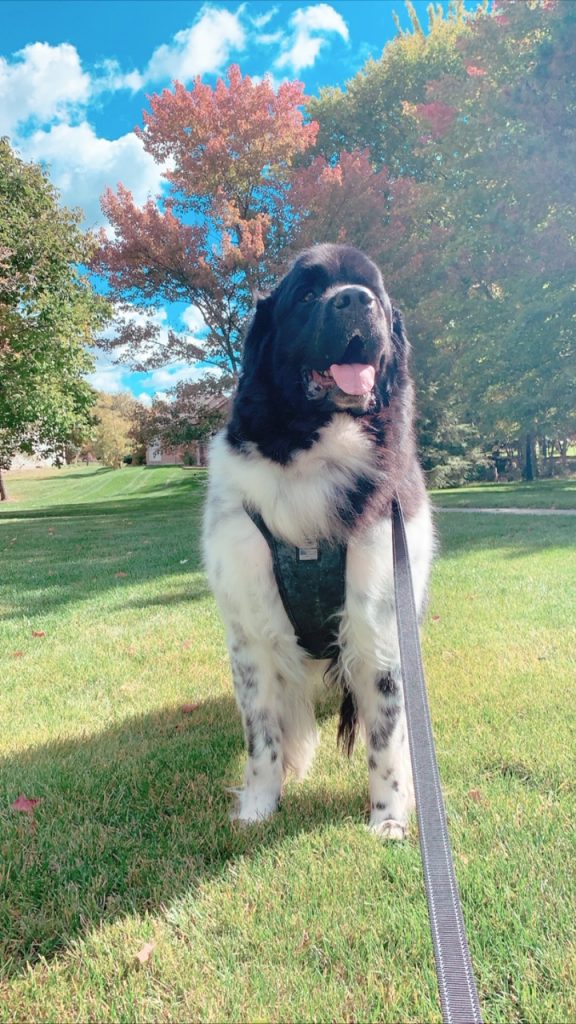 We’ve been having such amazing fall weather here in Ohio and it’s been great for getting out and about with both the boys.

Odin loves to go on adventures and we’re trying to get Finn to enjoy them just as much.

Finn is not a big fan of going for rides in the car so we are trying to work on that with him. 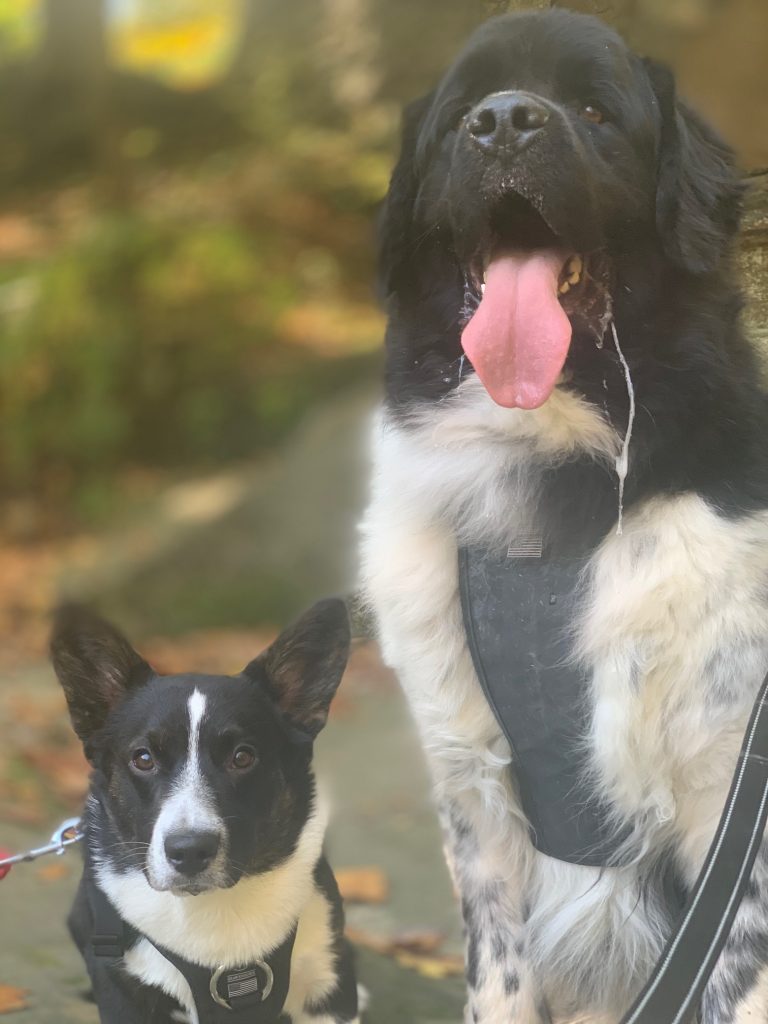 He also started going through a phase where he didn’t want to go on walks so that’s another thing that we’re trying to work on him with.

We started the week off visiting our favorite local ballpark. 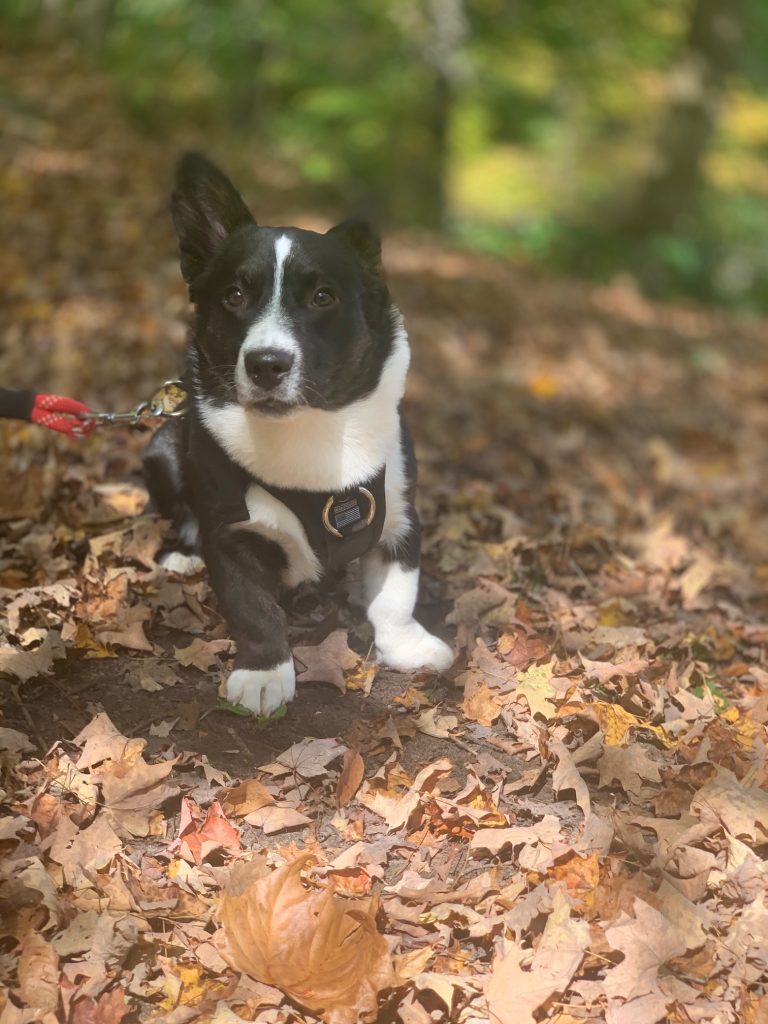 The colors are just starting to pop here and it makes me smile to stare up at the trees.

We also made a trip to my old stomping grounds.

I used to go to this small park with Leroy and I haven’t been there in a few years. 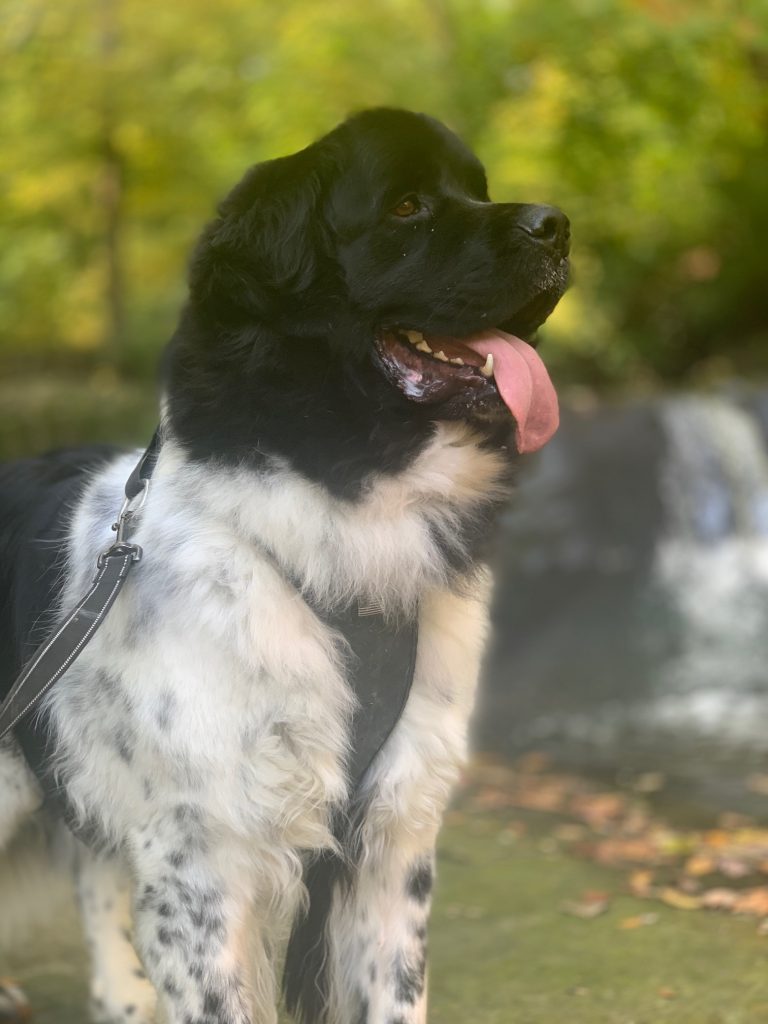 It was nice to go back.

I was hoping to catch some of the beautiful fall colors but the trees in the area didn’t have as much change as I thought they would.

The park was also super crowded for a weekday, with a lot of kids and groups of people so while it was good exposure for Odin and Finn, it wasn’t that great for taking pictures because they were very distracted with the hustle and bustle. 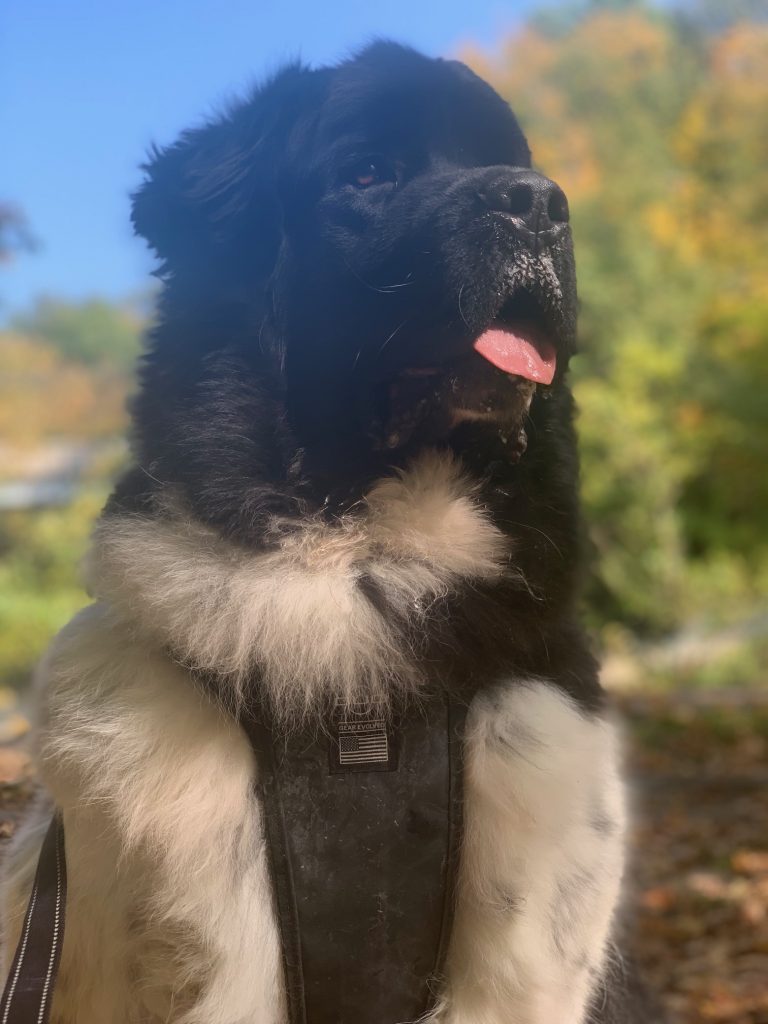 After the park, I had planned to take my daughter and the boys to a place that I visited a lot when I was a teenager.

The witches grave at a local, old cemetery.

The problem was that when we got back to the car to head over there, I realized that I forgot to bring the dog’s water jug with us. 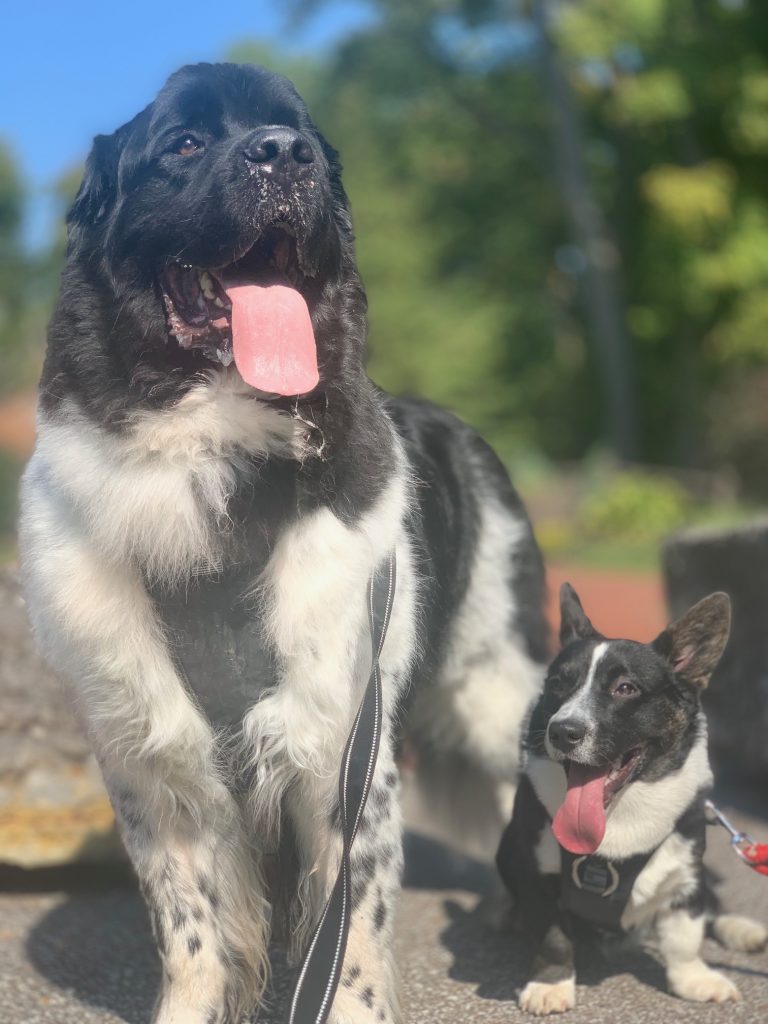 It was in the low 70’s that day and they needed a drink so we headed home.

We plan on going back next week!

We also had some fun with costumes. 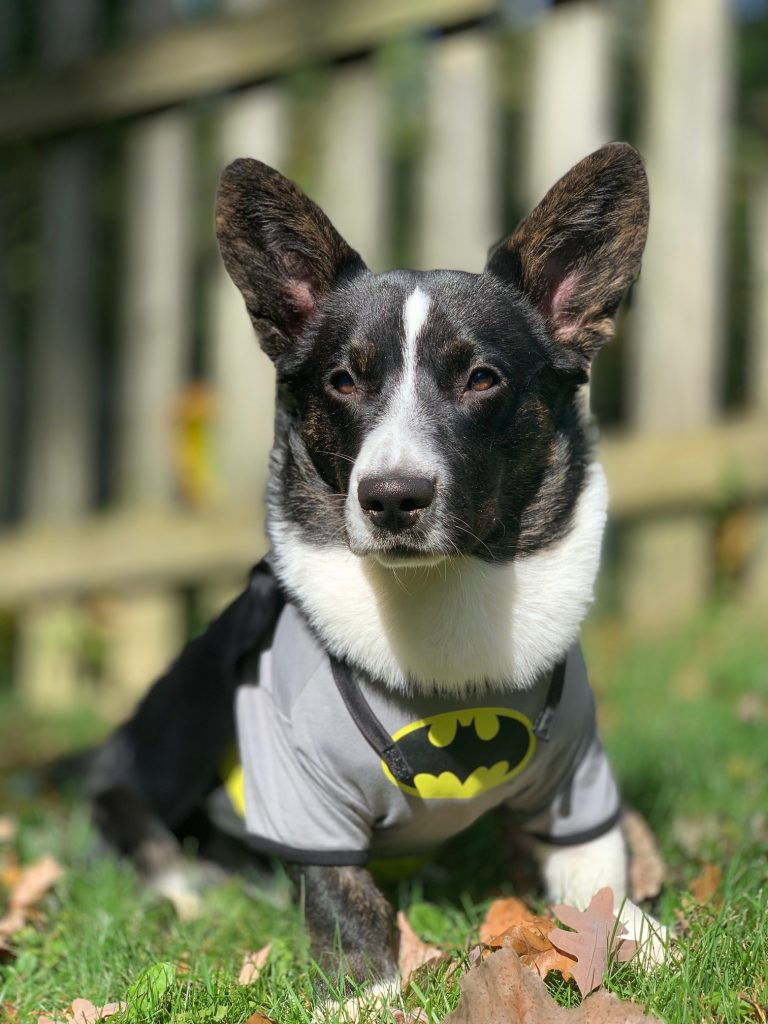 Not only does Finn have a Chucky costume but he also has a Bat Dog costume.

He fits the role pretty well with those huge ears! 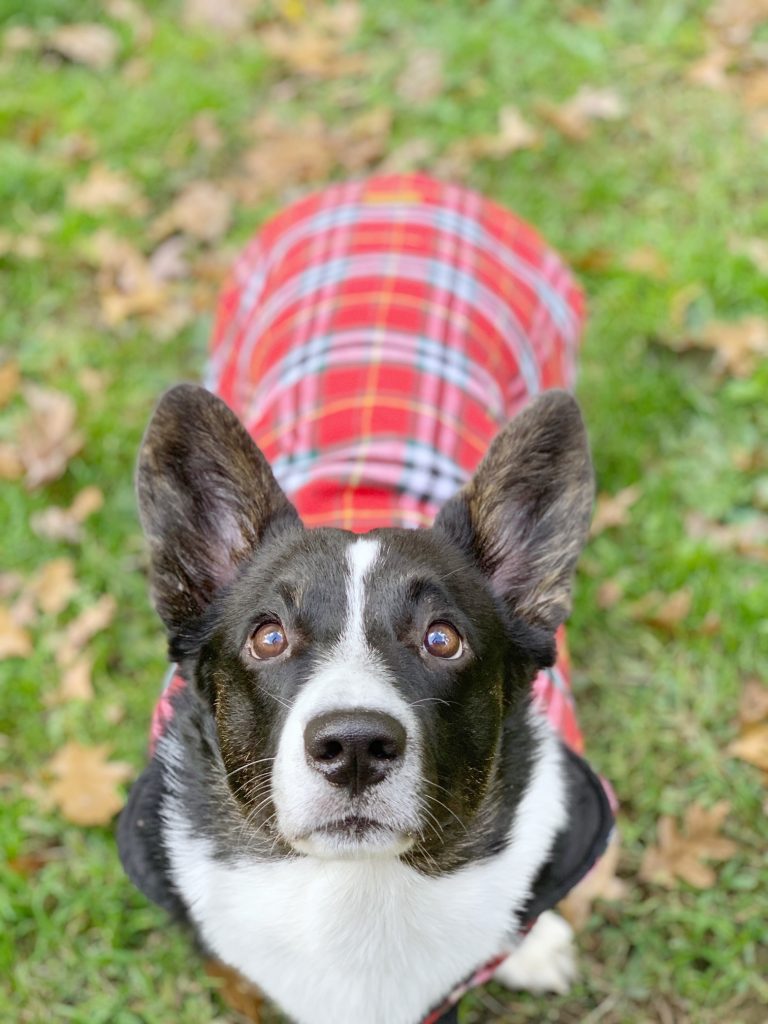 I ordered it off of Amazon and to be honest, I don’t know if Corgi’s need a coat in the winter but I thought it was better to be over-prepared than underprepared.

It’s a little big but it will work if we need it to! 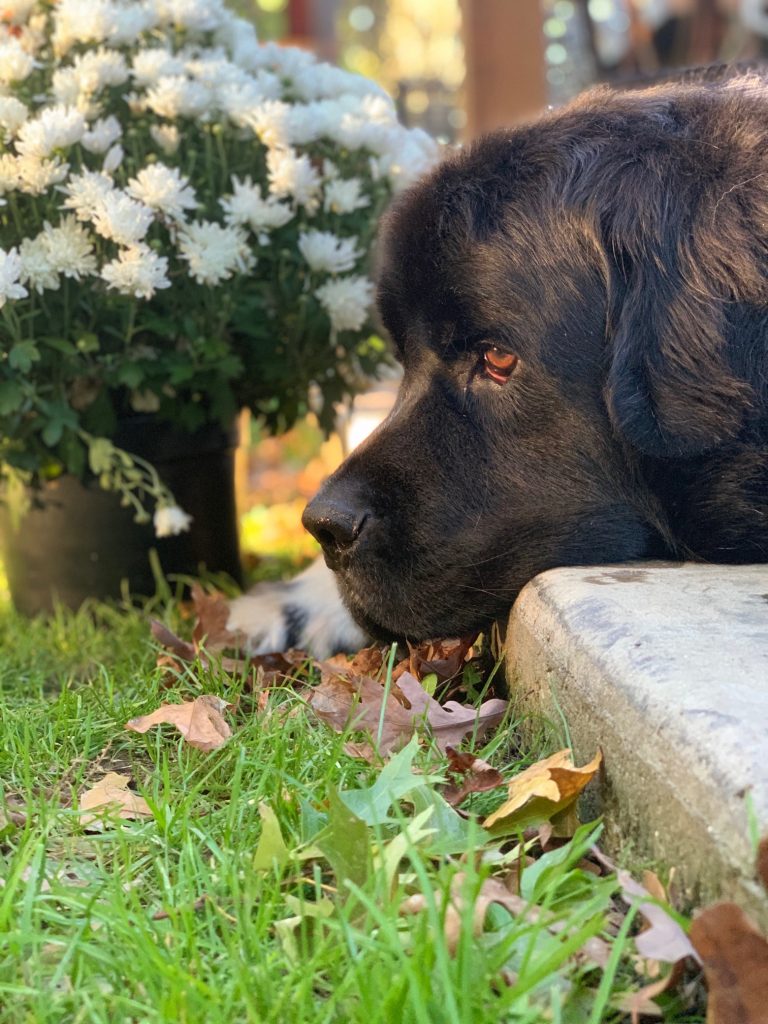 We ended the beautiful week with a gorgeous sunset.

Odin watched the sunset and I watched Odin.

I’m glad that I live in a world where there are dogs and Octobers. 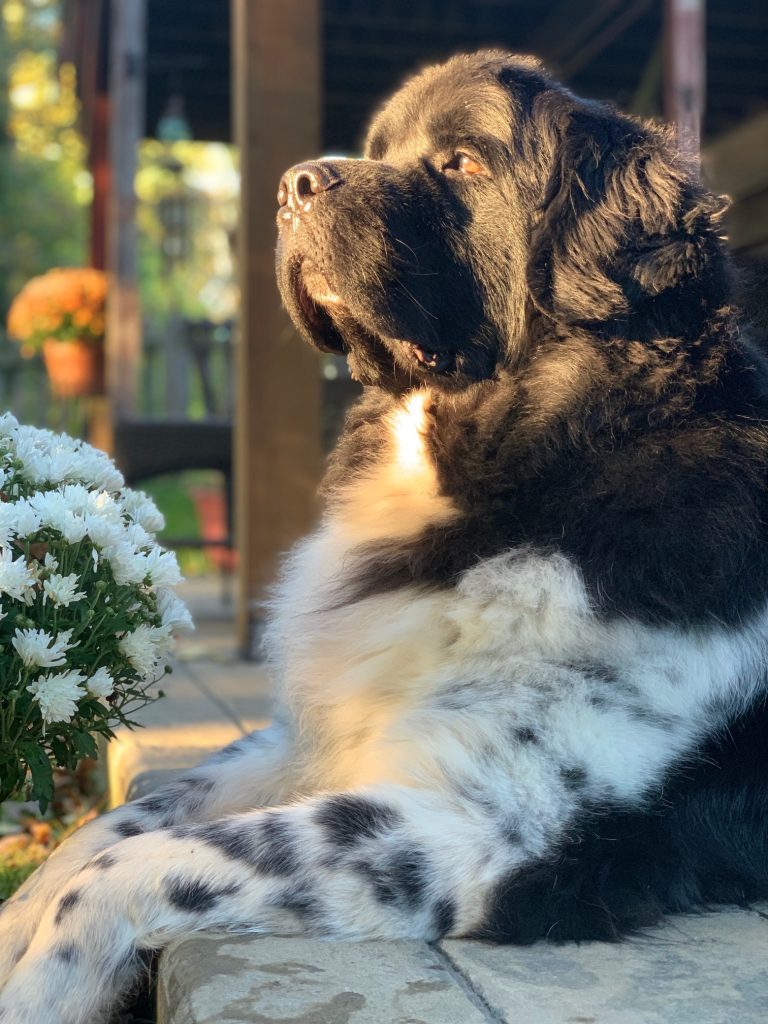 Next week we’ll be starting the week off with baths.

Followed by some more adventures since the weather is going to be good for most of the week! 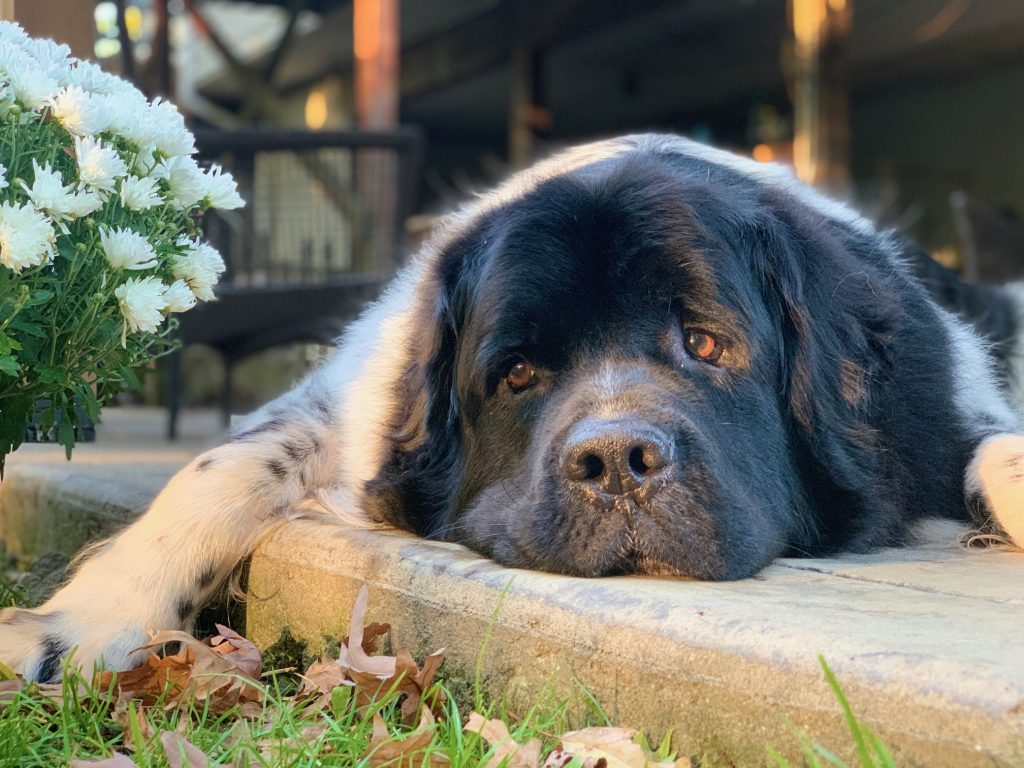 I hope that these pictures brought a smile to your day and if you want, I can continue to share posts like this a few times a month! 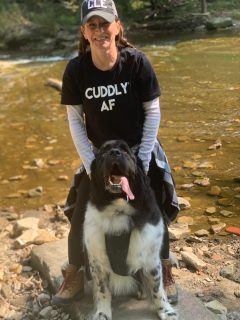 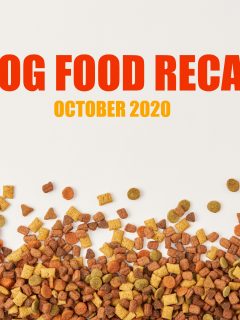 Always cute. Finn has a funny yet such a serious look on his face for a little guy.

Love your stories. Question if you could answer. Our Newf puppy Walter is 13 months old. We’ve been to training classes and he’s doing well. My question is he doesn’t seem very loveable he hasn’t since he came into our lives. I’ve been told it will probably will change by the time he’s 3. Your thoughts?

Hi Susan! Yep, I think that some are just like that. Leroy was that way for a long time. It always made me sad because I didn't feel like we had much of a bond but around 5 years of age that changed and we became really close. Sherman and I bonded almost right away and it seems like Odin and I found a bond pretty quick too but Leroy was definitely a late one. Sometimes the young ones take time so I would try not to worry too much about it

What beautiful pictures of your pups. My name is Jen and I live in NJ. You remind me a lot of myself. I lost my brown Newfie Stella almost a year ago. She was my world. I now have a landseer named Soph. She keeps me busy since she is only 8 months old. It warms my heart to see Odin & Finn and the wonderful life they have. They are lucky dogs! Please keep posting.

Hi Jen! Thanks for stopping by and checking out the pictures! I'm so sorry about your loss of Stella. I miss Sherman and Leroy every single day but like you, I'm grateful that I have Odin and Finn to keep me busy! They are a lot of fun and brighten my days for sure!

I LOVE these pix of Odin and Finn!! I hope you will share more of them soon!

Finn's winter coat looks like the one I bought for Ducky a couple of years ago - at least the plaid appears to be the same. Ducky doesn't really need it all winter - and would probably be happier if I got rid of it - but on those really bitterly cold days we get once in a while, I'd rather she wear it. But her fur is thinner than a full-bred Corgi's. She doesn't have that double layer, so she needs the extra warmth.

I've always enjoyed being in the backyard with our dogs, so nothing has really changed for me that way. I've never been a fan of big crowds, so the pandemic has given me the perfect excuse to stay home. Just the same, I know Ducky will be happy to go for walks at the park again next spring. And I'll be happy to take her, at least on school days.

Hi Sue! Yeah, I don't think Finn will need for most of the winter but maybe if we get any of those bitter cold days he could use it. I thought about getting Odin a matching one but I'm pretty sure he won't need it because his coat is coming in so nice this year!

I could sit out in our backyard all day and just watch them although I do like to go on hikes but without many people! The park we went to the other day just had more people than I cared to encounter!

Odin is just so handsome. What fantastic photos. They bring joy to alot of people. Thank you.

Thank you Penny! I could stare at Odin all day, he is just so handsome to me and I love photographing him!