Well, we’re just going to throw this Halloween into the black hole of 2020 because it did not go as planned.

In August I had the idea that Odin and Finn would be Buddy the Elf and Miles Finch for Halloween.

My plan was to recreate the scene of Buddy and Miles in the boardroom. 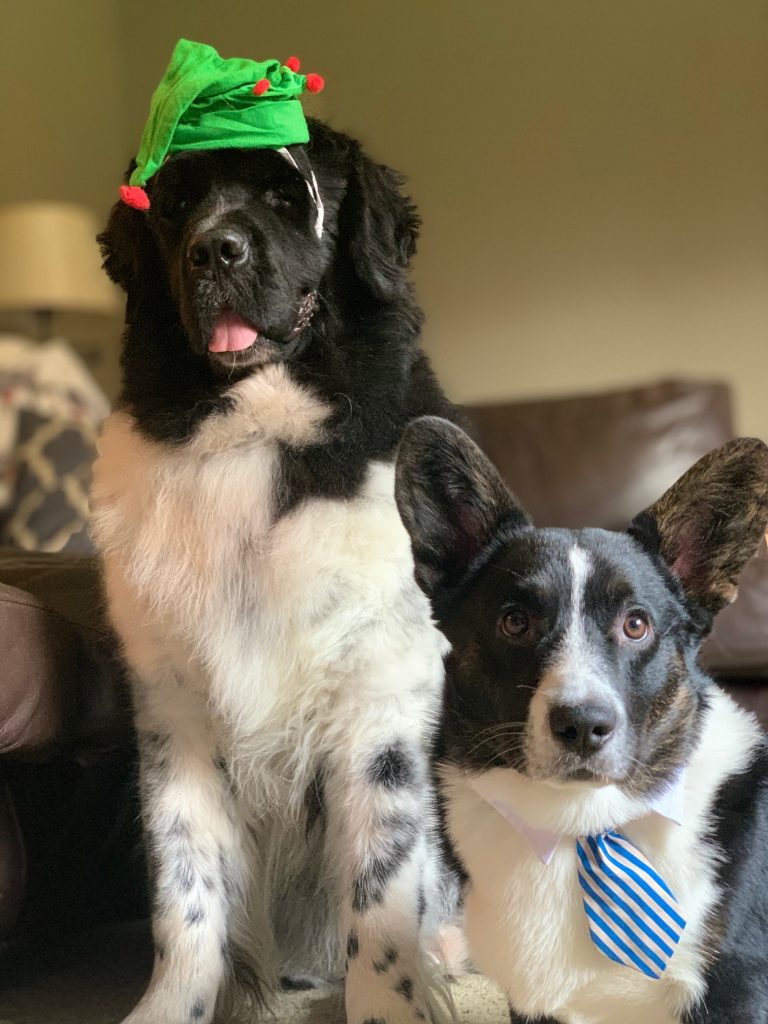 Specifically, the funniest part of the movie when Miles yells, “Call me elf one more time!”

In my mind, it was hilarious just like every weird thing that I conjure up in my head.

My first problem came when I was searching for elf costumes.

A Buddy the Elf costume is not cheap and not that easy to find but as usual, I figured I would somehow make it work out. 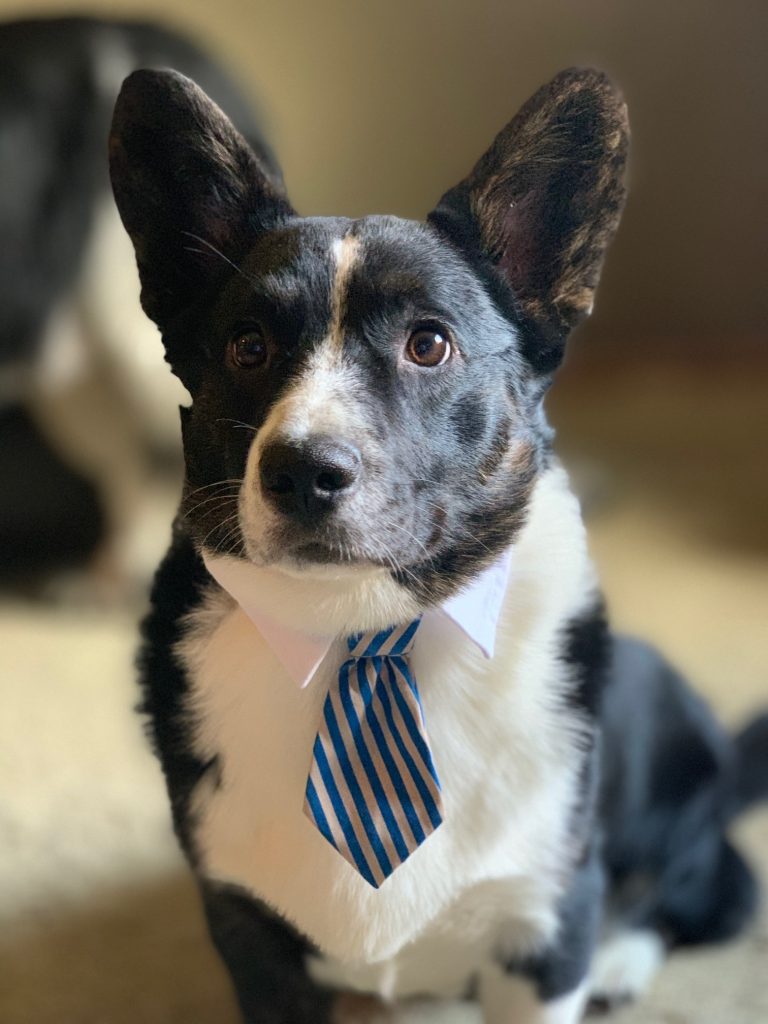 All Finn needed was a tie so that would be easy peasy.

But then time got away from me and my son bought Finn a Batman costume so I thought I would just do Batman and Robin.

I mean super easy when you order the costume before the week of Halloween. 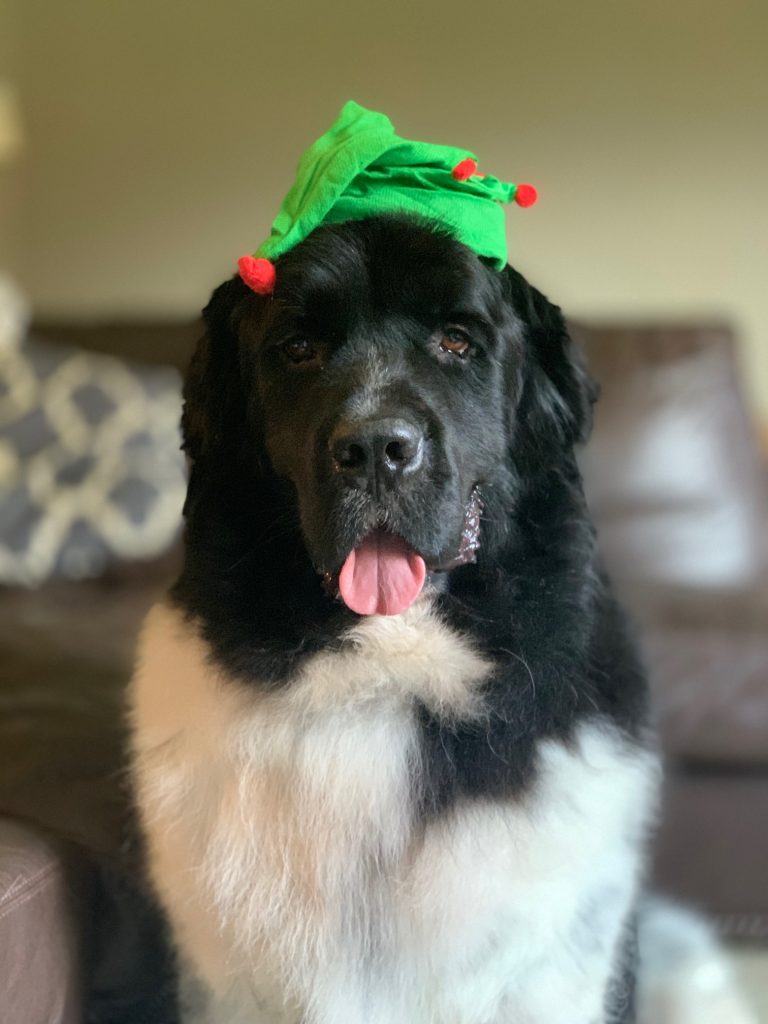 Of course, everywhere was sold out of XXXL Robin costumes BUT they did have an XL elf costumes available.

I didn’t think anything of it because they showed a Golden Retriever wearing an XL and Odin is on the smaller side soooooo……. 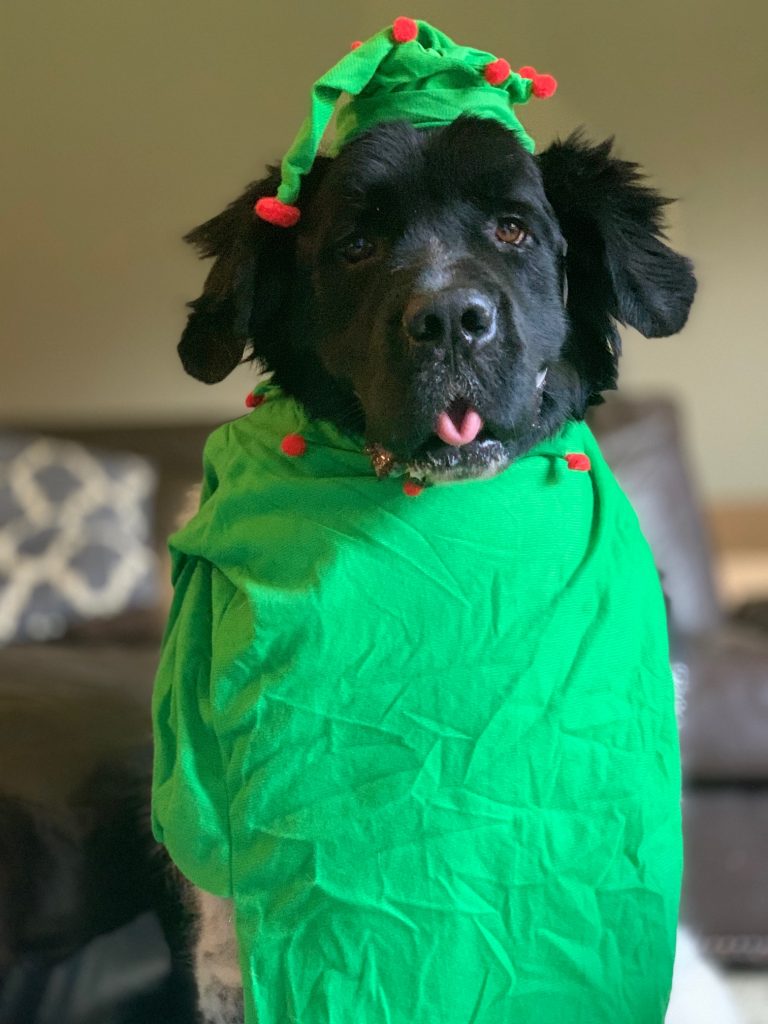 Of course, it didn’t fit.

But still, I thought that I could make it work and as you can see by the pictures it does not work at all. 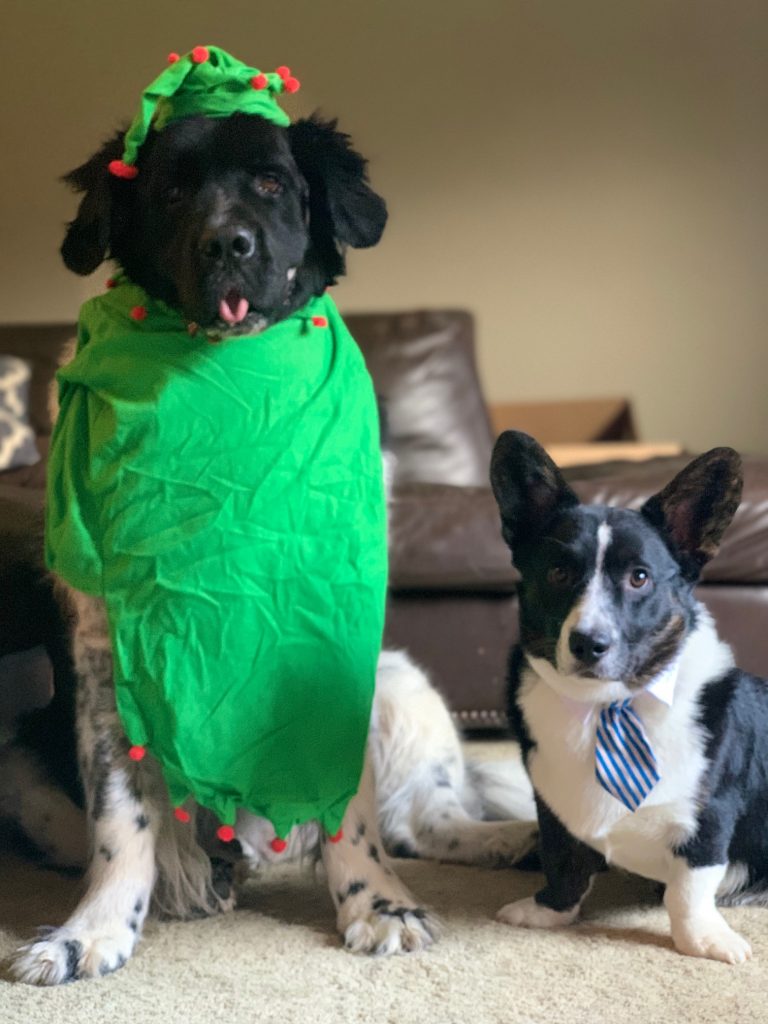 So it is what is and Odin is Miles Finch and Finn is Buddy the Elf.

Which I know makes absolutely no sense at all and the only thing saving me from just deleting all these pictures and skipping the Halloween post for this year is that Finn looks absolutely adorable as an Elf. 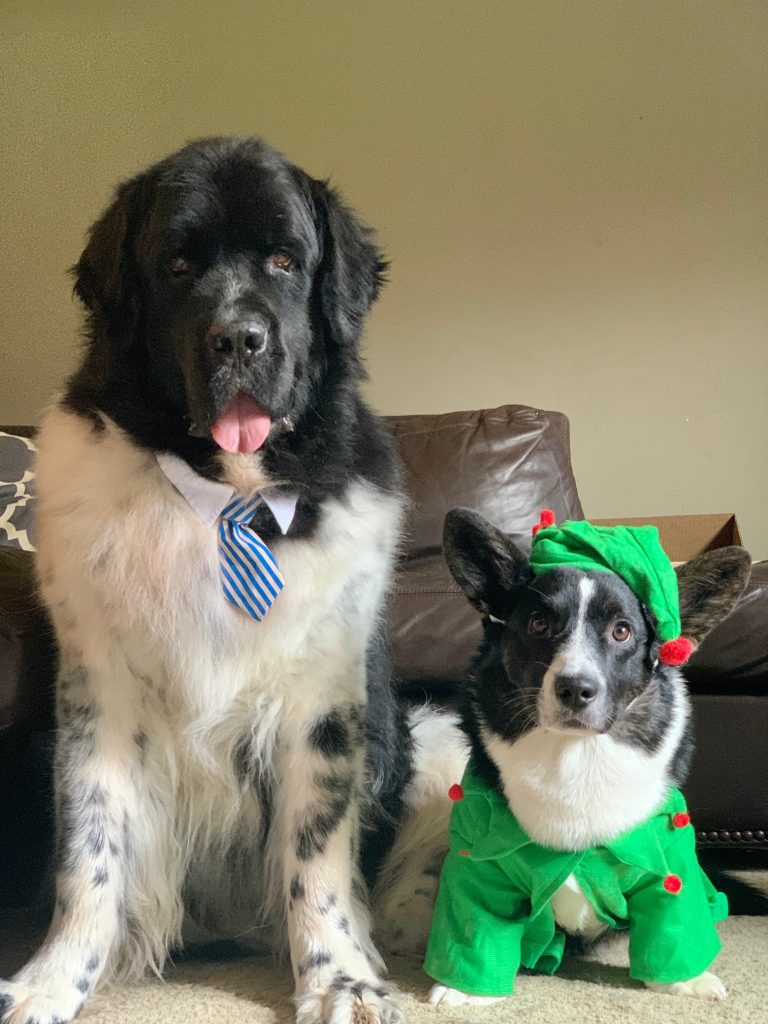 And no, the tie doesn’t fit either one of their fluffy necks.

Wishing you all a safe and Happy Halloween. 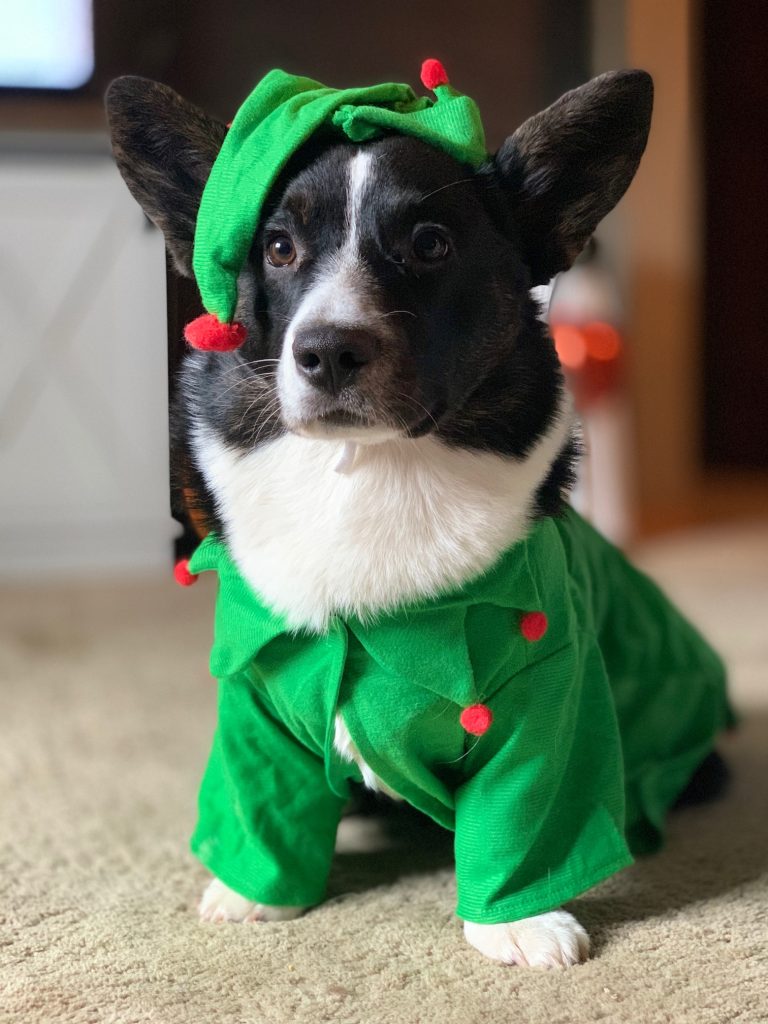 I’ll do better next year, I promise.

I know Leroy is. 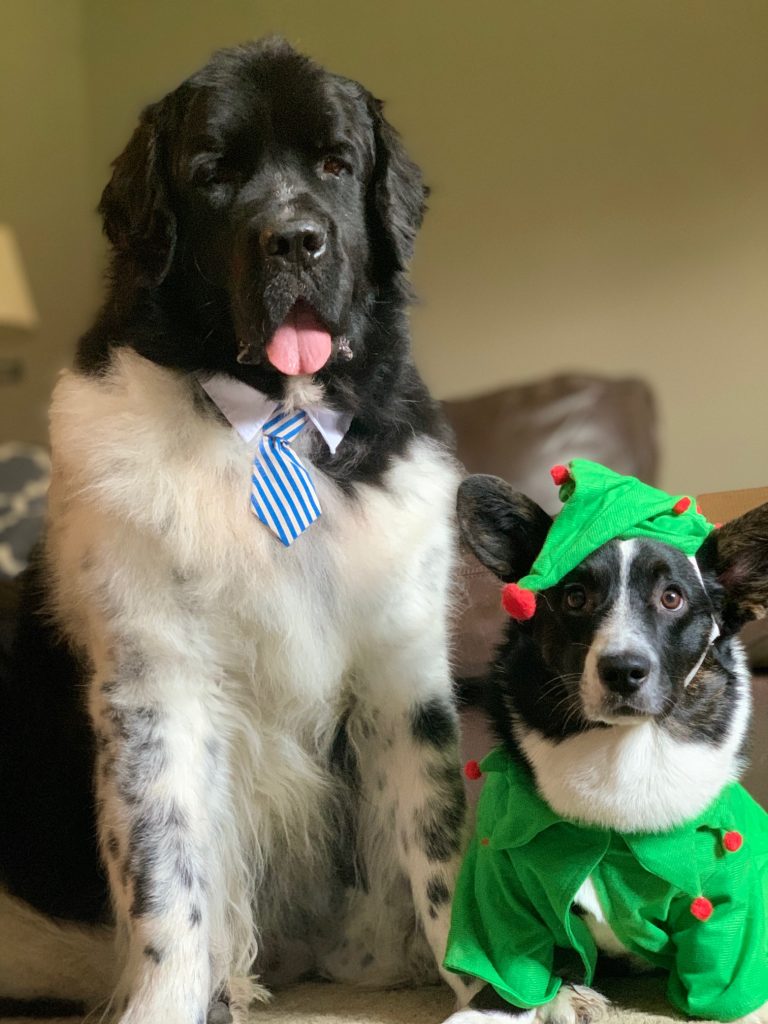 Oh my dog...I nearly snorted a fruit smoothie out of my nose. Too adorable! Well done. Here's hoping you all have a super happy and safe "Howliween."

🤣🤣🤣 I most definitely laughed! Thank you! Enjoy your evening!

Oh Jen! They are PERFECT!!! These made my entire day. Thank you!🤗❤️

Oh, I am sure Leroy loved every second of this! They both look adorable! The tiny tie on Odin just makes it even funnier, and Finn is the cutest elf ever! Enjoy your Halloween. I know how much you love it. I'm a Christmas girl myself (started decorating last night...🤣🎄).

Hahahahahahahahahaha those are so cute!!!! I don’t know why but i love a necktie on a dog. Our groomer uses them sometimes instead of bows or bandanas and oh my gosh so cuuuuute because of course she only has itty bitty ones. I think these are a definite win!!