Finn is our first Cardigan Welsh Welsh Corgi and I have to tell you, I’m in love with him and the breed!

His short little legs always make me smile and his big personality and hardy body fit right in with the Newfies.

He’s a big dog in a small body and that’s one thing that drew me to him!

Over the past 1 1/2 years that we’ve had Finn I’ve gotten SO many questions about his breed, where we got him from, and if I know of any Cardi breeders.

First, let me say that I am in no way an expert on this Corgi breed but I’ve been studying and learning as much as I can since the day we brought Finn home.

If you’re looking to learn more about the Cardi, check out The Cardigan Welsh Corgi Club of America and The American Kennel Club. 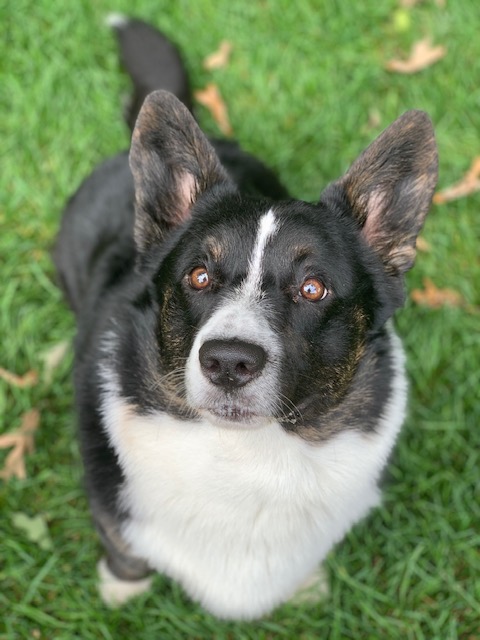 One of the most common questions I get asked is if Finn is a Corgi or Border Collie mix and I can assure you that he is not.

I do think his coloring and tail confuses a lot of people so let’s cover that first.

A Pembroke Welsh Cori is what I believe most people are familiar with and even though the Cardi Corgi is getting more popular, the Pembroke is still more common.

Queen Elizabeth II is known for having the Pembroke Welsh Corgi.

The Pembroke and the Cardigan are both herding breeds and do look similar with their short legs and long body but they are 2 totally different breeds.

The Cardigan is actually the older of the two breeds!

“Their ancestors were brought to Wales by the Celtic tribes of central Europe,” according to one breeder.

They descended from the German Teckel lineage and arrived in Wales in roughly 1200 BC. 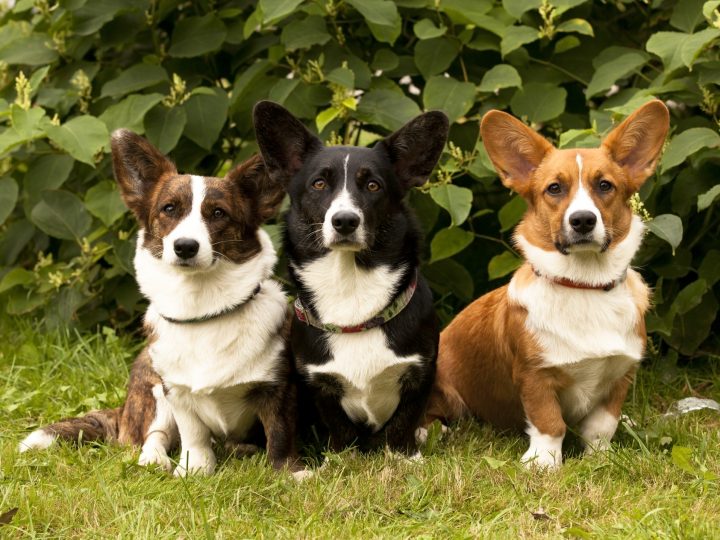 “Pembrokes arrived in Wales with the Vikings and are descended from the Nordic Spitz breeds.”

The Pembrokes can be traced back to 1000 AD.

As far as appearance goes, the Cardigan Welsh Corgis are larger and have more bone.

Cardigans have larger and more rounded ears than the Pembrokes.

The acceptable coat colors are more varied in the Cardigan too.

They come in brindle, black and white with brindle or tan points, red and sable with white markings, and blue merle.

The only coat colors for the Pembrokes are red, sable, and tricolor with white markings. 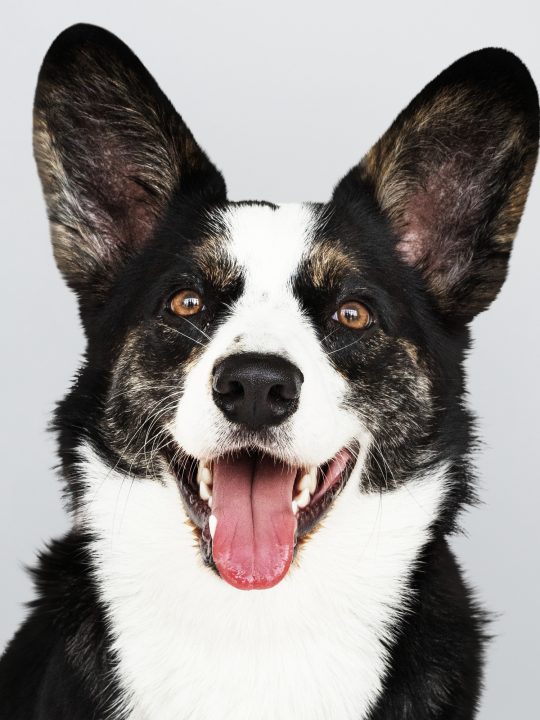 As far as personality goes, Cardigans are a bit more laid back than Pembrokes.

The saying is that a Pembroke is always ready for a party and a Cardigan is more of a go with the flow type of dog.

Cardis can play ball all day or hang out on the couch and nap.

What About That Corgi Tail?

Cardigans almost always have a full fluffy tail and most (but not all) Pembrokes have their tail docked or they are born without a tail.

The AKC breed standard says that a Pembroke must have a docked tail or it can have a tail up to two inches in length.

A Cardigan’s tail is set fairly low on the body line and should reach well below hock.

It’s carried low when standing or moving slowly, streaming out parallel to the ground when at a dead run, lifted when excited.

I was actually surprised how much Finn sheds!

Cardigans have a double coat similar to the Newfies and they blow that coat twice a year but they shed all year long. 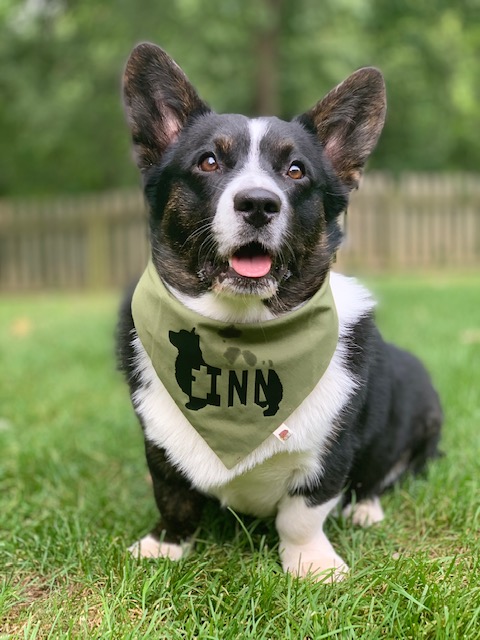 I use pretty much the same grooming tools that I use on the Newfies on Finn.

Obviously, they shed less than a Newfie due to their small size, but they still shed a decent amount.

In my experience, yes corgis are easy to train.

Finn is pretty smart and picks up things quickly but he also does what he wants, when he wants.

Cardis are eager to train and get excited often.

Finn is also a big barker and he barks to get your attention, loudly and in your ear. 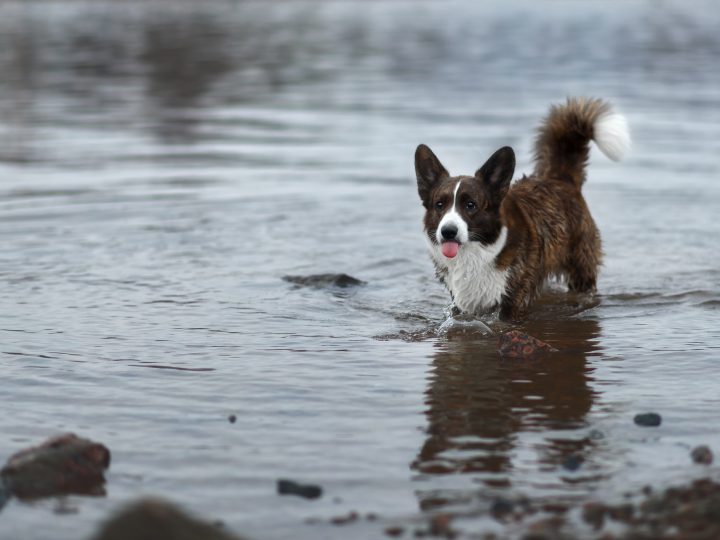 They require moderate exercise such as walking, chasing a ball and playing with their dog friends.

Finn is not a cuddly Corgi but he likes to be close by.

He does sleep in bed with us and he likes to be touching some part of my body through the night.

I like when I wake up to his sweet face on my pillow.

I’m obsessed with all the varieties of colors that a Cardi can have!

Finn is a black Corgi with brindle points and his brother Archie is a brindle. 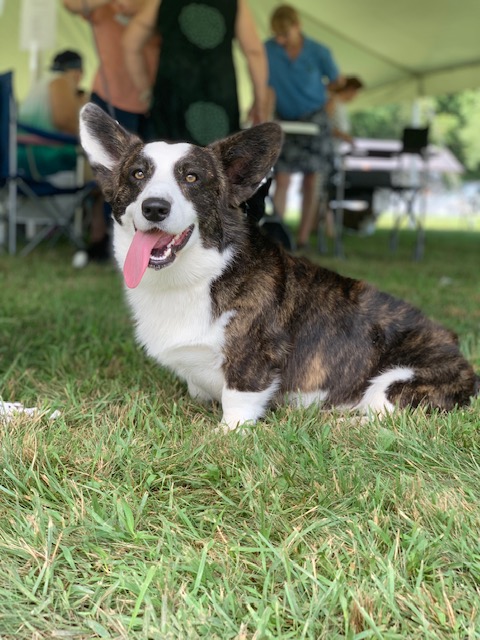 So a lot of people told me that I would never be able to teach Finn to catch but I did in less than a month and now he’s a rockstar at catching!

Not only can Finn catch treats but he can also catch balls and any of his toys! 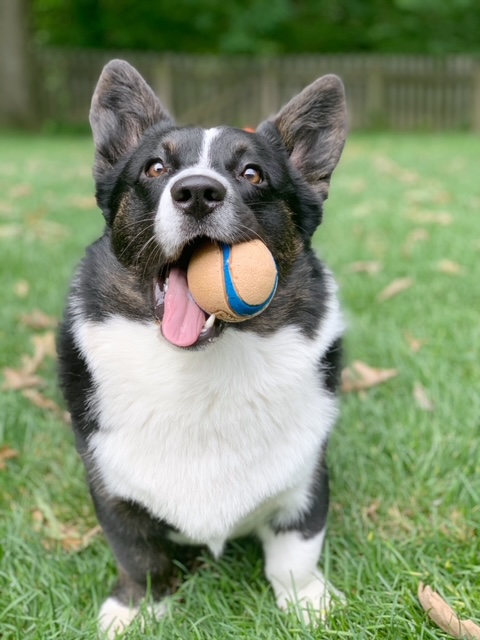 What Are Cardis Known For?

Cardigan Welsh Corgis are a herding breed and are known for herding livestock.

They typically work behind the herd to move the livestock from the rear.

Finn doesn’t have sheep or goats to herd at our house but he does herd the Newfies!

How Much Does a Cardigan Welsh Corgi Cost?

And I’m sure the same goes with the Cardigans as it does with the Newfies, you shouldn’t pay more for colors.

If you’re interested in acquiring a Cardi,  The Cardigan Welsh Corgi Club of America is a great place to start.

You can also attend a dog show in your area throughout the year!

I had the pleasure of going to the regional Cardi show a few weeks ago here in Ohio and it was so much fun!

Lifespan Of a Cardigan

The average lifespan of a Cardi is about 12-15 years.

Cardigan Welsh Corgis are a relatively healthy breed but common health are hip dysplasia, progressive retinal atrophy (PRA), a disease that causes blindness and for which there is a genetic test and degenerative myelopathy (DM). 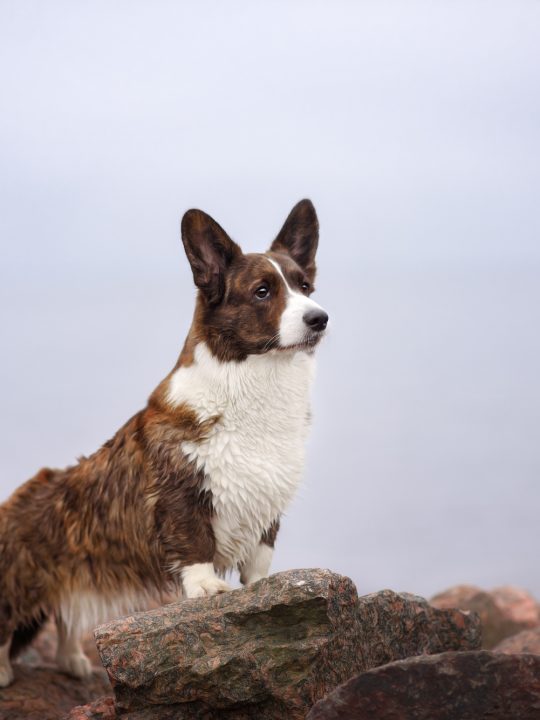 What About Those Ears?

You can not miss a Cardigans ears since they are so prominent but they’re supposed to be that way!

Cardis have very good hearing, in fact, they used to use their excellent hearing to hear the approaching kick from a cow;  and then they would roll out the way with the use of their long bodies and short legs.

I hope this answers some of your questions about Finn!

I think the Cardigan is a great breed and Finn definitely goes well with the Newfies!

Don’t forget to check out The Cardigan Welsh Corgi Club of America and there’s also a great FB group where I’ve learned a lot about this happy and loyal breed!

p.s. I don’t know enough people in the Cardi world currently to recommend any reputable breeders. Finn’s breeder is a close friend that shows Cardis and does not have any future breeding plans at the moment. 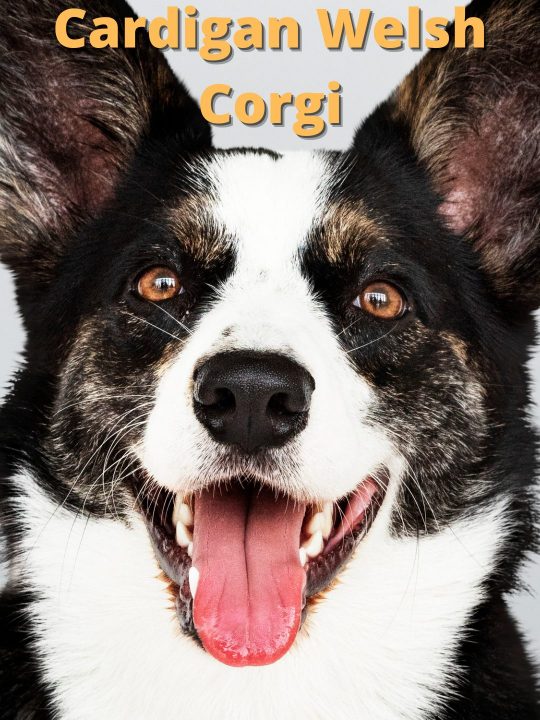 So very true - a big dog in a little body. I owned a Cardigan corgi some years ago and I love their personalities. Not a cuddly dog but very much a family dog who loves to be near you and will protect his/her family. My girl Tess was a feisty little girl who lived to be 16 - I still miss her. Would have another Cardi in a heartbeat. Enjoy your boy - he looks gorgeous.