We’re about to be invaded by bugs.

According to Cicada Mania, the 17-year cicadas are expected to invade parts of Ohio, Western Virginia, Virginia, New York and Pennsylvania by the billions next month. (this was in 2016)

Some areas will see more than others.

While some people are excited about the invasion, I can assure you that I am not one of those people.

I’m not a fan of crunchy bugs falling out of trees on my head or covering the ground on which I walk.

The last time they invaded was 17 years ago and I barely remember it, probably because I hid under my bed for 2 months.

These bugs have been underground since 1999 waiting to emerge. 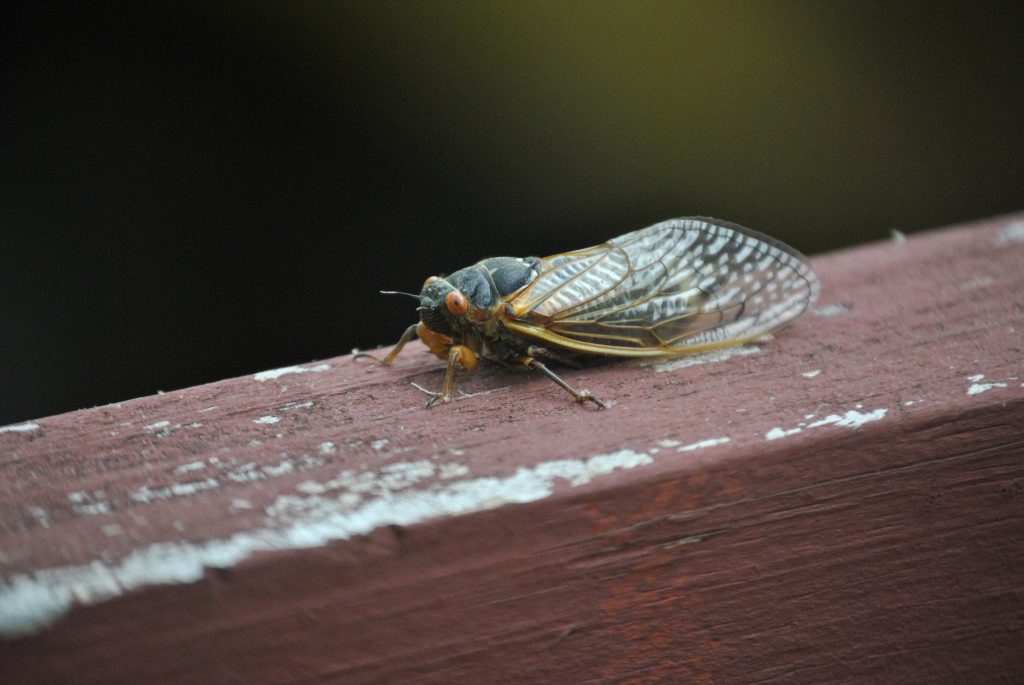 If you’re not familiar with cicadas here’s the scoop:

There are 2 types of cicadas:

Cicadas are true bugs that are in the same class as stink bugs.

Annual cicadas are green and black and emerge from the ground in the summer. 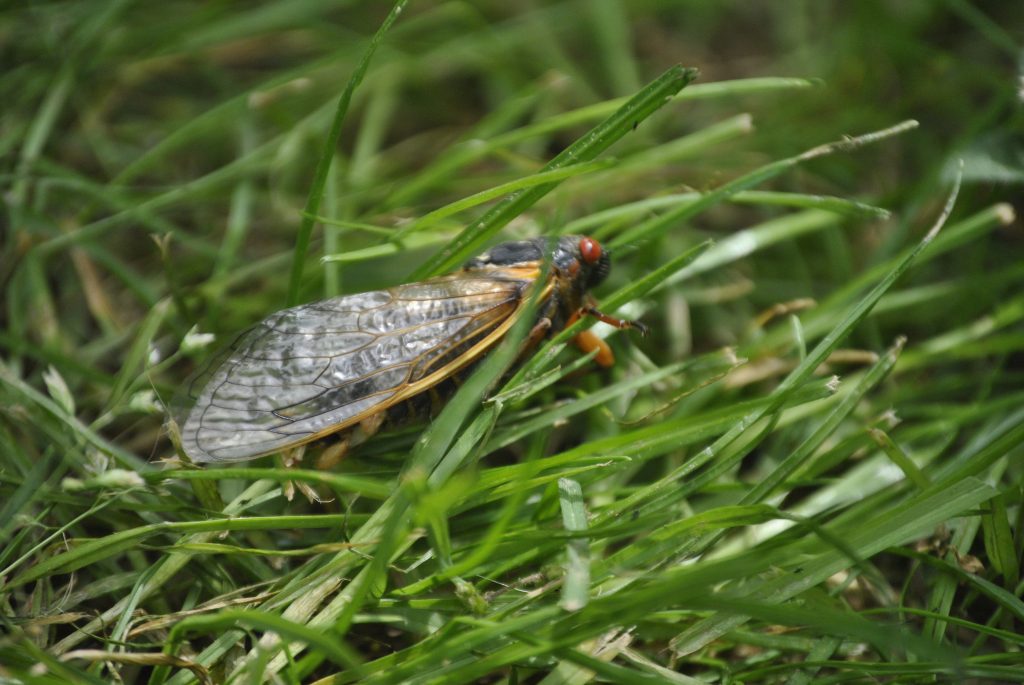 Periodical cicadas are black with red eyes and orange veins in the wings.

They emerge every 17 years in May when the ground reaches 64 degrees Fahrenheit.

They are louder than annual cicadas and will hang around for about 3-5 weeks after they emerge.

Here’s the deal with the Periodical cicadas:

They do not bite, sting or carry disease.

They will be in Northeast Ohio during May and June THIS year. (2016)

They do not harm mature trees but can harm young trees.

They are only found in North America and are considered to be one of the world’s coolest natural phenomenons.

It is not recommended to kill or poison the cicadas because there will be too many and chemicals can easily be spread to other wildlife causing more harm than good.

The nutrients that will return to the soil from decaying exoskeletons bring great benefits to plant life. 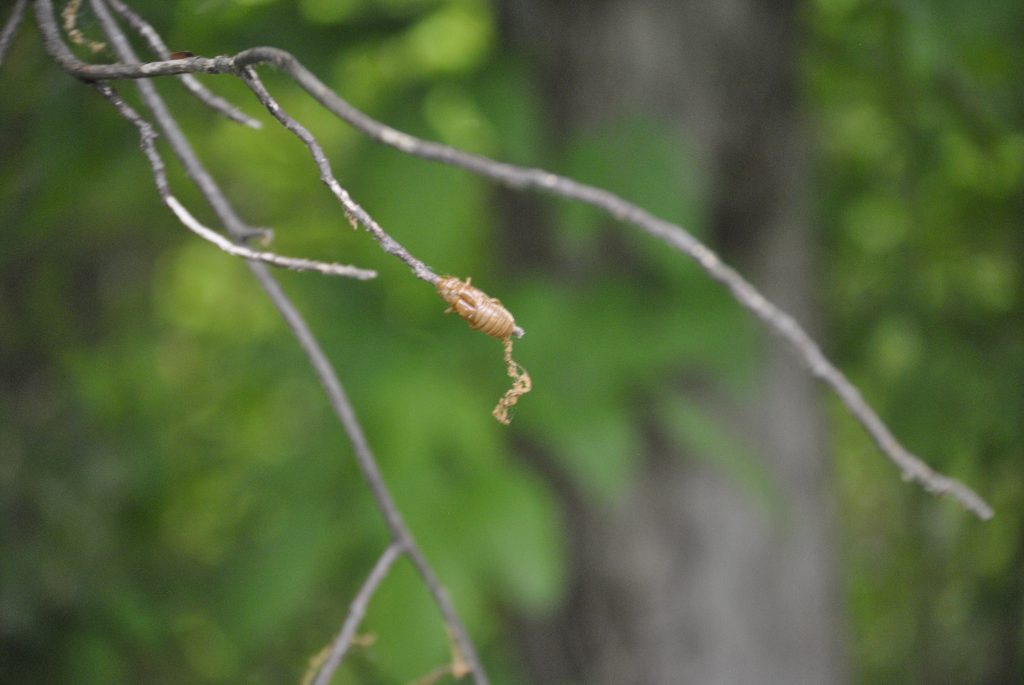 The loud buzzing sound that they make is the males calling to the females because they are ready to mate.

Cicadas pee. They pee plant juice. If you walk under a tree where cicadas have are hanging out, you may get peed on. Plant juice pee.

But the biggest question I have is “Are cicadas toxic to dogs?”

Luckily, according to the Pet Poison Hotline, cicadas are NOT toxic to dogs.

However, just like with anything, if LARGE amounts are consumed, mild gastrointestinal upset can occur due to the exoskeleton being hard to digest.

Other sites caution that cicadas may cause a choking hazard for some animals due to their hard shell and skeleton and there’s a small chance your pet could be allergic.

While rare,  in large quantities they may also cause an obstruction.

One concern that may come about if you have an invasion of cicadas is the sound.

Some senior dogs or dogs that are sensitive to certain sounds might a little freaked out with the constant and loud sounds that are produced by periodical cicadas.

To me, it sounded like a muffled siren sound and the sounds increases as the day goes on and it stops at nightfall.

Vomiting, lethargy, constipation, and loss of appetite may be signs that a dog has eaten too many.

I can just imagine that if my backyard is covered in these, Leroy is going to get curious and I’m concerned that once he crunches he won’t be able to stop.

Since he already has issues with his GI, I’ll be doing my best to limit his intake or pray that he takes up no interest at all. 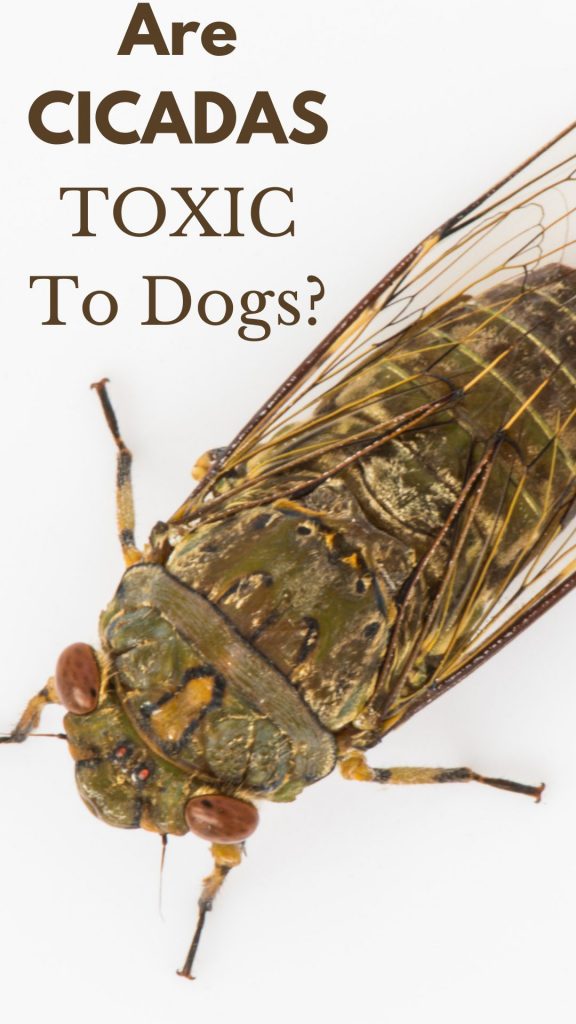 Our vet tried to assure me that a Newfie would have to consume a very large quantity of cicadas to get sick.

That’s when I reminded him that Leroy once ate 63 rocks. He advised me to consider relocating for the next few months.

p.s. If you live in Ohio and want to report a periodical cicada sighting, the Cleveland Metroparks has set up a form for you to do that.

2019 Cicadas: Periodical cicada Brood VIII (Eight) will emerge in 2019 in western Pennsylvania, eastern Ohio, and the tip of the northern panhandle of West Virginia.

The last time this brood emerged was in 2002.

My newfy Jack wouldn't go near the cicadas after he picked one up and it started to buzz in his mouth. The look of shock and terror he gave me! Ever since then I have to coax him outside in the summer. His eyes seem to say, "Rescue me mom! There are buzzy bugs out there! "

I'd rather have plant pee on me than dog pee. I mean, how much can a little bug pee?

If you want, you can come stay with me until they are gone.

Had that experience already a few years ago. I know the Boys chased them, but I didn't think they tried to eat any. Many people are annoyed with the sound, it never really bothered me. I think you're supposed to put something in your trees to protect the leaves though... #justsaying

That's cool in theory, but I can't imagine living with those!

It is! It's very cool in theory when it's happening in another state ;)

At least they should be good protein. lol Not a fan of bug invasions myself.

Haha! That's my biggest concern because Leroy is suppose to be on a low protein diet! Gah!