Canine Bone Cancer: The Big Story on Osteosarcoma in dogs: Developed by Orvis.

Osteosarcoma is an aggressive cancerous tumor that develops in the bone cells of a dog and rapidly spreads throughout the body resulting in death.

There is currently no cure for this type of bone cancer.

Most common breeds affected by osteosarcoma 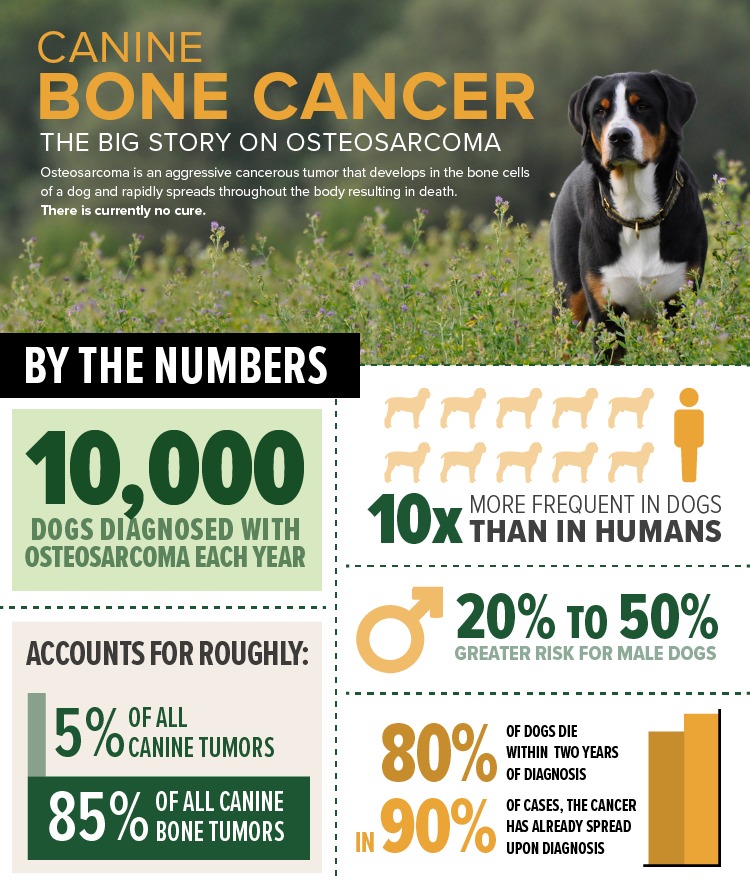 Osteosarcoma By The Numbers:

Osteosarcoma is linked to rapid growth and it is more common in large and giant breed dogs.

To counteract this trend, large and giant breed puppy food has reduced levels of available energy, designed to slow the time needed for large breed puppies to reach their maximum size. 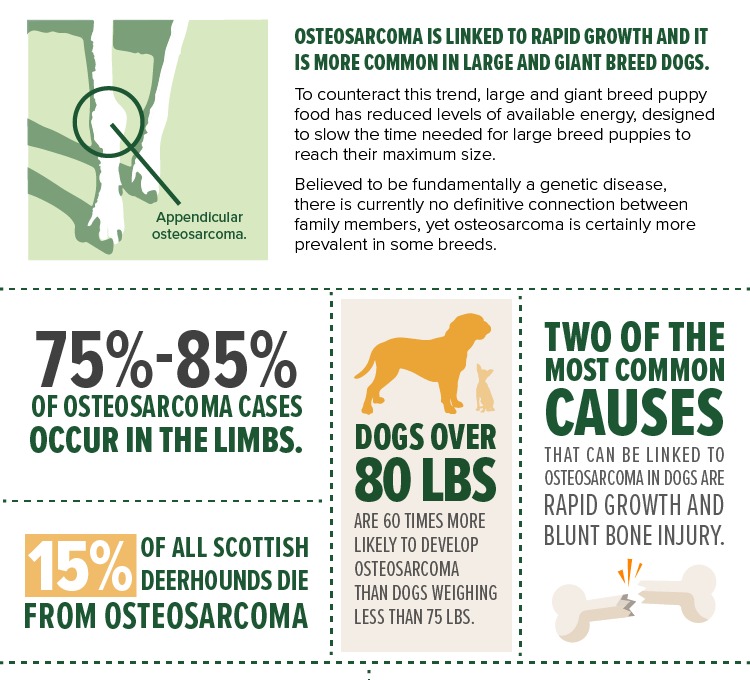 Believed to be fundamentally a genetic disease, there is currently no definitive connection between family members, yet osteosarcoma is certainly more prevalent in some breeds.

Diagnosis of Bone Cancer in Dogs

The most common symptoms of osteosarcoma in dogs include swelling, visible lameness, joint and bone pain, and even bone fractures caused by the weakening of bones due to the osteosarcoma growth. If you notice your dog limping or in pain, you should immediately contact your vet.

Using an X-Ray, MRI, or CT scan to identify the location of a tumor, a surgeon will then perform a biopsy on the tumor to collect cells to determine if it is indeed osteosarcoma.

Treatment and Prognosis of Osteosarcoma in Dogs

Currently, the most effective standard of care, if the tumor occurs in a limb, is to amputate to prevent the spread of the cancerous cells. When combined with adjuvant chemotherapy survival rates can be improved. 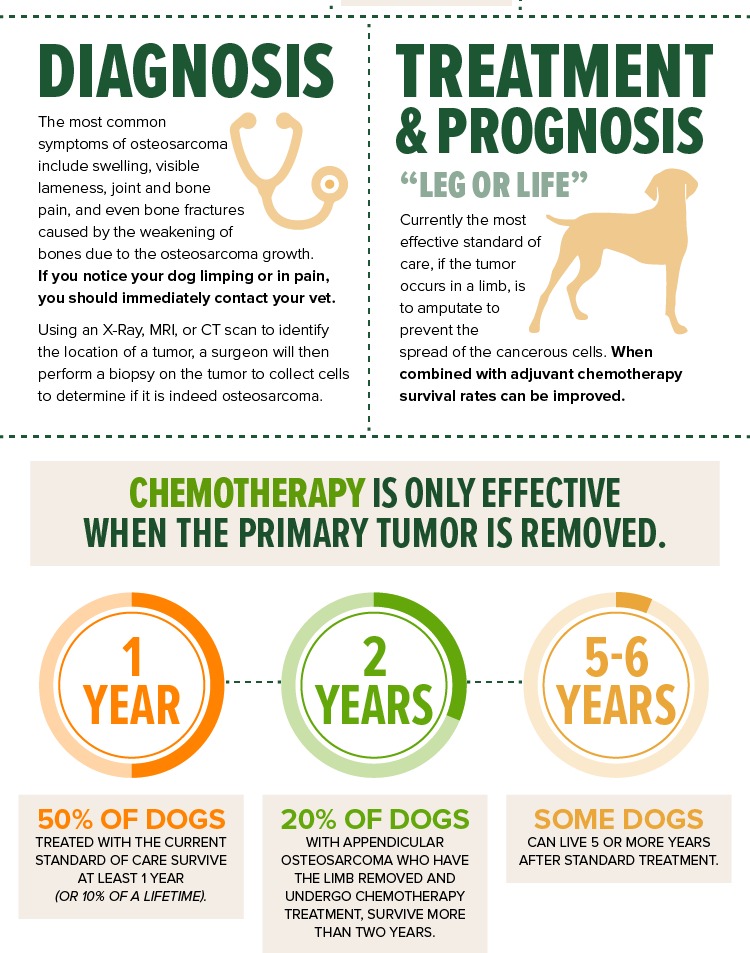 CHEMOTHERAPY IS ONLY EFFECTIVE WHEN THE PRIMARY TUMOR IS REMOVED.

The Future Of Treatment of Osteosarcoma in dogs

HOW YOU CAN HELP

With the continued support of Morris Animal Foundation by Orvis and people like you, answers to treatment and survival of osteosarcoma in dogs are within reach.

Visit morrisanimalfoundation.org for more information about the fight against osteosarcoma and Morris Foundation’s many other projects.

You can help in the fight against canine cancer through the Orvis Cover Dog Contest. Visit orvis.com/coverdog to get started.

All information sourced from the Morris Animal Foundation.

Good information. I lost my first Chesapeake to Osteosarcoma. It was devastating. Amputation was not an option since she was 11 and I would not put her through that. I had about 14 weeks with her from the day of diagnosis.

Oh Jen, when I first saw the email, my heart sunk. I thought "Oh No! Not Sherman or Leroy, please God!" You can imagine the relief when I opened it and saw the infographic. Anyway, once I got through the sobering facts, I appreciated your sharing it all. Canine osteosarcoma - or any canine cancer for that matter - is every dog owner's nightmare as Mary Hone said.

I pray that we never have to deal with cancer in any form. It is so scary.

The thought of my dog getting any kind of cancer is pretty scary. I know a number of greyhound owners who have had osteo touch their lives, and I wouldn't wish it on my worst enemy. A cure for cancer of all kinds is desperately needed.