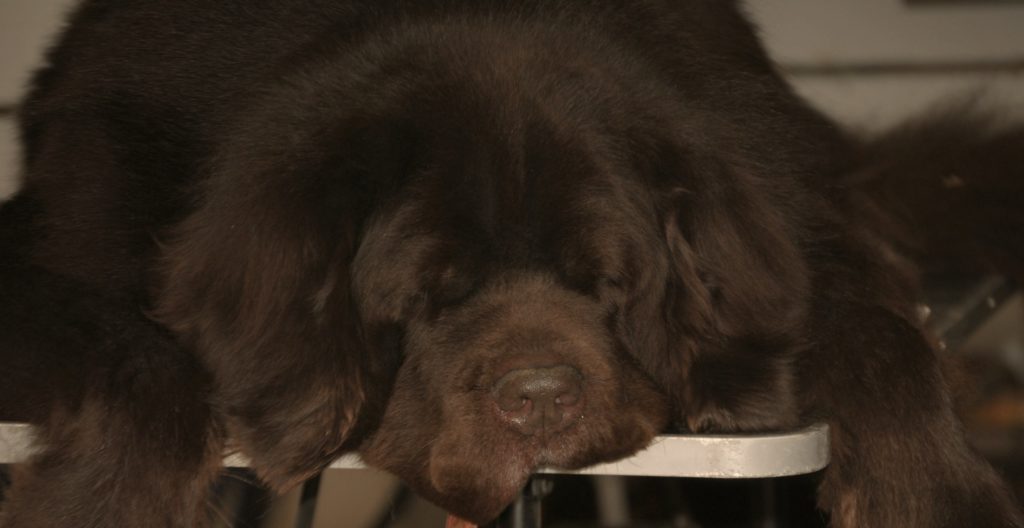 “The Newfie, dubbed the gentle giant, requires encouragement to exercise. Actually, encouragement is probably an understatement. These dogs are so lazy that they may simply refuse to move, which is a problem when you’re talking about a 100-pound dog.”

I personally like most “list” posts, except for ones that offer misinformation about dog breeds. It hurts the breed and it’s misleading.

Someone out there is going to read that post and think, “Awesome. I don’t have to do anything with this dog! Let’s get one!” 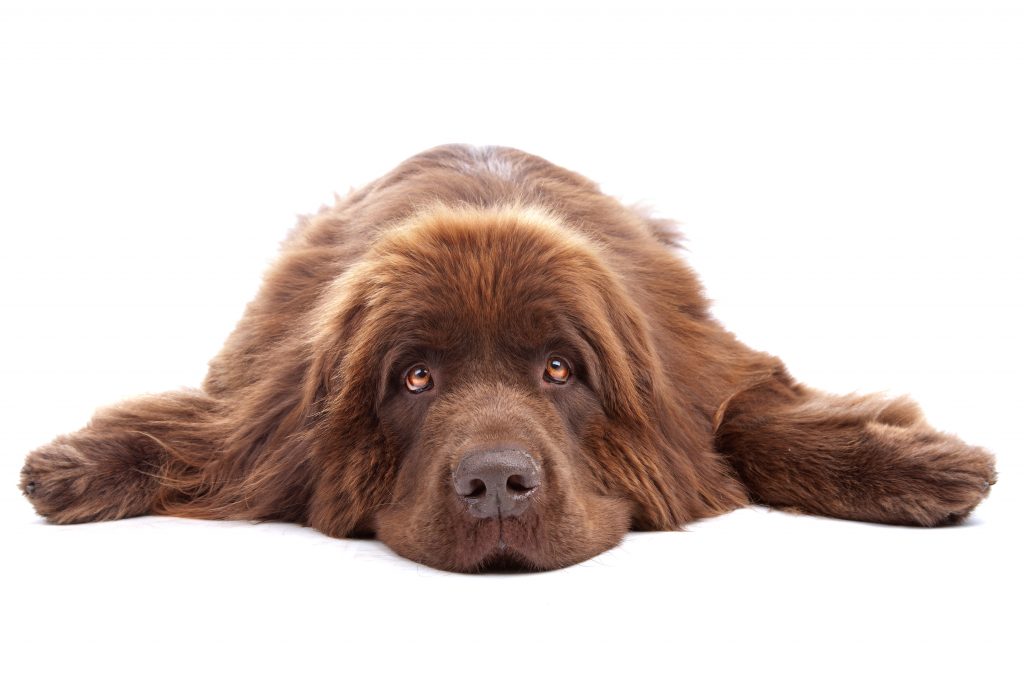 In reality, anyone who has owned, or knows anything about Newfies, knows that they are anything but lazy.

Sure, many of the pictures that you see on the internet show a Newfie flat as a pancake sprawled out on the floor catching a snooze.

But Newfoundlands are a powerful working breed.

A Newfie that refuses to move isn’t lazy, he’s smart.

Every Newfoundland knows the word “move” but they also know that you’re only going to ask them once to move and if they don’t, you won’t say it again.

That’s a win for them.

Sure, if they’re not in the water swimming, on land pulling a cart, doing therapy work or learning obedience, they are right by our side on a walk, helping with yard work or making sure we stay out of trouble, then they might be taking a nap.

Does that sound lazy? 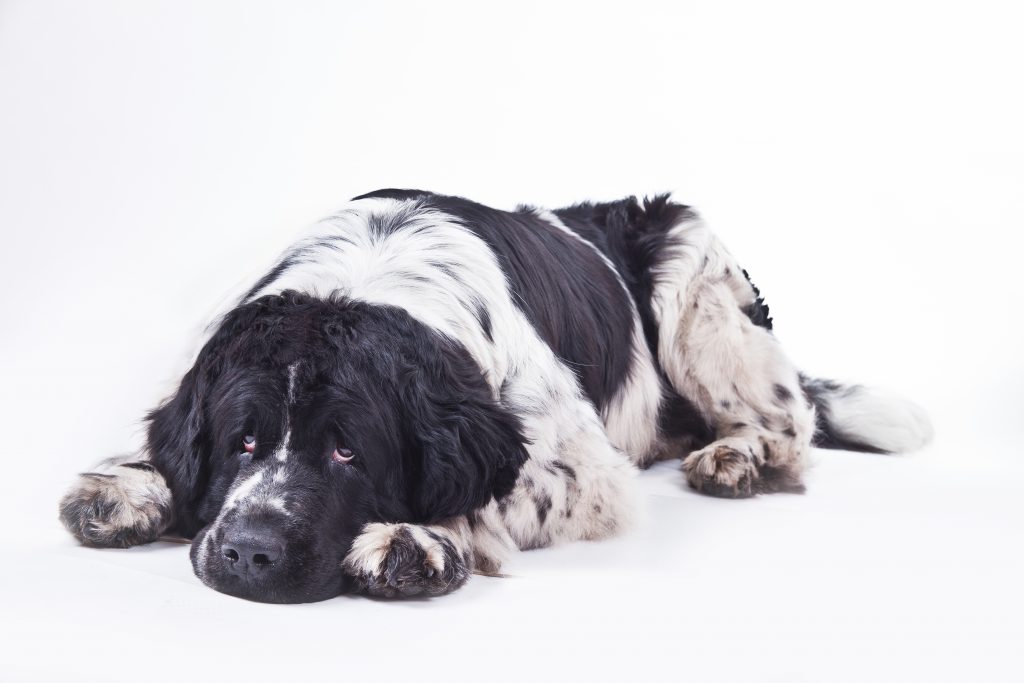 An overweight Newfoundland equals a dog with orthopedic problems.

If you allow your Newfoundland to be lazy, they are going to be lazy.

The average dog sleeps about 12-14 hours a day with puppies and senior dogs averaging a bit more sleep per every 24 hours.

A healthy adult Newfie should not be sleeping 20 hours a day.

It’s your responsibility to get them up, moving, and exercising.

Take them for a walk.

Play with them in the yard.

My Newfie is a LOVE.... and she knows that she rules the roost.! She’s 10 years old and still going strong...but don’t try to make her do anything that she doesn’t want to do...egs....walks...she stops when she feels like it is time to stop and it is futile to try to get her to move on...ever try to move a130# Newf? ...just turn around and she says, “Yea... I won”! But I wouldn’t trade her for the world...she is so caring for little animals and they all look to her for protection. Yep...Newfies are the BEST!

I've read that article, and I told my father about it. He said that they are NOT lazy. I know they aren't because I had 3 Newfoundlands, and each one loved going on walks, and at night, just knowing the day after hrs gonna be a worker. But, he had to be put down due to cancer. I still love the breed no matter the bad news or false news.

In my opinion, I think photos on the internet may want to tell people that Newfoundland is warm, friendly and devoted. If they find more about the breed, they will know Newfie is Working dog, and see many photos a Newfie is happily pulling a sled with kids :) They are is a great dog breed.

Sadly there is no cure for stupid and more often than not, it's the dog that suffers from it. *Sigh*

Aw, I love Newfies - to look at, watch, and read about - especially your two boys. But I also know they are not the breed for me. I don't have the physical room. And I'm not strong enough any more to handle a 100-lb. dog. Ducky is a handful at 25 pounds. As for lists? I'm with you 100 percent!