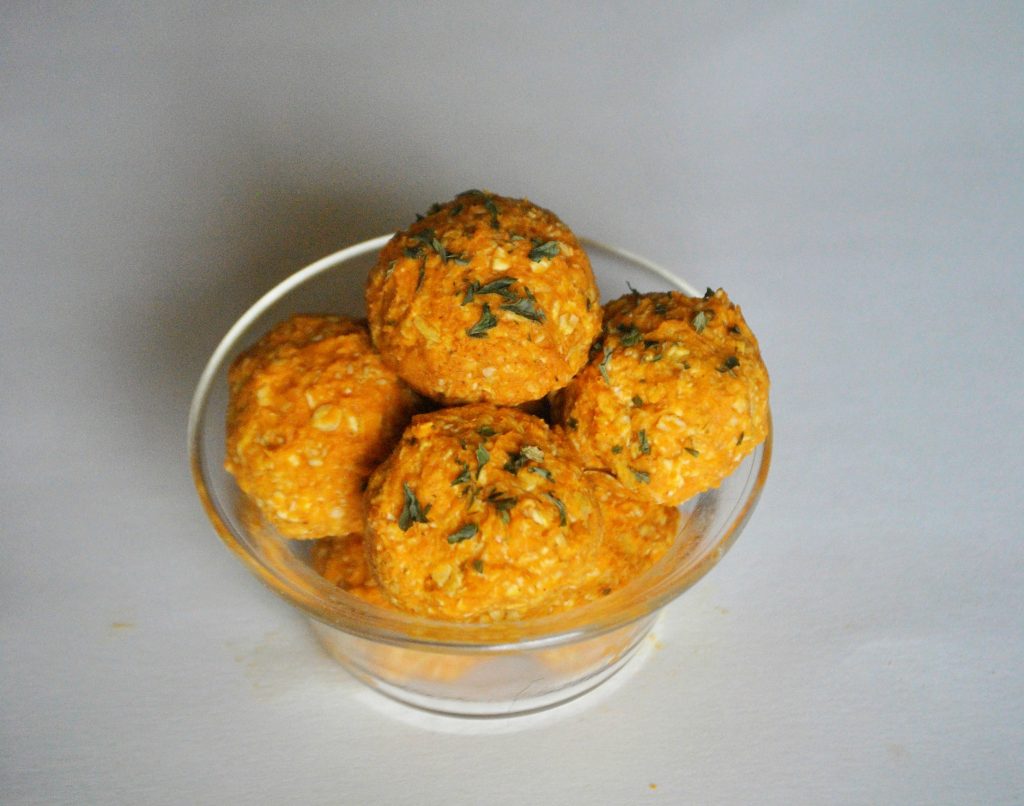 I mentioned a few weeks ago that I was having some trouble giving Leroy his medication for his IBD because it kept falling out of everything that I tried to put it in. My options are limited when it comes to using food to hide his pills in because I can’t add too much extra fat to his diet.

I can’t put his medication in his food because he just eats around it.

I thought it was a great success with fat-free whipped cream but after finding a few pills scattered throughout the house, I determined that was a big fat lie.

It doesn’t seem like it was Leroy trying to be sneaky, just that the pills were residing in his big, droopy jowls and not making their way down his throat.

Pill pockets from the store are great but they’re added fat.

Cream cheese, perfect for hiding pills but again, added fat and new food that might not agree with his IBD.

At this point in time pumpkin seems to be our best option.

Pumpkin is a good thing for Leroy because it’s low-fat, high in fiber and easy for him to digest but not all dogs with IBD do well with pumpkin so it’s best to try it in moderation.

I originally found this recipe over at Two Little Cavaliers and modified it a bit to fit Leroy’s needs.

The nice thing about this is it’s a great low-fat treat to give Leroy, it doubles as a pill pocket and it’s no-bake!

I adjusted the recipe by using fewer oats to cut down on fat and I added a sprinkle of ginger to the pumpkin mixture.

In moderation, ginger can be great for gastrointestinal health, and the more good things we can get in that gut, the better.

I also sprinkled a little bit of dried parsley on the top because it looked pretty and parsley is good too. 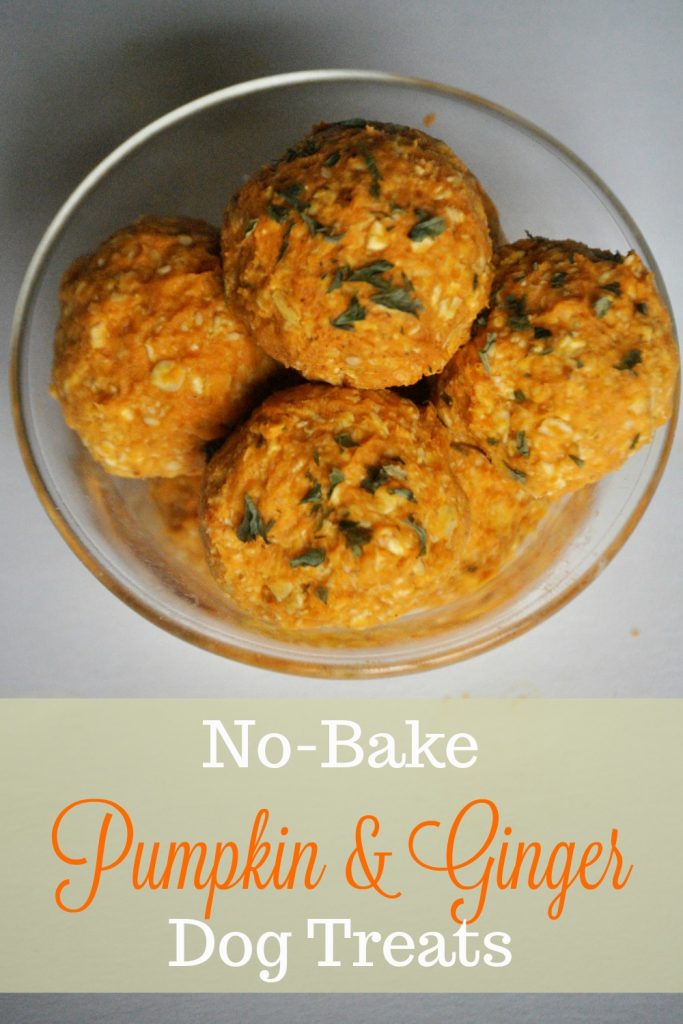 3/4 can of canned pumpkin. Just plain pumpkin NOT the pumpkin pie mix.

Roll into small balls. I rolled mine into about 1 1/2 inch balls but size will be based on the size of your dog. Next time I will probably make them a little smaller because Leroy swallowed them whole.

Refrigerate overnight or for about 12 hours.

The original recipe calls for 2 1/2 cups of oats and for the no-bake treats to be rolled in oats but I only used 1 cup of oats to keep the fat down and sprinkled with parsley instead of rolling them in oats.

I thought it was going to be super sticky because I didn’t use as many oats as the original recipe but after it firmed up pretty good in the fridge.

As you can tell by the video, Leroy loved them even though I’m not sure if he really tasted them.

I got about 16 balls out this batch.

How many you get will be based on what size you decide to make.

***As always, it’s best to consult with your veterinarian before adding any new food to your dog’s diet, especially if they have a medical condition. While this recipe has just a small amount of ginger, ginger can thin the blood, so it’s best to avoid it if your dog will be undergoing surgery. It can also lower blood sugar and blood pressure, so make talk to your vet if your dog has diabetes or has any kind of heart condition. 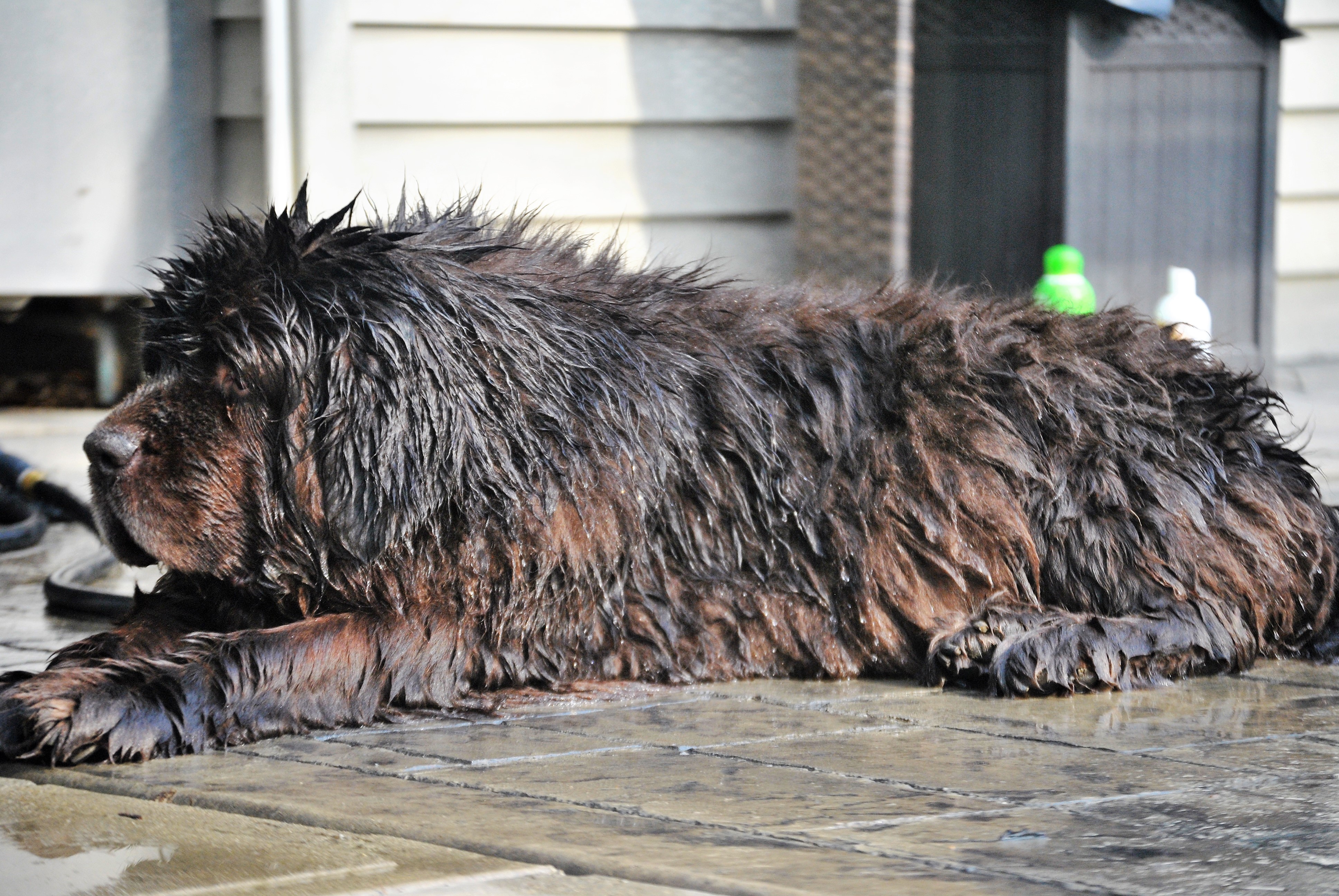 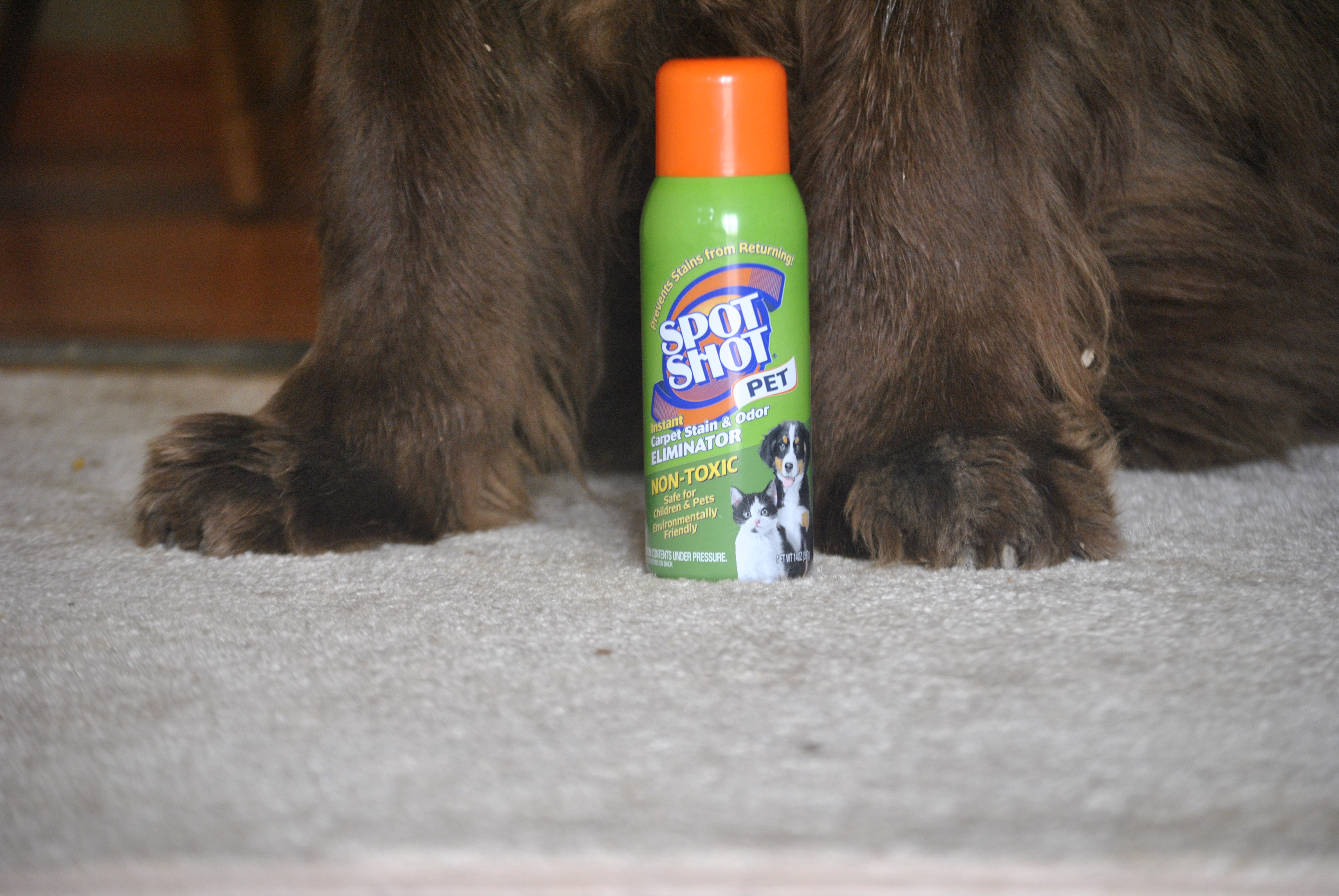 Next
The Easiest Way To Instantly Remove Muddy Paw Print Stains From Carpet This Spring.

I am making one for my dogs coming on birthday!Thank you

they look rather tasty girlfriend. Whenever I try to bake stuff for the Boys it always looks horrible, but they love it. They are good for my ego.

The problem I've found with pumpkin is that too much can give my girls either constipation or loose stools, and "too much" varies with my girls between 1/8 teaspoon and 1 tablespoon depending on who knows what. So I just gave up because I never could determine the right amount. I love Monika's idea for Elsa's pill pockets; but there again, the right amount of peanut butter is also elusive. Especially for Shadow.

Thanks, I have been looking for a no bake treat for my dog, she'll love these.

What a pawsome idea! I've pinned this to my Pinterest board for future reference. I am lucky Elsa can eat Peanut Butter which I mix with coconut flour for my pill pockets but realize you don't have that luxury. Thanks for sharing.