Is Cinnamon Safe For Dogs?

Last week I had someone comment on my Homemade Sweet Potato Dog Treat recipe saying that dogs couldn’t have cinnamon.

I’ve given my dogs cinnamon for years either in the form of homemade dog treats with cinnamon or mixed into their homemade pumpkin puree.

I also vaguely remember asking Leroy’s veterinarian about cinnamon when he was diagnosed with IBD, however, no matter how confident I am that cinnamon is safe to give dogs, I always need to double-check myself when someone says the opposite.

So I did some research and I even reached out to our vet to make sure.

Our veterinarian said absolutely yes, cinnamon is fine for healthy dogs in moderation. 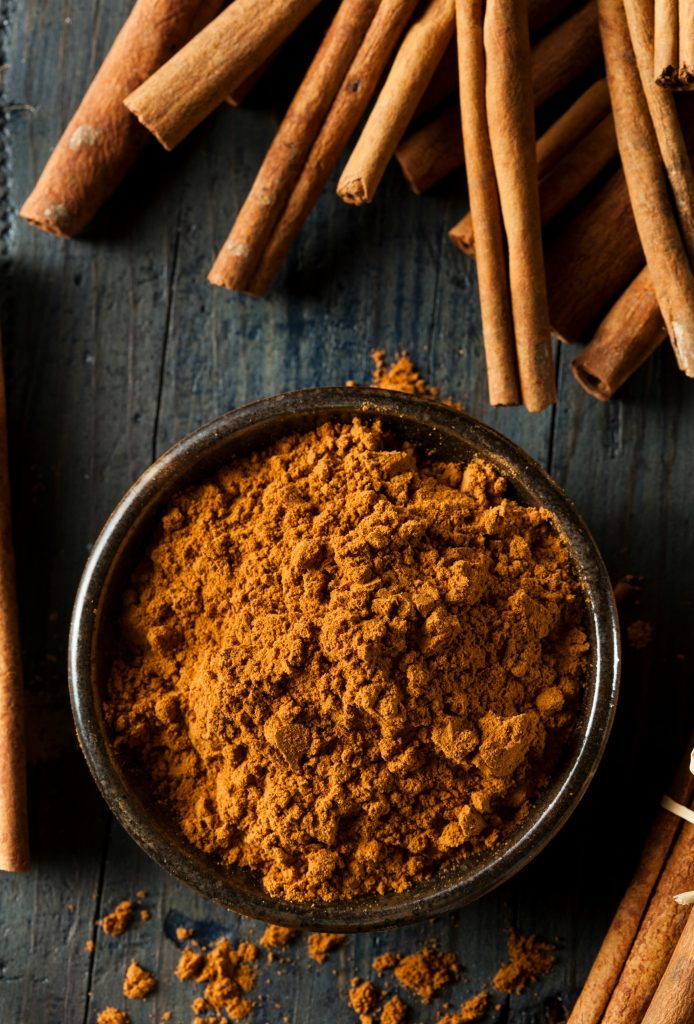 Is Cinnamon Good For Dogs?

Yes! Cinnamon is good for most dogs and it provides many health benefits when given in moderation.

This spice contains many anti-inflammatory properties which can be great for aging dogs and it may also help to reduce swelling and manage joint pain.

Cinnamon is also considered good for the brain and can help to defend some neurological conditions and improve memory function as well.

Diabetic and overweight dogs may benefit from the powers of cinnamon as well because it helps to regulate blood sugar by slowing down the absorption of sugar in the bloodstream after consuming a meal high in carbohydrates.

In a study published in the Journal of Animal and Veterinary Advances, researchers found that dogs who eat cinnamon also had improved heart health.

Dog owners should always consult with their veterinarian before any new additions are made to a dog’s diet especially if trying to help a condition such as diabetes.

Cinnamon is also often called for as an additional ingredient in Golden Paste for dogs. 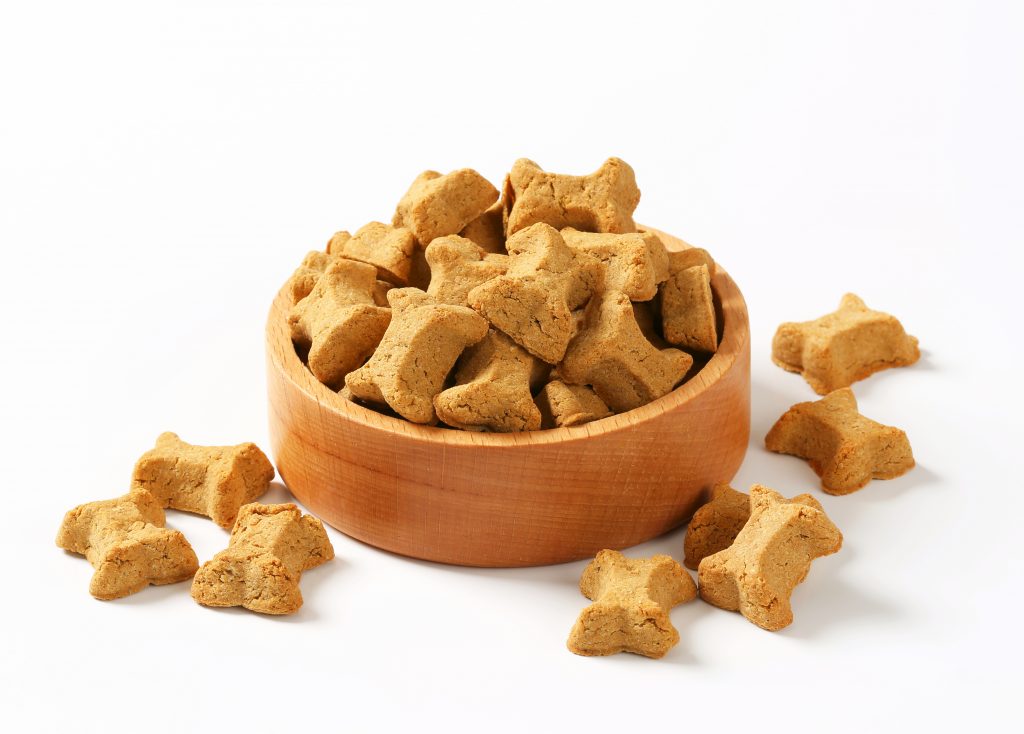 Is All Cinnamon Safe For Dogs?

Cinnamon can be found in many commercial and homemade dog treats but straight cinnamon powder can irritate a dog’s throat and lungs if inhaled so skip feeding it to them straight from the spoon and instead make sure that is mixed in well with other foods.

Cinnamon sticks should also be avoided because it can cause stomach and mouth irritation when chewed and swallowed.

Cinnamon has a mild anti-clotting effect on the blood so dogs with bleeding disorders should not consume too much.

Pregnant dogs should not have cinnamon because it can have a stimulating effect on the uterus.

Essential oils that contain cinnamon is not recommended for pets to ingest.

The Pet Poison Hotline states that “Exposure to the essential oil can lead to low blood sugar, liver disease, vomiting, diarrhea and changes in heart rate.” 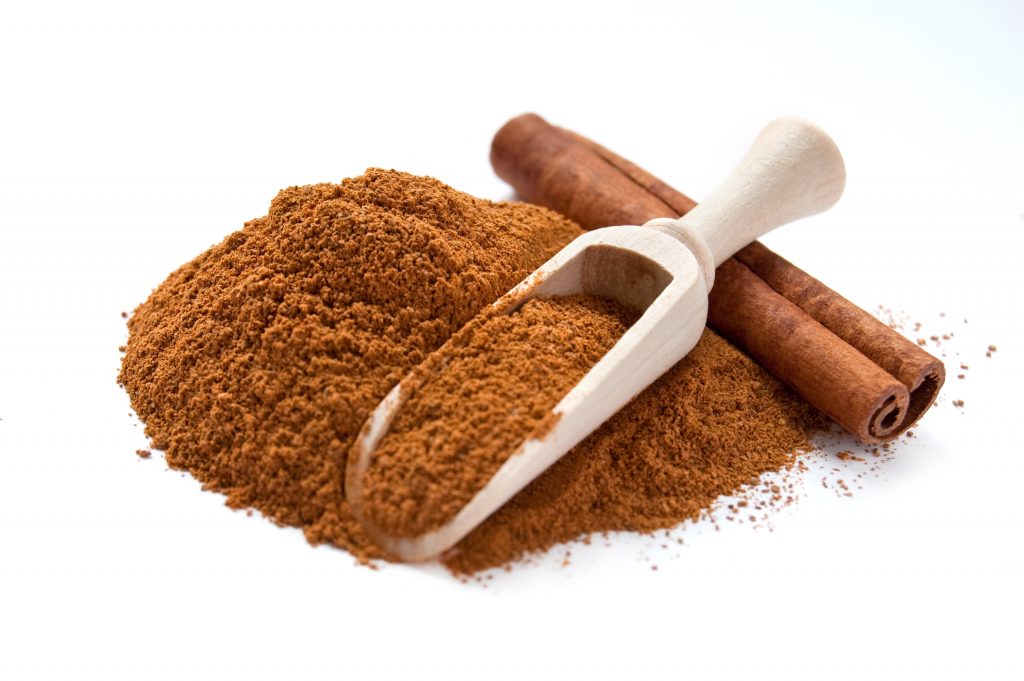 The two most common types of cinnamon are Ceylon Cinnamon and Cassia Cinnamon.

Ceylon Cinnamon is light in color and sweet in taste.

It’s more expensive and not as easy to find in the grocery store but it is best for dogs.

Cassia Cinnamon is darker in color and has a stronger taste.

It is cheaper and easier to find in grocery stores.

Coumarin can cause damage to the liver when given in large quantities.

It is safe for dogs in small amounts. 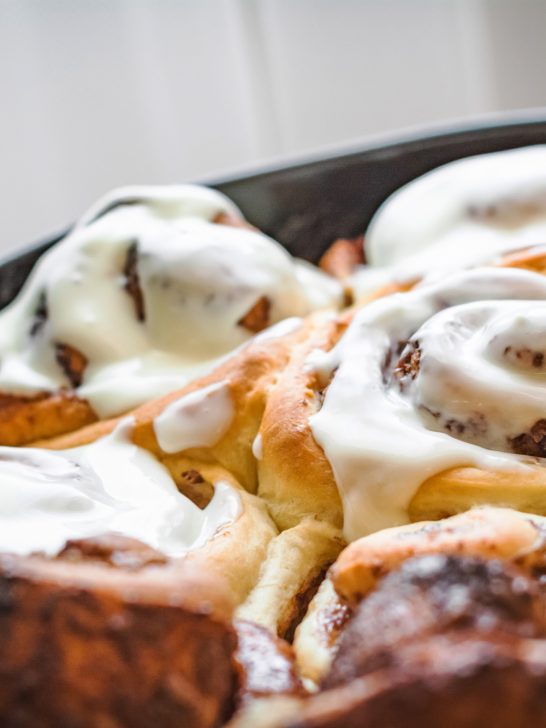 I love a nice warm cinnamon roll any day of the week but this is one of those foods that I won’t share with my dogs.

Cinnamon rolls contain a lot of sugar and are high in fat, so while one bite might not do much harm, a whole cinnamon roll might cause some GI upset in dogs.

Depending on the size of the dog, pancreatitis could also be a concern, especially if a small dog ate a BIG cinnamon roll.

Some homemade cinnamon buns might also have nutmeg as an ingredient which is not a safe food for dogs.

So while the actual cinnamon in cinnamon might not be dangerous to dogs, the other ingredient might.

If your dog accidentally ate a cinnamon roll, it’s best to reach out to your veterinarian for guidance. 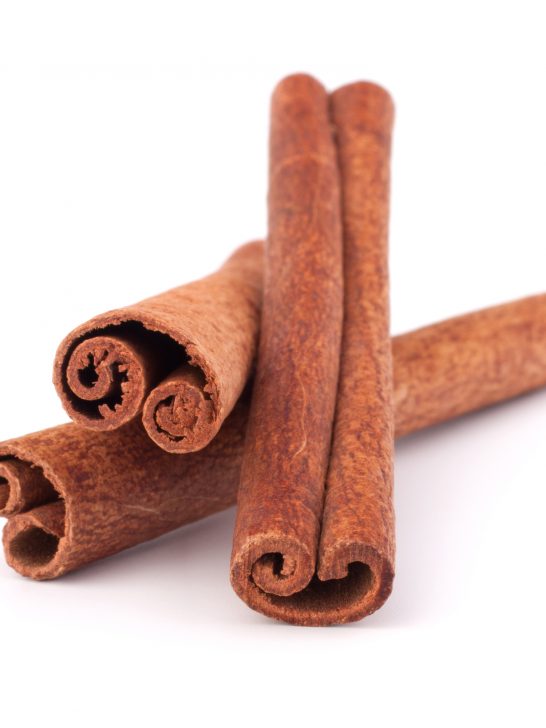 Are Cinnamon Sticks Safe For Dogs?

Cinnamon sticks are not good chew sticks for dogs.

These sticks are usually made from natural tree bark, usually from an evergreen tree.

Cinnamon sticks are hard and crunchy and have sharp edges when broke in half which can cut your dog’s mouth.

If a dog chews on the stick for a long time it can cause irritation.

While most dogs won’t get sick from eating a small piece of cinnamon stick, it’s best to avoid giving them. 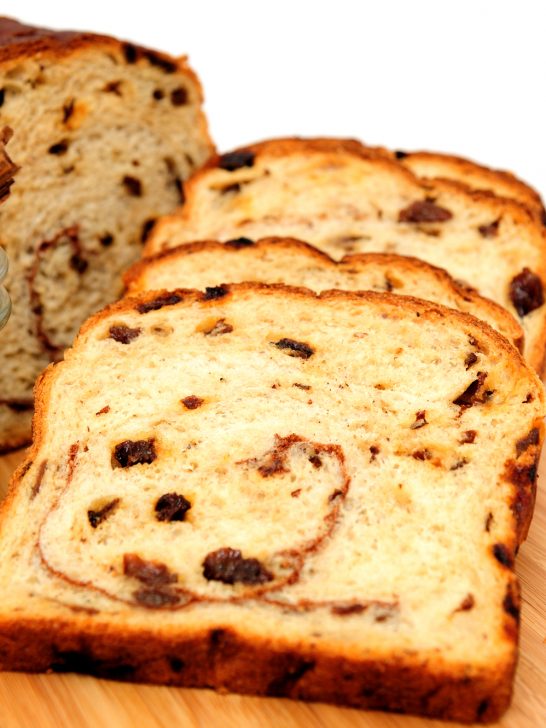 Raisins can cause kidney failure in dogs when eaten in small and large amounts so it’s best to avoid sharing your cinnamon bread with your dog.

If your dog does eat cinnamon bread with raisins, contact your veterinarian immediately. 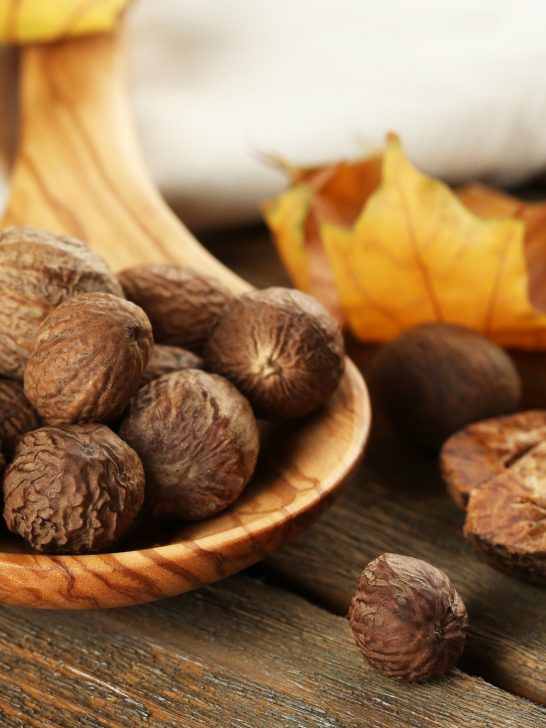 Is Nutmeg Safe For Dogs?

Nutmeg and cinnamon often go hand in hand with baking but it’s best to stay away from this spice with dogs.

According to the Pet Poison Hotline:

The small amount of nutmeg used in recipes is very unlikely to cause serious toxicity, though mild stomach upset could occur if a small amount is ingested.

Symptoms can last up to 48 hours.

A pet would need to ingest a very large amount of nutmeg, and this is very unlikely to occur if a dog or cat ingests food with nutmeg in it.

So Is Cinnamon Safe For Dogs?

I give my dogs small amounts of cinnamon, usually baked into their treats, and have never had any issues.

So for my dogs, cinnamon is safe for them but remember, it’s always best to check with your veterinarian. 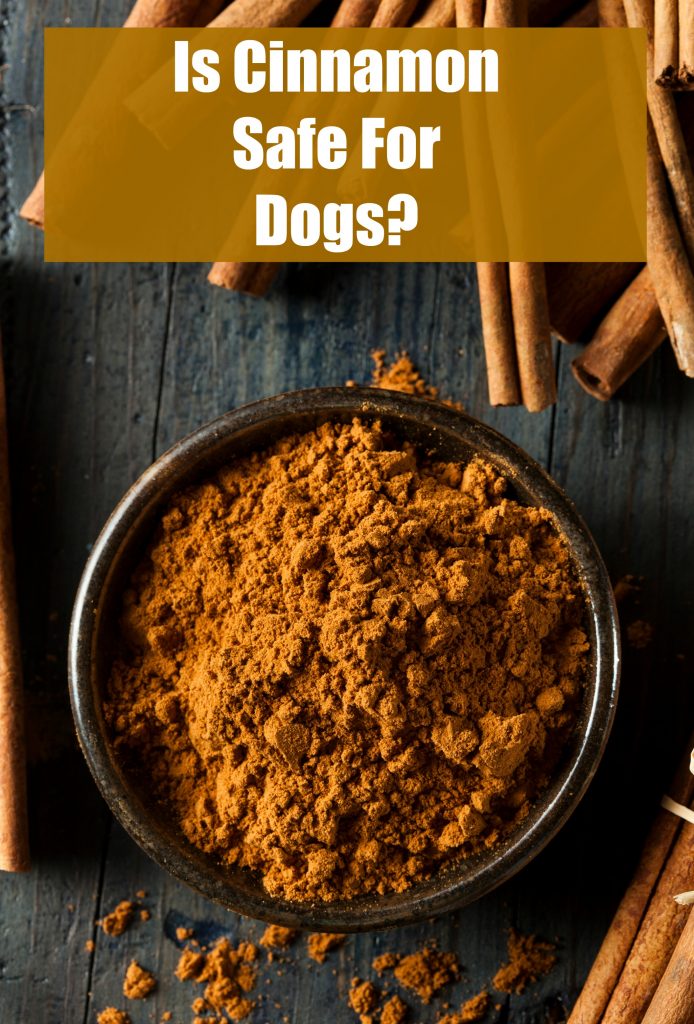 Great research dig into the safety elements and efficacy of cinnamon and nutmeg. When I started my K9 Kitchen business year ago, I experimented with cinnamon in various treats. While dogs generally can ingest small amounts, its strong taste was not the most favorite flavor of most of the dogs who did our taste testing.

Yeah, I'm usually pretty conservative when I use it but it does make the house smell good!

I use cinnamon in my organic dog treats for the health benefits and because it also works as a preservative. I was able to find the ceylon cinnamon and since I buy it in bulk the price difference doesn't seem too bad!

I found some in bulk this weekend too!

Thanks Jen, I've been making Oatie Treats for decades for both the newfs and the horses and of course this time of year I always do our Pumpkin or Apple version Oaties both have cinnamon ginger and cayenne just a bit of each so glad that your vet and research is the same as my research and vet recommendations.