Wondering why your Newfoundland won’t come inside when called during the chilly winter months?

Even when you plead with them in the most loving and caring voice and have the most delicious and tempting treat in your hand and are still met with a blank stare? 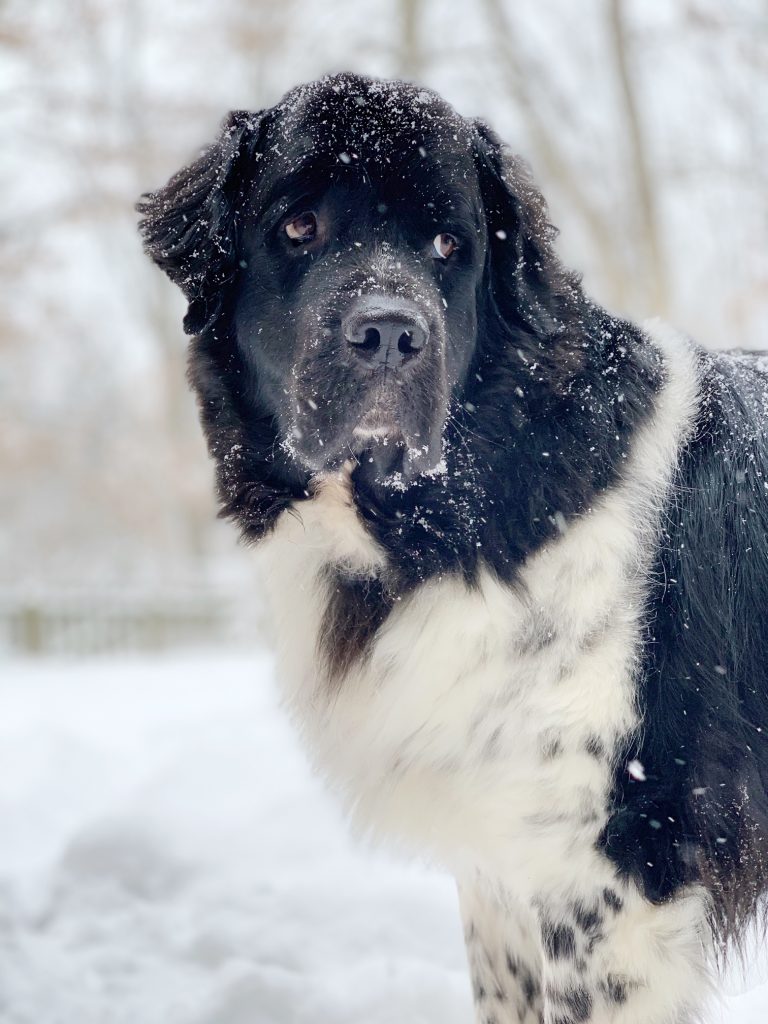 We must get them inside to the nice warm, dry house because that’s what people on social media tells us to do.

Let’s first figure out why your dog wants to stay outside so much and why he refuses to come inside when called.

IT’S BEEN HOT FOR 7 MONTHS AND THEY’VE BEEN HIDING IN THE HOUSE AND NOW THE FURNACE IS ON AND IT’S HOT IN THE HOUSE.

Reasons Why Your Newfoundland Loves The Winter So Much

Snow and cold is the only thing that they love more than you.

This first tip is obvious.

Bring the outside inside.

Designate a snow room for your Newf and grab a bucket and start loading the snow into the room.

You’ll need a good 4-6 inches to cover the floor so if you can round up some help from family and friends that would be great. 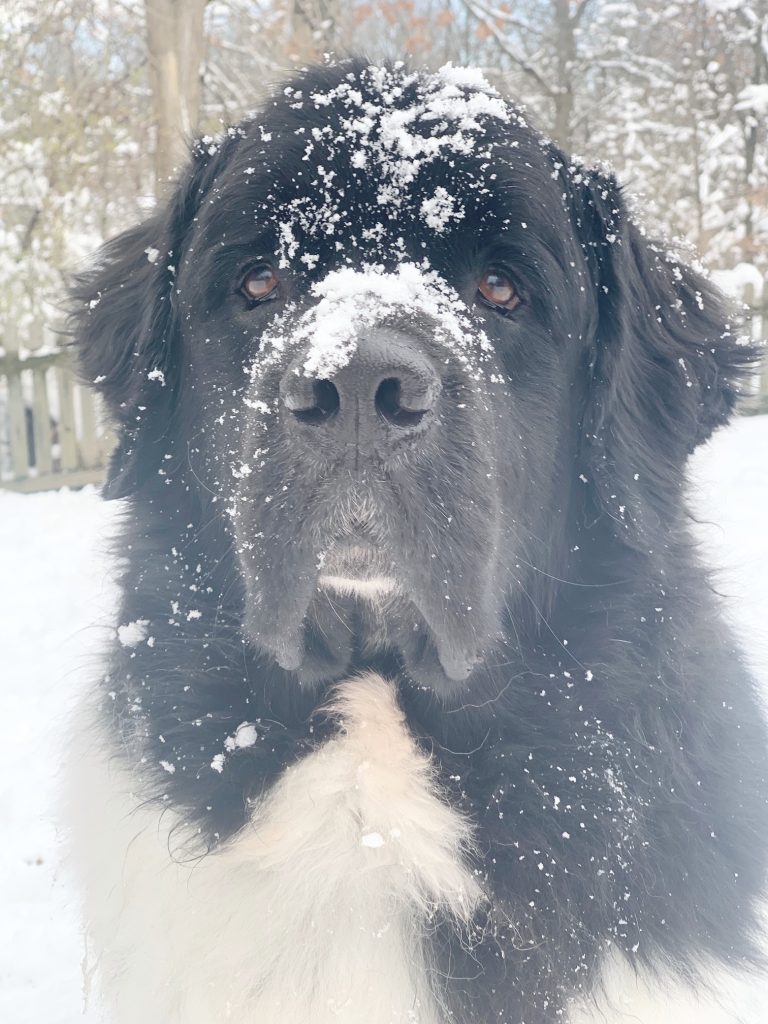 Make sure to tell them to bring their own bucket and shovel. (we don’t want to be spreading germs around)

You’ll need to sprinkle some snow over your Newfie every hour on the hour so that they’re really getting the outside effect and if you have a floor fan, that would be ideal to create a blizzard-like scene.

A ceiling fan will work also but it might not hit the Newf directly in the face.

If converting one of your rooms into a snow room isn’t feasible, just open the windows.

The snow will blow in eventually it just may take a little longer.

You could probably hook up some sort of fan outside to really get a good draft going. 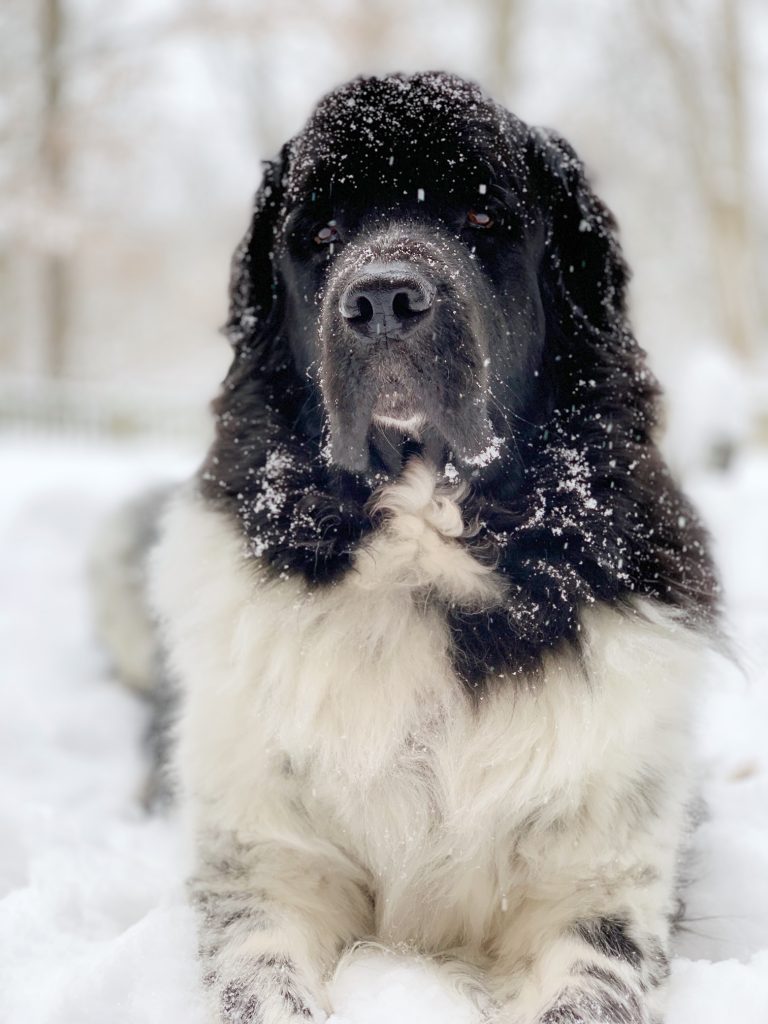 Make sure to make this space comfortable and rewarding.

Add some sticks, maybe a few icicles and always make sure that a half-frozen bowl of water is available!

Maybe……invite a few squirrels in too.

For added comfort, make sure that you provide your Newfoundland with a cooling pad to lay on. 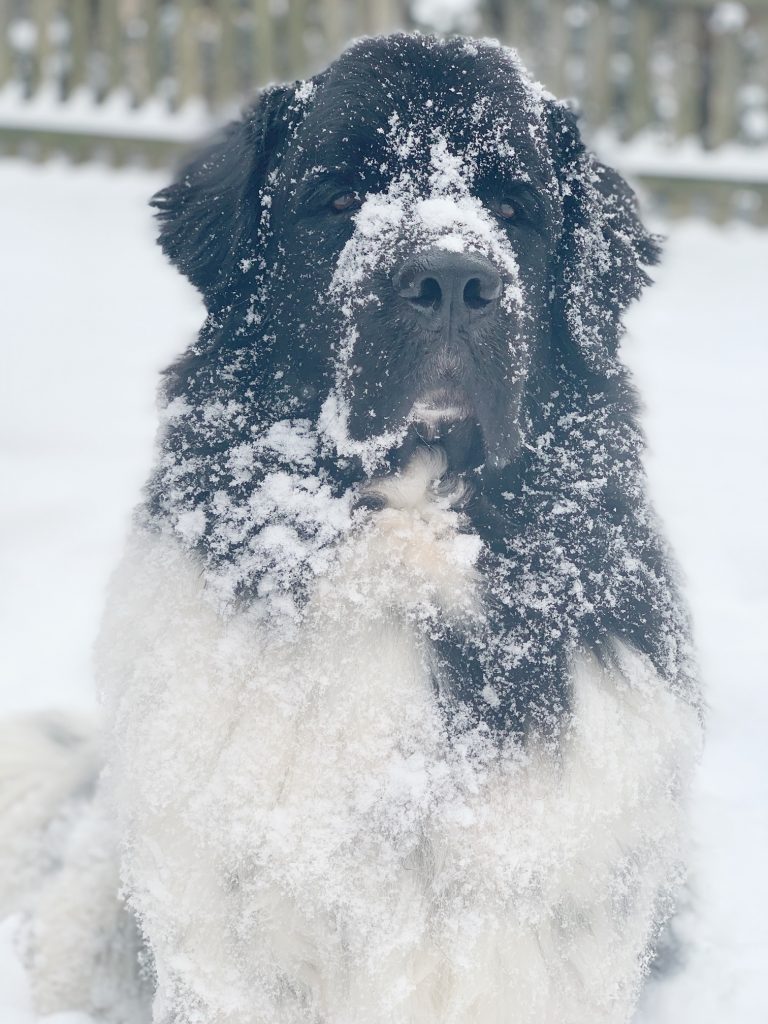 You could rest this on top of the snow or bury it under a thin layer of snow, it doesn’t really matter as long as it’s there.

If any of the above tips fail, don’t worry.

It’s going to warm up eventually and your Newfoundland will be forced to shuffle back inside and seek shelter from the balmy 40 degrees.

I just commented on another one of your posts about how much outside time is too much for a puppy? Sorry! Saw this post after the fact. I get that he loves the cold and I am ok with that but will it affect bonding or potty training? He is the sweetest little guy and we love him to pieces. I just don’t want to do the wrong thing. He eats and sleeps inside. Will hang around for short periods of time but then wants to go nap on the back porch most of the day. Do you suggest I restrict puppy outside time??

I don't think it would affect potty training but I wouldn't want to leave a puppy outside unattended for too long since they don't have their full adult coat yet and just to err on the side of caution:) Leroy used to love laying outside when he was a puppy but I always made sure to keep an eye on him and limit his time out there-however he was always getting into some kind of trouble:)