Have you ever wondered if your Newfoundland would protect you from being harmed by an intruder?

I have and I think there is a 99.8 percent chance one of them would.

For me, I think it would totally depend on the situation and how much danger they thought I or someone in the family was in.

Newfoundlands aren’t known for being watchdogs or guard dogs but due to the strong bond that they have with their owners, they can be very protective of their family.

Will a Newfoundland dog guard a house? 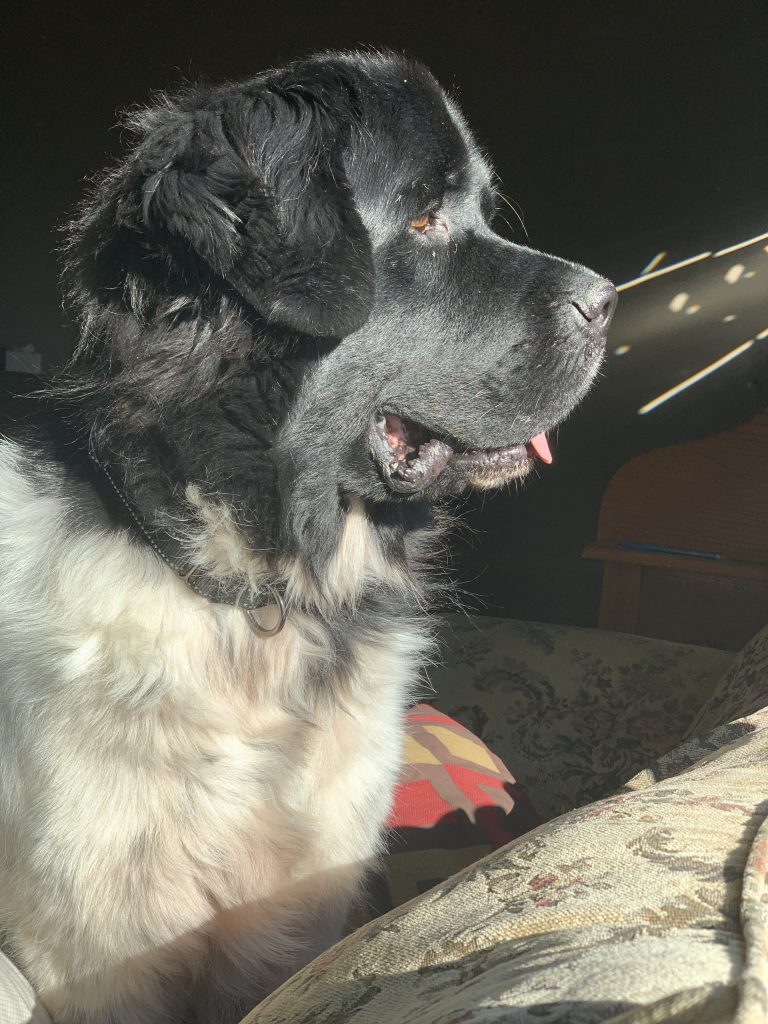 Newfoundlands aren’t into material things such as houses and its possessions so in many cases if a stranger was going to come into a home that wasn’t occupied and rob it, a Newfie probably wouldn’t make much of a fuss.

The sheer size of the Newfoundland is normally enough to deter a burglar from entering a home and their deep bark and slobber flying from their jowls is another good reason why a burglar might skip your house and move onto another.

Now, if the owners of the home were at home, that could be a different story. 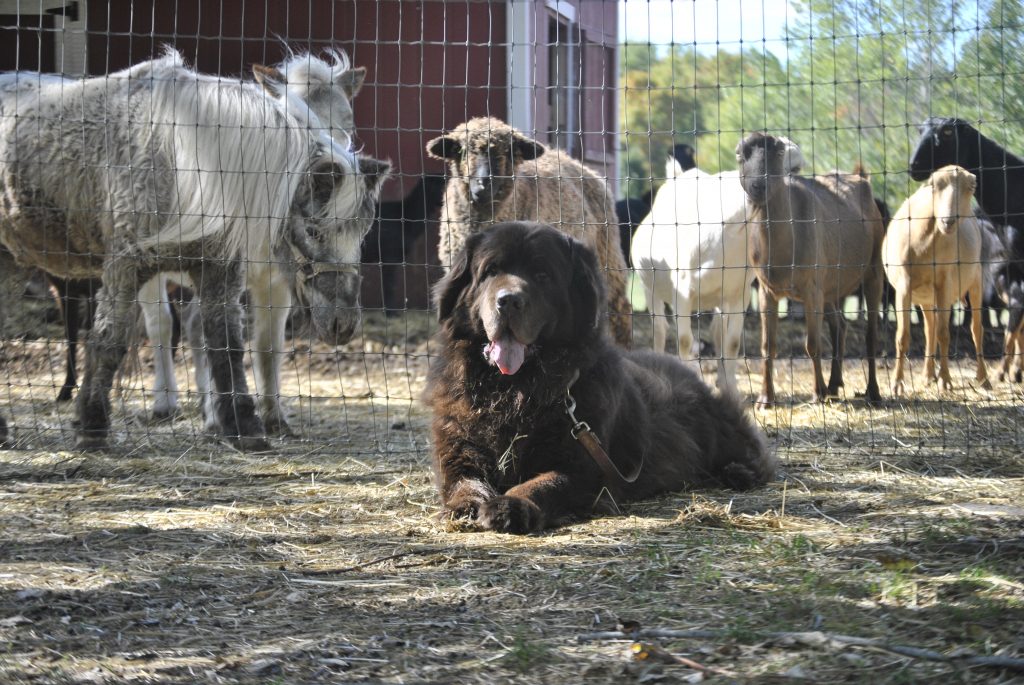 Newfies aren’t known to be livestock guardian dogs like the Great Pyrenees so while there may be some that will, most Newfies will be inside the house waiting for their owners to come home instead of protecting the chickens and chasing away coyotes.

Some Newfies may also have prey drive while others will not.

Will Newfoundlands Protect Your Property? 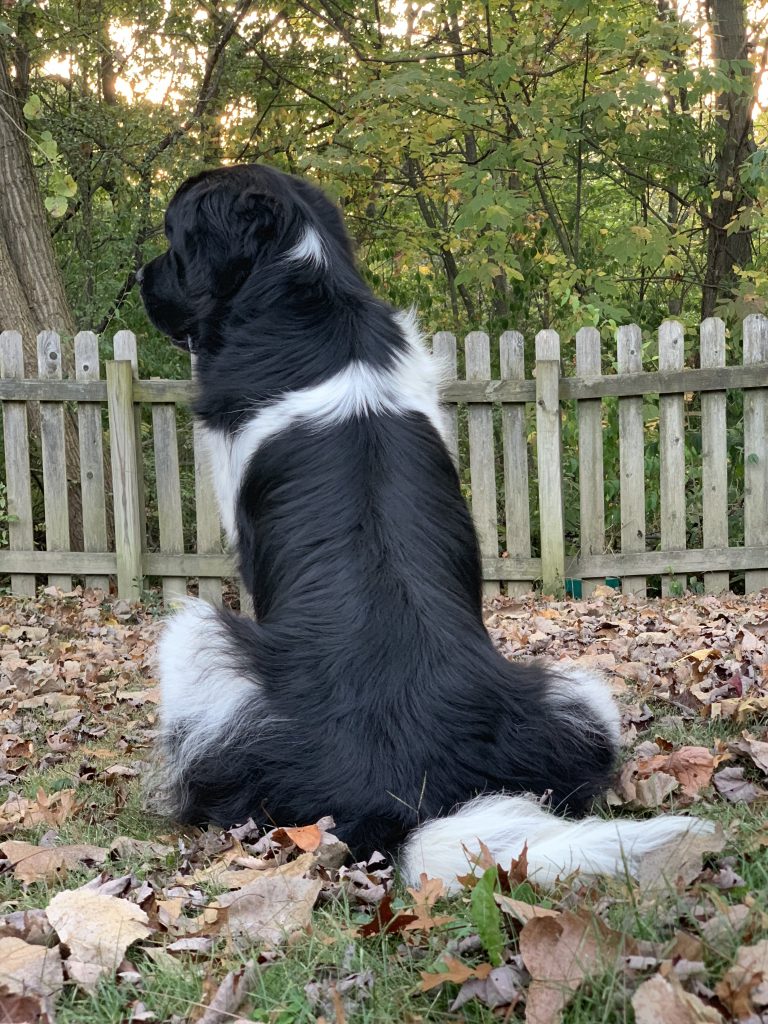 That may depend on what he thinks he is protecting the property from.

If a Newfie is outside lounging and the meter reader guy comes to read the meter, he will most likely be met by a happy, slobbery bear that will scare the poop out him.

Now, the squirrels and the deer may not be safe in some yards patrolled by a Newf, but the only concern the meter reader will usually have is getting some slobber on his pants.

Will a Newfoundland Protect Their Family?

Most likely yes but not in the traditional way.

Newfoundlands are well known for having a sixth sense, especially when children are involved, and if they sense danger they will normally steer their loved ones away from the danger.

Newfies also grow VERY attached to their families and will usually put themselves (their bodies) in between their family and the perceived threat.

Sherman used to do this all the time to me. If we were horsing around and things were getting a little too loud for his liking he would put himself between me and whatever was making me loud. Sometimes he would bring his favorite toy and drop it at my feet as a way of distracting me or the perceived threat.

Newfies aren’t known for attacking, they’re called gentle giants for a reason, but their strong bond with their families will often bring out their protective side.

Of course, there are always exceptions but in general, Newfoundlands are not known for their guard dog abilities but rather their protective instincts when it comes to their family.

Do Newfoundland Dogs Bark When They Sense Danger? 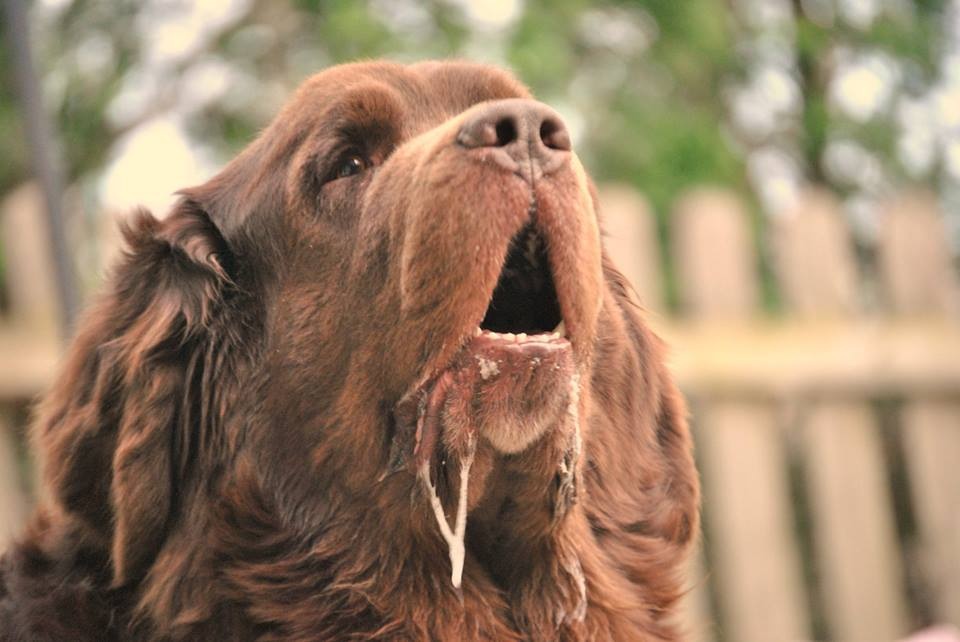 Many Newfoundland dogs will alert their owners if they sense danger in or outside the home.

It might not actually be an actual danger but they may bark at a sound from the wind, a passerby or an animal invading their yard.

Odin barked the other night when he heard the wind howling outside and Sherman used to bark whenever anything went bump in the night.

The only thing Leroy ever barks at is someone he sees walking by on the sidewalk or other dogs barking in the distance when he’s outside.

Leroy is NOT a “danger alert barker”. He’s more of an “I want to hear my handsome bark” barker.

So in most cases, a Newfoundland dog is not a guard dog in the traditional sense but most will protect their families in their own unique way.

With all that being said, there are Newfies like Leroy that would gladly take a steak as a bribe from someone.

I wouldn’t take my chances with Odin or Sherman though. 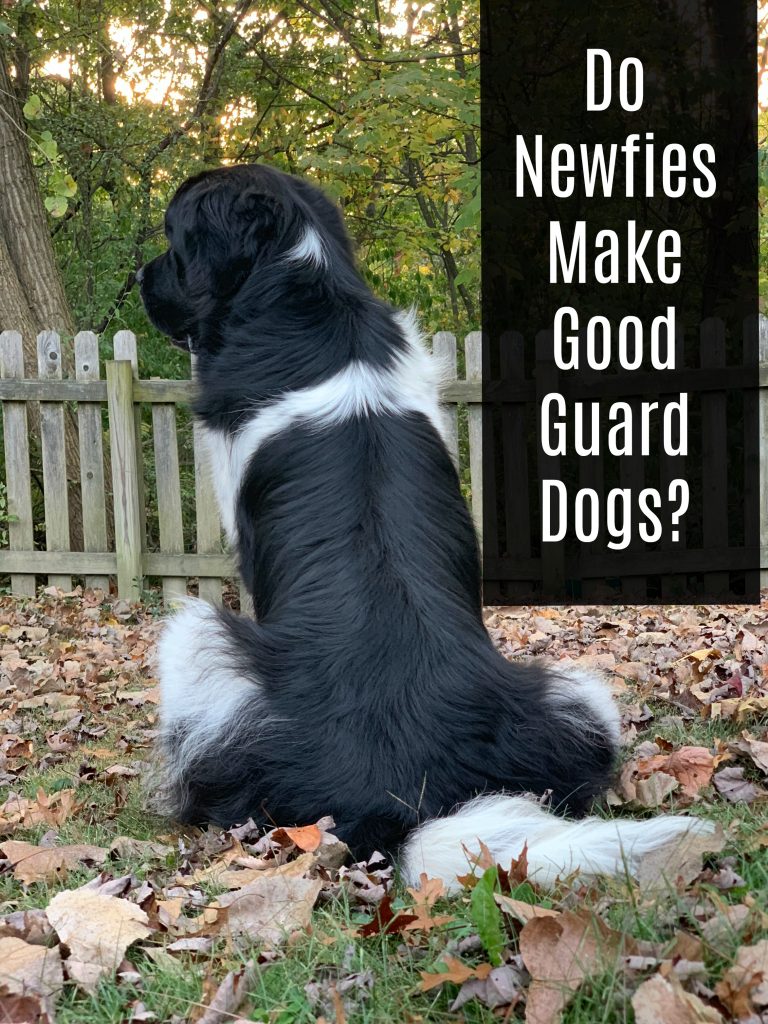 We adopted our Newfoundland, Riggs, this last May, when he was already 8 years old. O can't imagine a sweeter dog and love him dearly. However, I've already noticed some protective instincts, like grabbing my jacket and pulling me away from dogs fighting. I've also just noticed that he guards halls and doorways by lying in front of them, particularly when there are children around to protect. Have you ever heard of such a thing? It's like he wants to keep them safe and corralled in his chosen space! Here he is, protecting my nephew. https://photos.app.goo.gl/ddtScPKDRCwjFbWu5

Yes! Sherman used to do this when my kids were little too! He used to put himself in between the kids to protect them <3

They are super adorable!